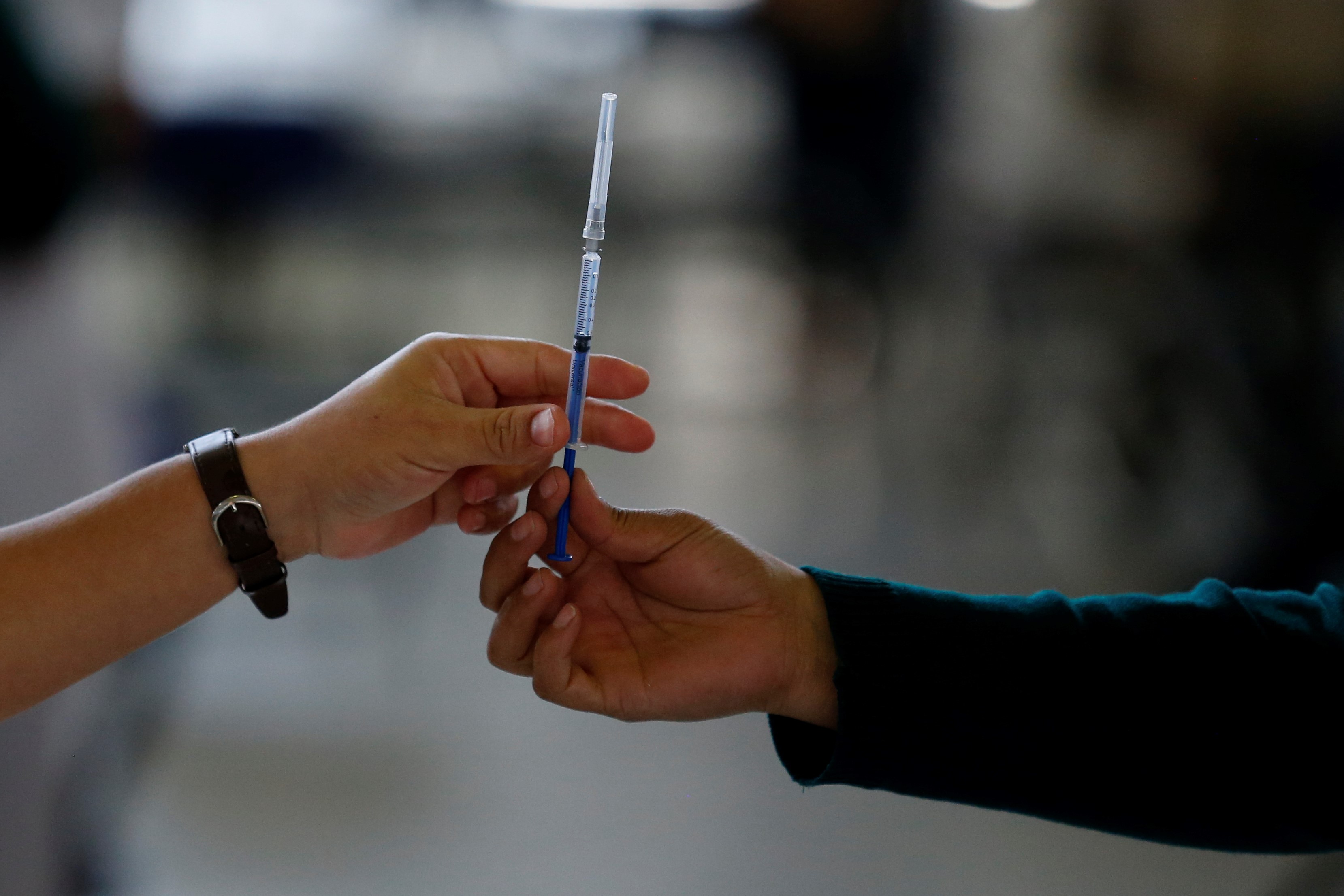 According to the latest statewide data, of the 811 districts, charter schools, renaissance schools and schools for individuals with disabilities operating in New Jersey, 100 are open for all in-person learning, 533 are hybrid, 142 are all remote, and 27 are a combination across buildings.

Murphy said this equates to roughly 74,000 students learning in-person and 760,000 on a hybrid schedule. Another 447,000 students remain all remote, he said, including those in many of the state’s largest districts, including Newark, Jersey City and Paterson.

New Jersey has lagged behind other states, including New York and California, in letting teachers get in line for the inoculation.

Teachers union officials, lawmakers and county commissioners have been highly critical of the governor in recent weeks for expanding vaccine access to residents age 65 and older and those younger with underlying conditions, including smokers, but not allowing educators — some of whom are teaching in-person — to register.

Murphy’s defense has been consistent: There simply aren’t enough doses to go around.

Now, with an anticipated influx of 73,600 doses of Johnson & Johnson’s one-dose vaccine, lawmakers say Murphy has run out of excuses.

“Give me 200 J&J doses in Wood-Ridge and I’ll have our schools open 5 days a week the next day,” state Sen. Paul Sarlo (D-Bergen) said in a statement this weekend, referring to his hometown.

Across the country, Florida Gov. Ron DeSantis also announced Monday that an expected larger federal allotment of vaccine doses later this week would allow his state to start vaccinating teachers. In California, Gov. Gavin Newsom and state lawmakers struck a deal Sunday that would push school districts to open classrooms to the youngest students by the end of March but stopped short of requiring teacher vaccinations.

Murphy cautioned during his regular briefing on Monday that the J&J vaccine will not be a “magic wand” to wave over crumbling school buildings’ infrastructure issues or fearful and stressed out teachers, but will serve as an “accelerant” to reopen schools.

Murphy said many of the details surrounding how the vaccines will be administered “are still being machined.” To reporters‘ questions about whether the state’s strained scheduling system can handle the expansion, the governor blamed “serious vendor issues” which he said have since “settled down.”

“There is a current supply-demand imbalance and there will continue to be,” he said, adding that the availability of appointments and doses will remain “ebbing and flowing until we get through this.”

In New York, where teachers have been included in the vaccination eligibility since January, unions have been struggling to comply with Gov. Andrew Cuomo’s request that they organize vaccinations for their own members.

Though Murphy has not said whether New Jersey will take the same approach as its neighbor across the Hudson River, he’s likely aware of New York’s rapid expansion and subsequent inability to deliver in a timely and organized manner.

New Jersey has had a much more measured — Republicans have called it “sluggish” — vaccine rollout. Even in this latest expansion, which also includes taxi and rideshare employees, clergy and probation officers, college and university staff and students remain excluded.

New Jersey Education Association President Marie Blistan, one of the most prominent voices pressuring Murphy to vaccinate teachers, called Monday’s decision to expand eligibility to educators “an important step” to reopening schools, but stopped short of saying the expansion alone would be sufficient to get kids back in school.

Local union members in Montclair, South Orange-Maplewood and Middlesex Borough in recent weeks have refused to show up to teach in-person, citing what they say are unsafe ventilation systems and general infrastructure issues within their school buildings.

It remains unclear whether the promise of vaccinations will be enough to assuage educators as Covid-19 outbreaks continue to crop up in schools.

Sarah Mulhern Gross, a high school teacher in Lincroft, Monmouth County, said her eligibility “is a relief and is long overdue,” but said there are still too many unknowns, such as how effective the vaccine will be against new strains and whether schools will still require strict masking and social distancing now that teachers may be vaccinated.

“We are so close to beating this thing. I don’t want to see us mess it up now in the name of adding a few more days in-person during the last 12 weeks or so of the year,” Mulhern Gross said in an interview.

At the latest count, there have been 152 school outbreaks linked to 737 cases statewide. Teachers — and the NJEA — have said those figures “are misleading at best,” because they do not count cases connected to extracurricular activities or cases contracted by school staff or students outside of the classroom.

Blistan has now shifted her union’s focus to urging the governor to include higher education workers who are not eligible for the vaccine despite being in the same 1C vaccination category as migrant workers and tribal populations included in Murphy’s latest expansion.

“We call on the administration to immediately extend that access to employees in higher education who are equally as exposed and equally as critical to fully reopening our state for in-person instruction,” Blistan said in a statement.

Asked during Monday’s briefing when university staff and students would be able to get vaccinated, Murphy said, “we will get to higher ed and we will get there soon.”