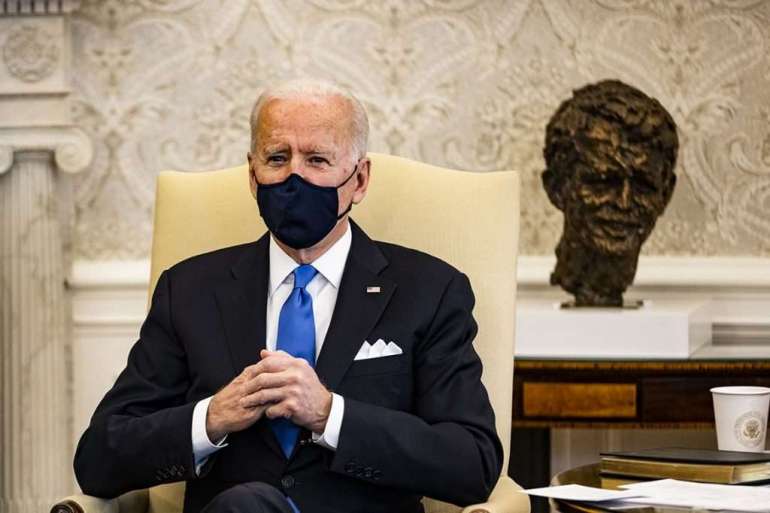 It marked a rare public escalation of tensions between the White House and GOP governors that the administration has tried to tamp down for weeks, both to keep the pandemic response on track and in acknowledgment of the fact that there’s little the administration can do legally to rein in states that go rogue.

“We are actively, actively being very clear on what we think needs to happen,” said Andy Slavitt, a senior adviser to Biden’s Covid response team. “We were realistic enough to recognize that everyone’s not going to pay attention to everything we say.”

The states’ lifting of restrictions comes at a particularly sensitive moment. The U.S. is showing signs of turning the corner on hospitalizations and deaths from the crisis’ January peak. The federal government has deployed tens of millions of Covid vaccines, with far more on the way in the coming weeks.

And just hours before Texas and Mississippi dropped their restrictions, Biden was touting a new vaccine manufacturing deal that puts the country on track to have enough doses for every American adult by May.

Health officials worry that the recent progress could quickly unravel if states rush to reopen while new, more contagious strains of the virus are proliferating. That’s because it will take months just to vaccinate the majority of the nation and edge closer to the herd immunity needed to end the crisis.

“The next month or two is very pivotal in terms of how this pandemic goes,” said Centers for Disease Control Director Rochelle Walensky, one of the administration officials who’s sought to play up the importance of personal responsibility. “Every individual is empowered to do the right thing here, regardless of what the states decide.”

The back-to-back announcements from Texas Gov. Greg Abbott and Mississippi Gov. Tate Reeves on Tuesday evening surprised and angered Biden officials who have gone to lengths in recent weeks to court governors on both sides of the aisle, and consciously avoided criticizing individual states over early slowdowns in vaccine distribution.

“Crazy,” one senior administration official said soon after the announcements. “Last thing we should be doing right now is putting down our guard.”

Another senior administration health official told POLITICO that the White House believed the Texas and Mississippi announcements — posted on Twitter within 30 minutes of each other — were a “coordinated effort” by Republican governors, and that it expected to see more in the coming days.

Alabama Gov. Kay Ivey could lift the state’s mask mandate later this week, with a spokesperson telling POLITICO that Alabama is “heading in the right direction” and that Ivey’s “made clear that she prefers personal responsibility to government mandates.”

Mask requirements in seven other states — six led by GOP governors — are due to expire before the end of the month, in what could quickly become a political litmus test.

“Some of these governors are desperate to show themselves as being on the side of getting back to normal,” said Martin O’Malley, former Democratic governor of Maryland, predicting that a handful of Republican governors will soon be “tripping over each other to see which one could be most in favor of freedom.”

Yet even as Biden on Wednesday called easing restrictions “a big mistake,” his administration has few options to force a reversal — and will need to walk a delicate path to avoid further blowups over reopening schools and businesses.

The federal government cannot overrule individual states’ pandemic decisions in modifying or lifting public health measures and economic restrictions, a limit that Biden has already encountered in his rocky efforts to restart in-class instruction and convince all Americans to wear masks during his first 100 days in office.

Even before Texas and Mississippi dropped their mandates, more than a dozen states had flouted the White House’s push to require mask wearing. In Massachusetts, Gov. Charlie Baker said Monday he would no longer enforce capacity limits for restaurants.

Former Republican governors waved off criticism of the moves, arguing that the issue of masks and shutdowns have been politicized for the last year.

“There has been politics involved all along even by the liberal governors who have played politics with it by picking and choosing,” said former North Carolina Gov. Pat McCrory. “Universities open. K-12 closed. Breweries open. Bars closed. Why is that?”

And while Biden still could threaten to withhold federal funding or resources to penalize a state — as former President Donald Trump did throughout last year— it would prompt immediate backlash and undercut the administration’s attempts at unity.

“I recall the president indicating he wouldn’t or couldn’t impose a nationwide mask mandate,” said Tim Pawlenty, the former Republican governor of Minnesota. “If that is accurate, he has answered the question for you.”

Instead, Biden officials indicated they’ll keep in close private contact with governors in an effort to hammer home the need to maintain restrictions — and at the same time, may seek out other state and local officials who could help convince people to stick with sound public health practices.

In briefings with state officials, the administration has highlighted its reliance on information from scientists and doctors and tried not to focus on individual states or governors, according to a person familiar with the calls. Local health departments and individual businesses could still require customers to wear masks in some states.

Though health officials in Texas are limited in what measures they can enforce, several decried Abbott’s decision as premature — including one of the governor’s own medical advisers.

“Texas has been making real progress, but it’s too soon for full reopening and to stop masking,” Mark McClellan, a former FDA commissioner now at the Duke-Margolis Center for Health Policy, wrote in an email, adding that he wasn’t consulted on Abbott’s decision.

One Feb. 26 internal briefing document from the Federal Emergency Management Agency showed that four states, including Texas and Mississippi, were in the “red zone,” defined as having a positivity rate over 10 percent. The other two states were Oklahoma and New Hampshire, according to the briefing, which cited CDC data and was obtained and reviewed by POLITICO.

For all that, the situation is forcing the White House to confront the limits of its power while disrupting carefully laid plans for months of masking and distancing measures as it raced to accelerate vaccinations.

Biden health officials in the coming days are likely to step up their appeals, stressing the promise of a subsiding pandemic within mere months and the human toll if the nation begins to backslide.

“This entire country has paid the price for political leaders who ignored the science when it comes to the pandemic,” White House press secretary Jen Psaki said Wednesday.

Erin Banco and Rachel Roubein contributed to this report.