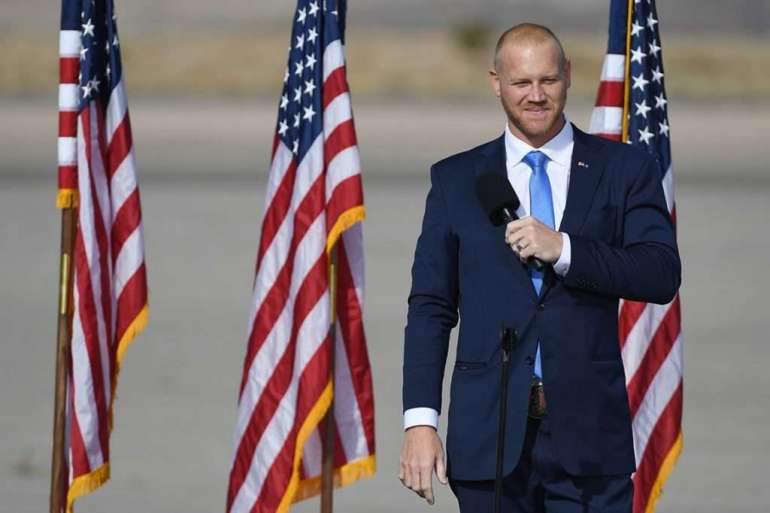 Rodimer arrived in Austin late Wednesday afternoon, telling people he’d been encouraged to run by Cruz and members of Trump’s family, according to two people familiar with the exchange who requested anonymity.

Rodimer, one-time World Wrestling Entertainment sensation who lost elections to Congress and state Senate in Nevada over the past three years, shocked Republicans in Washington and Texas with his decision to enter into a crowded field that has 22 other candidates, including the late member of congress’s widow. He has no previous ties to the district but raised more than $3 million for his 2020 race and could be formidable in a muddled run.

His run also raises questions about Cruz’s role and future clout in the state. The state’s junior senator and former presidential candidate recently came under fire for taking a trip to Cancún, Mexico, while his state was stricken by a severe winter storm. A Cruz spokesperson did not respond to POLITICO’s request for comment.

Rodimer initially tried to file to run on Wednesday afternoon in Fort Worth. When he realized he needed to file in Austin, which is several hours away with traffic, he chartered a plane to take him there.

He told people he was encouraged to come to Texas to file for the seat by members of Trump’s entourage and that he had come from Mar-a-Lago and would be returning there after, according to people familiar with his exchanges. He said Cruz “wanted to see him in Congress,” as well, according to those observers.

In emailed answers to questions posed by POLITICO, Rodimer declined to directly answer whether Trump or his family urged him to begin a campaign.

“A number of individuals have privately encouraged me to run for office in the state. I did have dinner with Sen. Cruz a couple of weeks ago, and he thought I should consider a future run but not specifically this seat,” Rodimer said.

Nearly two dozen candidates, including 10 Democrats and 11 Republicans, signed up to run in the special election by the close of the filing period. Many local leaders have begun to coalesce behind Susan Wright, the widow of the late congressman and a longtime politico in the state and member of Texas state Republican executive committee. Other candidates include state Rep. Jake Ellzey, a veteran who ran against Wright for the then-open seat in 2018 and Brian Harrison, a former top Trump aide at the department of health and human services.

Katrina Pierson, a former top Trump campaign spokesperson who ran for a nearby seat in 2014, was considering a bid but decided against it on Tuesday. Rodimer said her decision to sit out the race helped convince him to enter.

But he will certainly face carpetbagging attacks. It’s not clear if Rodimer has spent much time in the district before filing for Congress. He said in a statement, he and his wife decided to move to Texas after his defeat last November and had landed on Fort Worth for its “wide open spaces” and “down home feel.”

“We have been looking for houses and apartments for the past few months, but hadn’t really thought about running for Congress again,” he said. “It wasn’t until I saw the lunacy of the open border policies of the Biden administration that I was encouraged to run to bring common sense values to Washington, D.C.”

Rodimer has noted that he previously worked as a homebuilder in Houston and owned a house in Galveston — both are hundreds of miles away from the district.

The race for Texas’ 6th District, which includes a huge swath of the region southwest of Dallas and the city of Arlington, will offer a first look at how suburban voters behave in the post-Trump era. The May 1 race is an all-party election; if no candidate clears 50 percent of the vote, as is considered likely with so many candidates on the ballot, the race advances to a runoff to be scheduled later.

In his most recent bid for a Nevada congressional seat, Rodimer was dogged by the airing of his old arrest records. He was accused of assault three times between 2010 and 2013 and of punching someone during arguments at restaurants and nightclubs, the Associated Press reported in October 2019.

House Democrats ran TV ads airing his past, citing a police report that said Rodimer caused “intracranial bleeding” in a person he assaulted. “Rodimer himself said he likes to ‘f—‘ people up,’” a narrator said in a spot.

A second report from the Associated Press in July 2020 revealed that the Las Vegas police responded to two 911 calls in 2018 from Rodimer’s now-wife, alleging domestic violence and that Rodimer had stolen her jewelry and guns. The two are now married with children.

Upon arriving in the state this week, he first inquired about Texas’s residency requirement to run for office. He said only recently registered to vote in the state and wanted to make sure that would be sufficient for him to file, according to people familiar with the exchange.

Republicans are optimistic they will hold this seat, but there is some potential for it to become competitive. Though the district has a lot of GOP DNA, it has been trending toward Democrats since 2016. Mitt Romney carried it by 17 points in 2012, but Trump won it by just 3 points in 2020.

A few potentially strong Democrats candidates filed for the seat, including educator Shawn Lassiter and Lydia Bean, the 2020 Democratic nominee for a state House seat.

Known as Dan Rodman when he performed for World Wrestling Entertainment, Rodimer has made his past as a wrestler a motif of his campaigns. He is also an attorney who graduated from Ave Maria School of Law in Southwest Florida.

“Everything’s bigger in Texas — and you can see the size of me. I’m running because we need to fight to keep our constitutional right-friendly states,” he wrote in a statement on his website.

His website also notes that he ran for Nevada state Senate in 2018. And in his 2020 House run, he received endorsements from Trump and Cruz.

When Rodimer arrived in Texas on Wednesday, he didn’t say he had Trump’s endorsement for this race — but he told people he hopes to get it.

“We’ll see,” he said, according to one source.