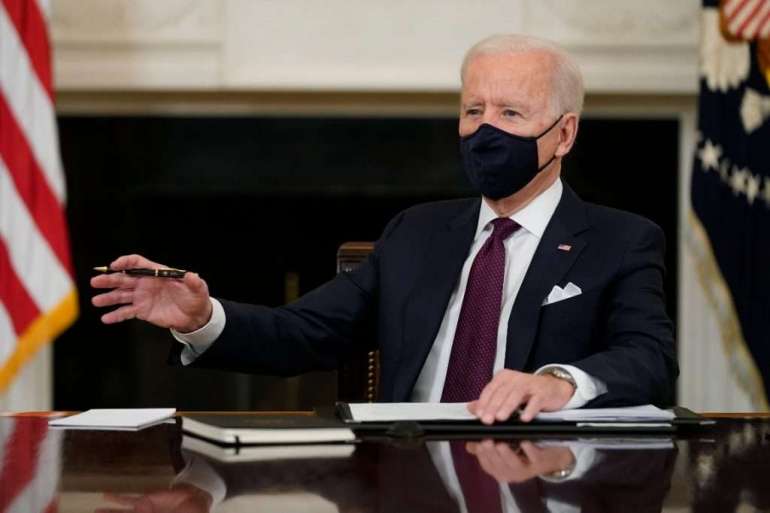 According to an HHS draft document, coordinating hubs will be asked to report county-level data on the number and type of Covid-19 tests administered each month. The hubs will also be tasked with coordinating delivery of test results within two to three days and establish a sustainability plan to ensure testing capacity is maintained after federal support ends.

Marcus Plescia, chief medical officer for the Association of State and Territorial Health Officials, said the push to reinforce the importance of testing as an infection control mechanism is particularly important because states and the public are so focused on vaccine distribution.

Testing works hand-in-hand with vaccination to help beat the virus back, Santos said on the administration’s Thursday call with industry.

“With the vaccine available, there is a real opportunity to get to zero transmission and stay there,” he said. “But to do so we need to increase testing capacity and to continue to identify and stop spread. Maintaining high levels of testing as vaccination rolls out and transmission decreases is critical to controlling this pandemic and to preventing another wave.”

Other experts said they expect testing numbers to rebound, even without the new testing program, once the U.S. begins to reopen and more people travel. But the increasing availability of point-of-care tests means many tests may not be reported, said Georges Benjamin, executive director of the American Public Health Association.

That could pose a challenge for public health officials trying to understand the spread of the virus before the country sets up a dedicated surveillance system for Covid-19 that is similar to what it uses to monitor influenza.

“You want your surveillance system set up with some depth, some clear definitions so these ebbs and flows that are outside of that don’t influence your surveillance,” Benjamin said. “I’m worried that we’re not building that other system fast enough.”

Bruce Tromberg, a scientist at the National Institutes of Health who leads the federal government’s Rapid Acceleration of Diagnostics initiative, said his unofficial estimate is that the results of more than 2 million daily point-of-care tests are not being reported to health authorities.

An HHS spokesperson said the coordinating hubs are one piece of a broader strategy to ensure the country is testing enough to mitigate spread of the virus. “We look forward to continuing to announce more testing measures in the weeks ahead,” the spokesperson said.

The new federal coordination centers could have long-lasting benefits, beyond increased testing, that are only realized years down the line, Becker and Giroir said. Much of the lab capacity for the public-private partnership is expected to come from academic labs at universities across the country that will train the next generation of biostatisticians and lab workers.

“You’re never going to lose by investing in equipment and training at the universities,” Giroir said. “How many times have you heard, we don’t have the lab technicians, we don’t have the workforce. All this could be used for that.”

Becker hopes the result will be a more resilient public health system ready to respond when the next threat arrives.

“We needed to stand up this massive testing infrastructure,” Becker said. “And I think the next time there’s some new emerging disease, we’re going to be much better prepared, based on the experiences we had here.”