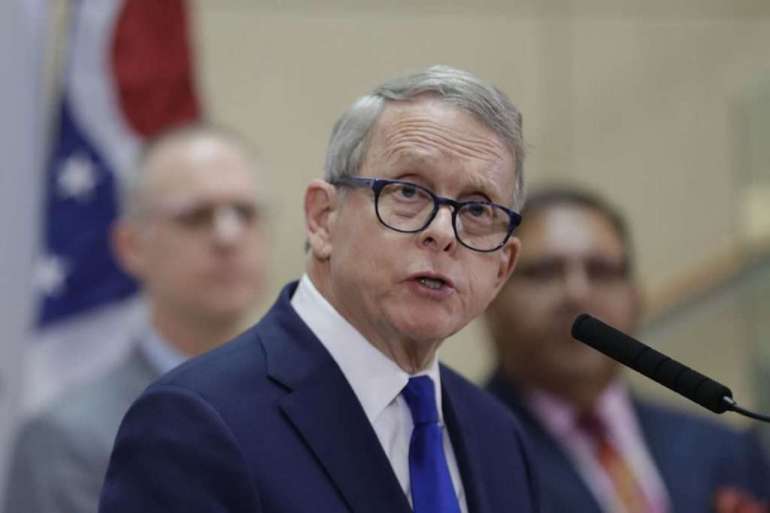 Their decisions drew condemnation from President Joe Biden. “The last thing we need is the Neanderthal thinking that in the meantime everything’s fine, take off your mask, forget it,” he said Wednesday,

DeWine declined to criticize his fellow Republican governors but said Ohio was going to continue to do what it has been doing.

“When we put the mask order on and actually started enforcing it, we saw a significant drop in cases,” he said.

More than 524,000 Americans have died of Covid-19, and almost 29 million have been diagnosed with it, according to Johns Hopkins.

On “Fox News Sunday,” Arkansas Gov. Asa Hutchinson defended his decision to ease up on some requirements for businesses. And he also noted that Arkansas’ mask mandate is still in place at least until the end of the month, when it will be lifted if the Covid numbers have improved to certain levels.

“We are not out of the woods,” he said, “but at the same time, the key is hospitalizations, and because of improved therapeutics and because of the vaccines, because we have more people following guidelines and taking it seriously, we are in a pretty good position. If it goes the wrong direction, we can take the steps necessary but people have to have hope.”

He also declined to criticize his fellow Republican governors in Texas and Mississippi for their more dramatic moves.

“This just reflects that governors can do it different ways,” Hutchinson said. “Flexibility, I think, is the model of our states, but for me and Arkansas, I wanted to set a goal and give people hope that we can end the mask mandate.”

Reeves on Sunday said he did not want to discourage mask use.

“If you have not received the vaccination, and you are going into a large crowd, or if you’re going out to dinner, I strongly encourage Mississippians and people across the country to wear a mask, because I believe that it does, in fact, reduce the ability of individuals to spread the virus,” he said on CNN’s “State of the Union.”

But Reeves also told host Jake Tapper it was he — and not his critics — who was paying attention to the data, citing Mississippi’s improved Covid numbers as evidence.

“The fact of the matter is that all of these individuals who for a year have said follow the science, follow the data, now want me, when things are going down, to completely ignore the data.”