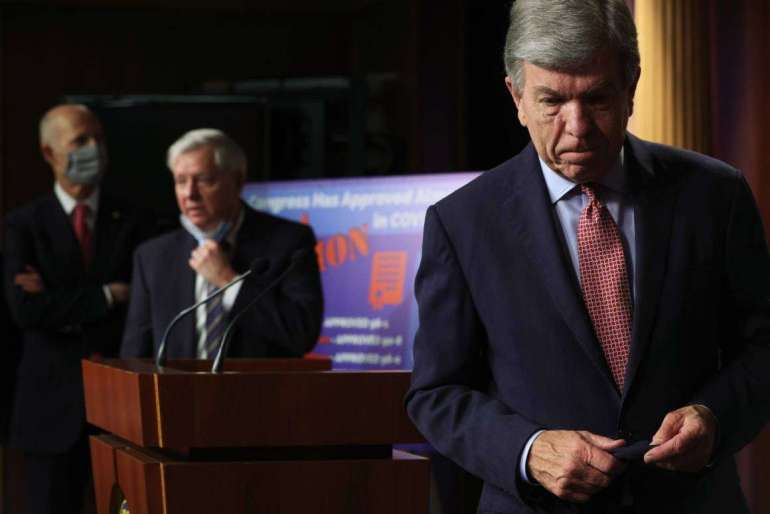 Blunt, 71, has been a mainstay in Washington politics and the Republican establishment for more than two decades. First elected to the House in the 1996 GOP wave, Blunt served as House Republican whip before jumping to the Senate.

In announcing his retirement, Blunt joins GOP Sens. Rob Portman of Ohio, Pat Toomey of Pennsylvania, Richard Shelby of Alabama and Richard Burr of North Carolina, all of whom opted against seeking reelection in 2022. Sens. Chuck Grassley of Iowa and Ron Johnson of Wisconsin have yet to reveal their plans.

Missouri is not likely to be a competitive state for Democrats on the Senate map next year — Trump won the state by 15 percentage points last year — though Blunt’s retirement could set off a competitive primary battle to replace him and could give Democrats a chance to expand their 50-50 Senate majority.

Sen. Rick Scott of Florida, the chair of the National Republican Senatorial Committee, vowed that Republicans “will hold this seat” and said the Senate GOP campaign arm “will work tirelessly” to do so.

Blunt narrowly defeated Democrat Jason Kander in 2016, but Trump carried Missouri handily twice. Kander indicated on Monday that he will not run for the seat, saying he wants to stay focused on the veterans group he runs. “Love this work, don’t want a new job,” Kander said.

In a statement on Monday, Sifton said Blunt’s announcement “shows just how high the stakes are for Missouri families next year” and called the race “an opportunity to vote for better leadership.”

Former Sen. Claire McCaskill (D-Mo.), who served for two terms in the Senate but was defeated in her bid for a third by Republican Josh Hawley, said Monday she won’t run for public office again.

On the GOP side, Greitens has already begun laying the groundwork as the pro-Trump, anti-Mitch McConnell candidate in the race. The former president and the Senate minority leader are at odds over the future of the GOP and the best way for the party to win back control of the Senate in 2022, with McConnell promising to back candidates regardless of their support for Trump, and the former president suggesting that McConnell should no longer lead Senate Republicans.

Blunt voted to acquit Trump in the former president’s most recent impeachment trial in the Senate but occasionally broke with Trump throughout his term. Blunt’s decision, combined with the other four senators not seeking reelection, could suggest a level of discomfort with the direction of the party, especially with Trump looming over the GOP’s future.

James Arkin contributed to this report.