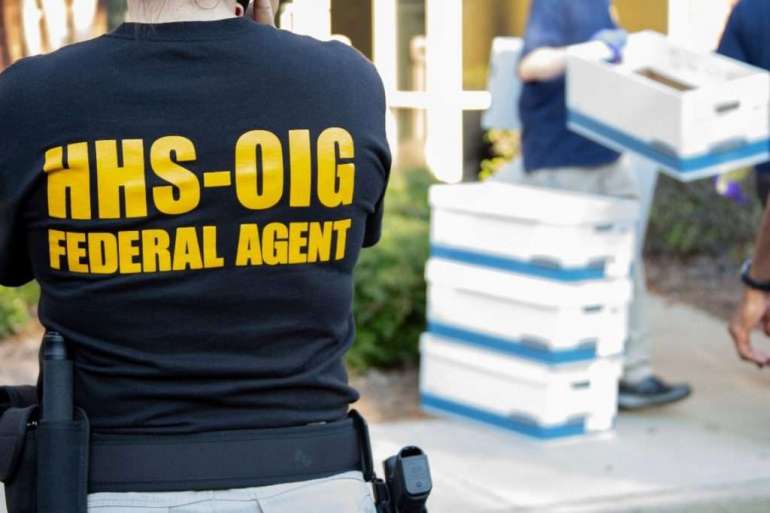 The ongoing IG investigation underscores the CDC’s focus on gathering accurate race and ethnicity data on Covid-19 as a way to better understand how the pandemic impacts Americans. Communities of color have suffered disproportionate rates of death during the pandemic. More accurate tallies could influence federal officials’ decisions to reallocate resources or target outreach efforts.

The probe also highlights the gap between the federal government and state health agencies’ data collection efforts — a topic that has for months concerned officials inside the CDC and elsewhere in the administration, including in the White House, and in the wider public health space as well. Accurate race and ethnicity data is crucial for documenting the pandemic’s toll — and ensuring the administration’s response is equitable, officials said.

“To a certain extent the federal government can only do so much in the way it collects this kind of data,” one senior administration official working on Covid-19 data told POLITICO. “We have to rely on the states and the systems and platforms they use to collect. And you also run into the issue of how you get more people to answer these kinds of questions when they come in for a test or shot.”

Gathering accurate and relatively complete race and ethnicity data has been a longstanding problem in public health. One 2016 study compared five different databases containing data on cancer patients diagnosed at two hospitals, and found that the availability of race and ethnicity data varied wildly — from 28.1 percent in one record system to 99.9 percent in another.

The reasons for these problems are complex. Data might get dropped as it’s passed along from providers to states. Some patients may not want to give information about their race and ethnicity to doctors, and some doctors may not want to pry or guess about a patient’s background.

But collecting such data has become more critical during a pandemic that has disproportionately hurt people of color. According to the CDC’s data — which is most complete of all, at 74 percent of cases, for mortality — Black and Hispanic people are dying at rates in excess of their share of the population. Public health experts believe such data, from cases to vaccinations, is necessary to figure out what communities might need targeted interventions.

Sustained attention to the missing-data problem has led to limited progress. Early in the pandemic data was missing in perhaps three-quarters of coronavirus cases. That improved to approximately 50 percent of cases by the summer of 2020, but progress since then has been stuttering. The availability of race and ethnicity data for vaccine recipients has settled at a similar level.

The HHS IG probe is representative of a larger conversation around the agency’s data collection methods, officials said.

For the last several months senior officials working on data on vaccinations, mortality and life expectancy, among other topics, have held a series of meetings about the need for the agency to modernize its systems. That focus has come up within the agency for the past decade at various times, officials said, but when the Covid-19 pandemic hit, the gaps in reporting became more apparent.

Officials said the inspector general’s office first raised the idea of looking at the race and ethnicity data issue in December, when the country was experiencing a surge in Covid-19 cases just weeks before the federal government began rolling out vaccines.

Up to that point, the CDC had struggled to keep up with the number of cases, tests and deaths associated with Covid-19. At one point during a surge of new cases during the summer of 2020, the agency fell several weeks behind in its calculation of deaths because states were not reporting their tallies to the federal government, according to a senior official at the CDC familiar with the situation.

That situation continued into 2021. Early in the new year, the CDC was five weeks behind in updating its Covid-19 death tallies, that senior CDC official said. During the Trump administration, HHS officials tried to convince the CDC to change the way it works with states on collecting Covid-19 data, saying it took too long and was too often inaccurate.

The Government Accountability Office is also working on a report about the CDC’s data collection methods. It is part of a broader look at the disparate and often confusing way the federal government tracks Covid-19 and its impact on Americans. Officials told POLITICO that report will likely recommend the CDC and HHS condense their data work on the pandemic.