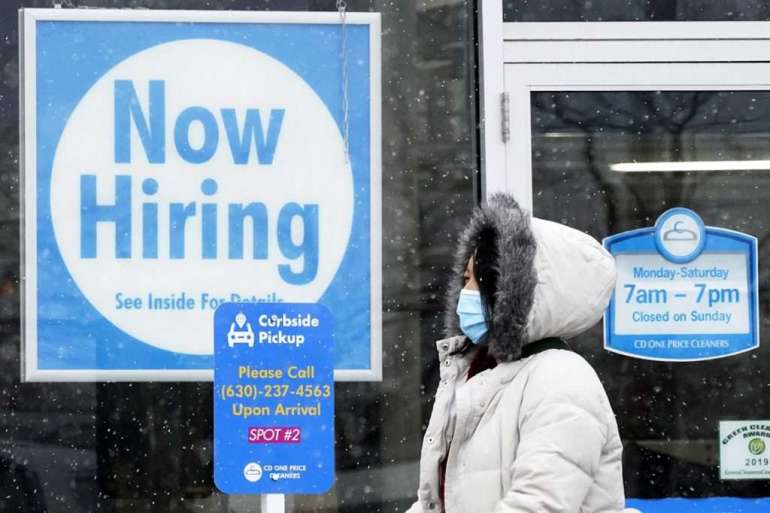 It could be a Morning in America moment that further turbocharges an economy already primed to pop, reduces economic inequality and lofts Biden to the kind of economic hero status enjoyed by the likes of Franklin Delano Roosevelt after the Depression and Ronald Reagan in the boom-time 1980s.

Or it could be a fiery accelerant for global markets as gas prices surge, home prices jump, speculative assets soar and investors increasingly fear the kind of sharp inflation spike that can hit with remarkable speed if the government pours too much gasoline on an already warming economy.

It will be a moment of glory for Biden when he signs the new relief act in the coming days, the centerpiece of his early agenda. But a sunny ending is not fully guaranteed, with the nation taking an almost entirely new path on managing the economy.

“If it works out well, Biden will be viewed as a hero and he’ll deserve it,” said Len Burman, a Syracuse University economist and co-founder of the Tax Policy Center. “This is the first time that we’ve ever really provided enough stimulus and the risk is that it will be too much. And inflation is a real risk. But if it works out badly, at least we’ll know the result of a grand experiment like this.”

The economy created a surprisingly high 379,000 jobs in February, with expectations for much higher numbers ahead as bars and restaurants reopen and Americans begin to travel again in far higher numbers.

Chief executive confidence recently hit a 17-year high as companies prepare for a return to something close to a normal economy later this year. Small business confidence is also rising though at a more cautious pace. Consumers in the world’s largest economies are also sitting on nearly $3 trillion in extra cash piled up during the virus lockdowns, meaning demand for everything from travel to cars to new merchandise is likely to rise even further.

Signs of inflation are already popping up around the country with gas prices soaring and likely to go higher. New and used car prices are also spiking as are home prices in many markets, creating worry among policy makers about people getting priced out.

And then there are the long-lofty equity markets and largely speculative assets like Bitcoin that continue to rocket amid record low interest rates and giant infusions of cash into the system from the Federal Reserve and Congress.

Millions of Americans soon will be getting thousands of dollars in stimulus payments along with expanded unemployment benefits, an enormous expansion of child tax credits, far more generous health care subsidies and targeted relief for smaller businesses, particularly those owned by people of color and women.

Progressives cheer all of these things as major advances that will both boost the economy in the near term and possibly make a dent in economic inequality that only grew worse during Covid.

And many economists also note that the need among huge swaths of Americans for more relief is still very much alive. The nation remains around 11 million short of the number of jobs that would have existed absent the Covid lockdowns. The jobless rate remains elevated at 6.2 percent and would be closer to 10 percent if the millions who left the workforce during Covid — a figure dominated by women — were included.

There is certainly a chance it is too large, they say, and could lead to sharp price spikes and quicker Fed interest-rate hikes. Tech stocks, meme shares and crypto assets all could take hits. But that might not necessarily be a bad thing if bubbles deflate slowly and not all at once.

“There really is no choice but to provide this kind of support, and we’ve been living with sub-optimal inflation for almost two decades,” said Mark Zandi, chief economist at Moody’s Analytics. “Bring on the inflation. Let’s see it before we worry about it. And interest rates are too low, anyway. Investors are not at all prepared for higher rates and inflation.”

“Markets are frothy,” Zandi added. “And it would not be bad to take some starch out of them sooner rather than later before these bubbles can inflate much further.”

That is the most sanguine view of the new shower of cash about to cascade down on America: A gentle readjustment in markets, slightly higher interest rates in the economy and much lower unemployment alongside a sharp reduction in economic inequality. It’s the Biden dream scenario.

The more worrisome outlook is that a massive glut of consumer savings — padded with yet more stimulus checks and a concluding pandemic — will create a massive demand spike with nowhere near enough supply to meet it. That would mean sharp price increases that could force the Fed into multiple rate hikes sooner than anticipated.

Such a campaign of hikes would make borrowing costs far more expensive for consumers at the same time as their purchasing power declines. It would also make the cost of servicing the ballooning national debt much higher and possibly stomp on Biden’s hopes for a multitrillion-dollar stimulus package, one that already faces some tough opposition from Republicans.

“Our debt is clearly on a totally unsustainable path and we simply don’t know that rates are going to stay this low forever,” said Burman. “If markets got the idea that the U.S. was no longer that safe of a haven, rates could go up very quickly. That is not a ‘right now’ problem. And it makes sense to invest in smart things right now. But it can become a problem.”

Even before new stimulus, economists expected very robust growth in 2021 as the nation — hopefully — escapes the Covid tractor beam. Adding the new stimulus has estimates for gross domestic product growth for the year around 7 percent or even higher, figures not seen since the 1980s.

That growth could lift people out of poverty, drive up wages in a non-inflationary way and vault Biden to economic hero status. Or it could spark the kind of inflation that vaporizes consumers’ buying power and invites crushing rates hikes from the Fed.

“There are clearly policy makers — in particular those on the left — who have forgotten how damaging inflation can be,” Steven Ricchiuto, U.S. chief Economist for Mizuho Securities, said in a note to clients. He added that he was not all that worried about it — at least for now.