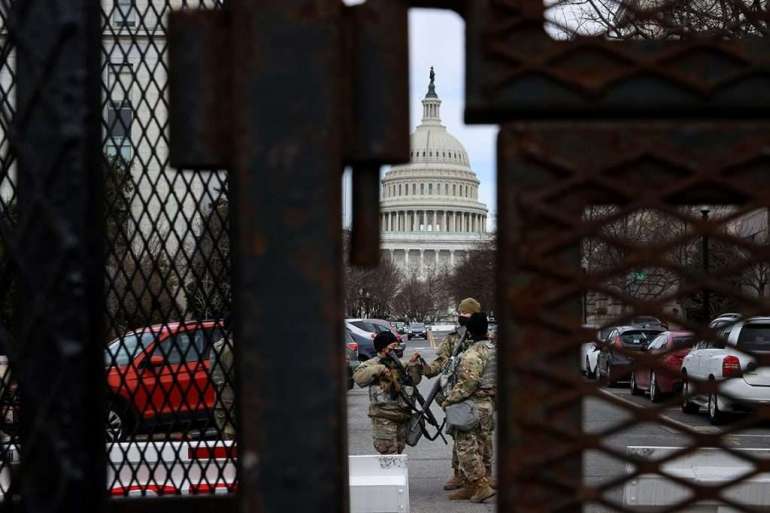 Klein, 42, is the only known appointee of former President Donald Trump to face charges connected to the Capitol breach. He was seen on Capitol security and police-worn cameras repeatedly attacking police in a tunnel underneath the Capitol’s west front entrance. Prosecutors say Klein spent 30 minutes inside the tunnel at the front lines of a mob “fanatically” engaged in brutal hand-to-hand combat with officers. While in the crowd, he repeatedly called for “fresh people” to rotate in and press into the Capitol, the government contends.

Faruqui pointed to that exhortation, saying it showed Klein taking a “position of leadership,” proving he remains a danger to the community — particularly while the Capitol remains in a heavily militarized posture amid ongoing security threats.

“There is a real danger of violence,” he said, “and if someone is an organizer or leader or someone’s in a position of authority and they are not detained they may go back and seek to conduct such violence.”

Faruqui also ridiculed the defense’s claim that it was unclear how Klein obtained the riot shield he allegedly jammed into a door as police were trying to close to lock out the rioters.

Klein, who worked on the Trump campaign in 2016 before he was posted in the Office of Western Hemisphere Affairs in the State Department, was arrested last week after a former colleague helped authorities identify him. Klein, who holds a Top Secret security clearance, remained employed at the State Department until he resigned on Jan. 19.

Prosecutors argued that Klein’s position at the department underscored the need to detain him pending trial. He took an oath to the Constitution, they argued, and then violated it to commit a violent assault at the Capitol.

Klein’s attorney, Stanley Woodward, argued that the government had not proven that his client was the one seen in the videos committing the assault on officers. He also said prosecutors had not shown that Klein was seeking to overturn the election results, despite asserting it as his motive. And he noted that Klein served in the Marine Corps in Iraq.

Klein has made his displeasure with his confinement known. During his initial appearance in court last week, he complained of cockroaches at the cellblock where he had slept overnight. On Tuesday, he pointedly noted that he was appearing in the hearing from a “cinderblock room.”