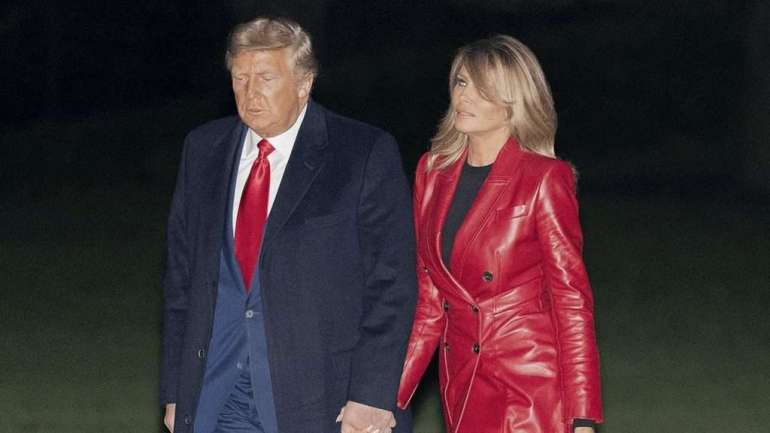 “This is our shot,” adds Bill Clinton, with Jimmy Carter delivering the closing message: “Now, it’s up to you.”

The PSAs were produced by the Ad Council and COVID Collaborative as part of their Covid-19 Vaccine Education Initiative’s “It’s Up To You” campaign, and the project specifically featuring the former presidents and first ladies began last December.

The videos Thursday are just the latest public initiative by former presidents not to include Donald Trump, who left office in January upon the inauguration of President Joe Biden.

As part of the inaugural proceedings, Obama, Bush and Clinton put out a joint video statement promoting bipartisanship and wishing Biden well. All three men also appeared in-person for Biden’s swearing in; the 96-year-old Carter did not attend.

Trump was notably absent on Inauguration Day, declining to participate in the ceremonial transfer of power after falsely alleging for weeks that Biden had won the 2020 White House race illegitimately. Biden said Trump’s decision not to attend was a “good thing” after the Jan. 6 Capitol insurrection.

The release of the vaccination PSAs comes after several news outlets reported this month that Donald and Melania Trump received their coronavirus vaccinations privately at the White House in January.

Asked whether Donald Trump was invited to participate in the new videos, a spokesperson for the Ad Council reiterated that the project started last year and that one of the videos was filmed on Inauguration Day, when Trump was not in attendance.

“We just learned last week that President Trump did get vaccinated and were so pleased he advised Americans to ‘go get your shot,’” the spokesperson said in a statement.

Spokespeople for Trump’s post-presidential office did not immediately return a request for comment on the videos or whether he was offered an opportunity to appear in them.