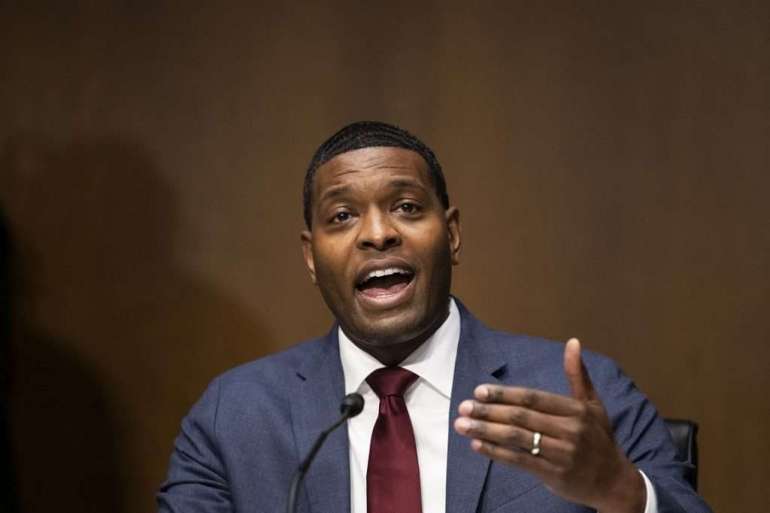 Regan was confirmed by a 66-34 vote, with 16 Republicans joining all 50 Democrats in support of him. He will be the first Black man to run the EPA, and the second African-American person to do so after Obama’s first-term administrator Lisa Jackson.

In North Carolina, he won plaudits from environmentalists for blocking an extension of the Mountain Valley natural gas pipeline and for securing a blockbuster deal with Duke Energy to clean up waste ponds containing coal ash from the state’s power plants. He also won a major settlement to address contamination of toxic “forever” PFAS chemicals with manufacturer Chemours.

As administrator of the EPA, Regan will lead an agency that will play a major regulatory role in President Joe Biden’s aggressive climate agenda. Topping his to-do list will be crafting a new climate rule for power plants now that a federal court struck down the Trump EPA’s version, strengthening tailpipe emissions limits for cars and light trucks, and reducing methane leaks from the oil and gas sector.

The power plant rule that’s expected to curb carbon dioxide emissions will be a key driver in Biden’s plans to eliminate greenhouse gases from the nation’s electricity grid by 2035, and set the country on course to achieve net-zero emissions by mid-century.

The Biden administration’s nominee to be Regan’s deputy, Janet McCabe, has a deep record of crafting aggressive environmental regulations, including the Obama administration’s version of the power plant rule, which the Supreme Court blocked before it could take effect. Other top Obama officials also have returned to the agency to work under Regan, including Dan Utech as chief of staff and Joe Goffman in the office in charge of air pollution regulations.

Though Regan may find support from Republican lawmakers and state officials on issues like PFAS cleanups and the Superfund program that deals with contaminated sites, it is unlikely that he will be able to balance Biden’s plans for aggressive climate action with Republicans’ opposition to rules they say threaten their states’ fossil fuel industries.

Meanwhile, Regan will need to address a host of management issues at the agency. The EPA shed hundreds of experts in the past four years, even as many states also cut back on their environmental regulators. And the Trump administration’s repeated efforts to slash the EPA’s budget, along with its deregulatory agenda and contentious science policies, left morale low among many rank-and-file workers.

Regan has been able to avoid some of the Republican criticism directed at other Biden officials who held top jobs in the Obama administration, including White House climate advisers Gina McCarthy and John Kerry, sidestepping partisan ire over old wounds. He also deftly navigated the confirmation process, avoiding taking stances on most policies, promising to listen to all sides before deciding on key regulations, and pledging to visit so many red states that Environment and Public Works ranking member Shelley Moore Capito (R-W.Va.) joked that Regan “might be visiting the entire country.”

His Republican home state senators, Richard Burr and Thom Tillis, helped propel his nomination by introducing him at his hearing and burnishing his reputation for outreach to North Carolina’s agricultural sector.

“He will sometimes take on initiatives that I disagree with, most likely vote against,” said Tillis. “But I do believe that he will be somebody that we can rely on to be fair with the reality of the change and the transition.”

But ultimately, many Republicans opposed Regan on broader principle.

Capito praised Regan as “absolutely the type of person that I would like to see leading a federal agency.” But she and other Republicans voted against him in protest of Biden’s environmental agenda and out of concern that McCarthy, serving as the White House domestic climate czar, will act as a shadow EPA chief, a charge Regan denied.

“The problem is what he’s poised to do with it,” McConnell said. “He and the administration are plainly prepared to put that experience behind the same far-left policies that crushed jobs and prosperity in states like Kentucky throughout the Obama administration.”

McCabe, Regan’s prospective deputy, made it through her confirmation hearing on March 3 and may soon get a committee vote. Republicans criticized her past work in the Obama administration, especially her involvement in crafting that administration’s power plant rule, raising questions about how much bipartisan support she ultimately may garner.