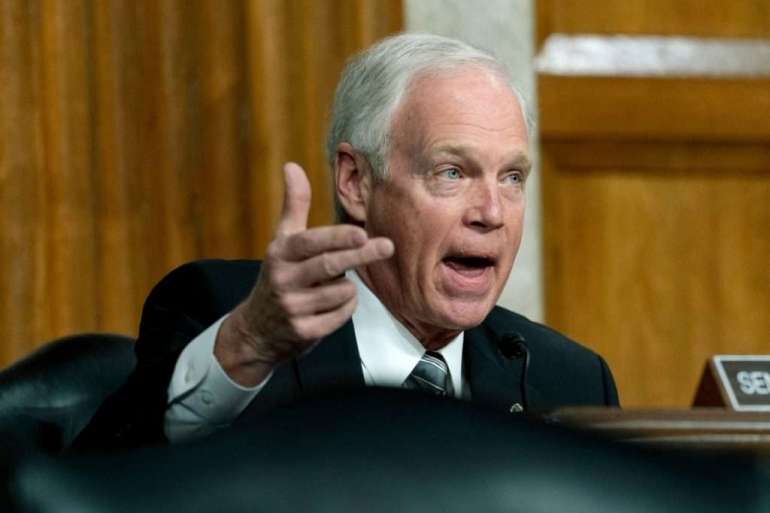 In the past, Republicans have sought to equate the largely white crowd of insurrectionists with multiracial crowds protesting police brutality against Black Americans over the summer.

New evidence from federal prosecutors shows there was a contingent of white supremacists among the rioters during the Jan. 6 insurrection, as well as extremist militia and paramilitary groups. The insurrection left several people dead and hundreds of people have been charged in connection to the events of Jan. 6.

Rep. Mark Pocan, who is from Johnson’s state of Wisconsin, laid into Johnson in a tweet Saturday morning, saying the comments were “seriously embarrassing to our state.”

Rep. Ayanna Pressley (D-Mass.) called Johnson’s comments “stunning” on MSNBC Saturday morning, saying that the violent mob showed that “white supremacy is a threat to every American life and to our democracy.”

“I reviewed many of the videos and statements we submitted during the Impeachment trial. The mob murdered a police officer and injured 140 other officers,” Lieu wrote. “They would have hurt you if they got their hands on you. That’s why Senators hid that day. Remember?”

Johnson’s office didn’t respond to a request for comment.

Law enforcement authorities have said they found guns and bombs on rioters. Rioters chanted “Hang Mike Pence,” erected a noose, carried zip ties and among other things, some are facing weapons charges related to the insurrection, including assault on a police officer with a dangerous weapon.

Johnson also has pushed the conspiracy theory that outside provocateurs were part of the riots, a claim Trump backers have often made.

FBI Director Christopher Wray said at a Senate Judiciary Committee hearing that there is “no evidence” Antifa had any role in the insurrection.