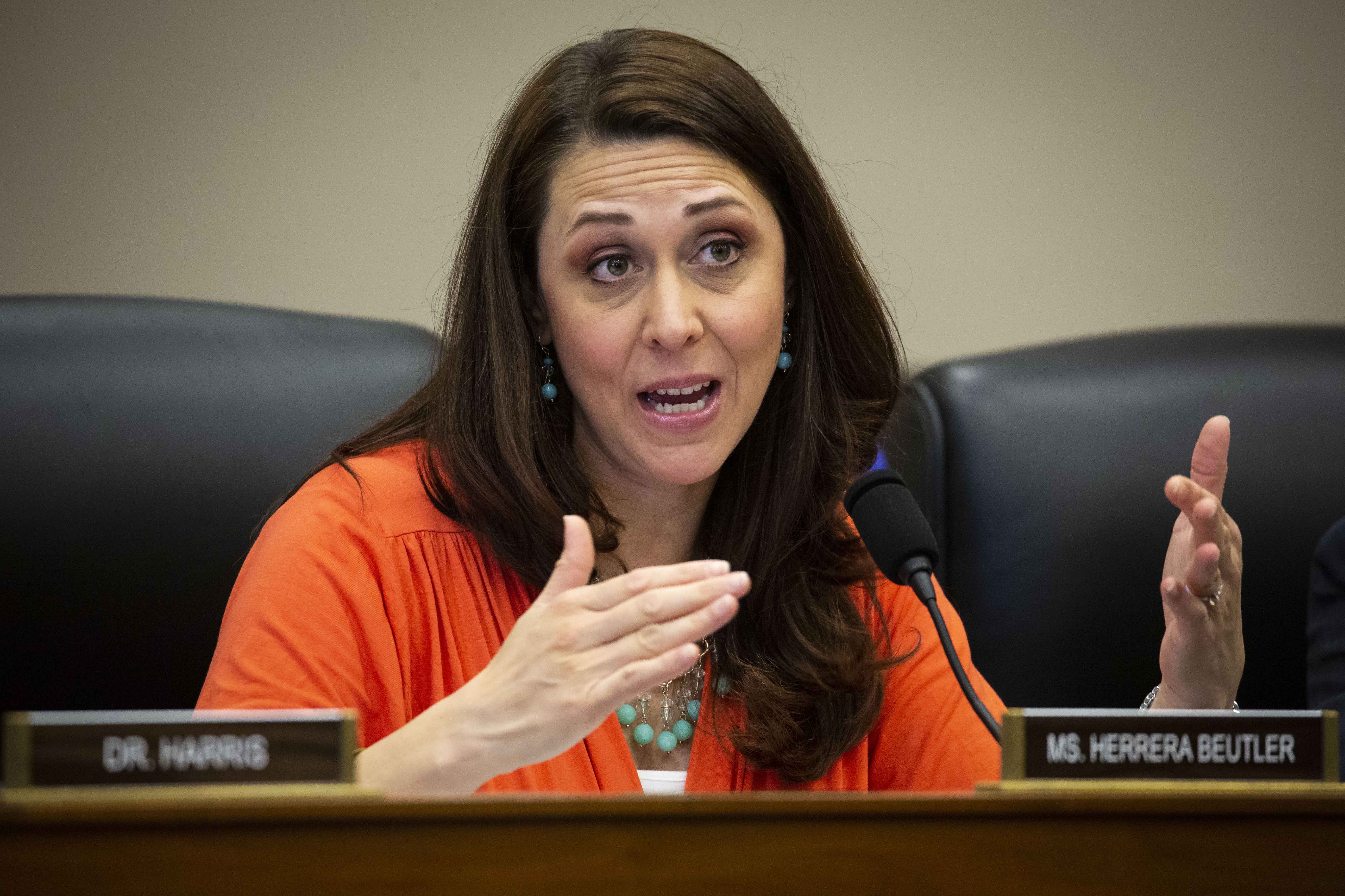 But it certainly could define her next campaign: Trump has already vowed to exact revenge on each of the 10 Republicans who voted to remove him from office, while members of the Clark County Republican Party voted to censure her.

“The number one thing they made the [2020] campaign about, which is ironic to me … was about my willingness to vote for Trump,” Herrera Beutler said. “Fast forward to today and the folks stepping up to run, they’re like, ‘She’s not Trump enough.’”

The blowback she must contend with isn’t limited to Trump and voters in her district. Some GOP colleagues were incensed that she publicly relayed what McCarthy told her about his phone call with Trump during the Capitol siege, where the then-president allegedly sided with rioters.

Then, after a CNN report dredged up some of those details near the end of the Senate trial, Herrera Beutler called on anyone with more information about Trump’s state of mind on Jan. 6 to come forward. Conspiracy theorist Rep. Marjorie Taylor Greene (R-Ga.) promptly dubbed Herrera Beutler “the gift that keeps on giving to the Democrats.”

“It wasn’t something that I had a choice over. … I definitely wasn’t thinking, ‘Oh, here’s a way to get my name in the news,’” Herrera Beutler said. “But, you know, sometimes the truth also hurts and you can’t run from it.”

Despite that tension, Herrera Beutler has earned praise from other corners of the GOP and is still considered a valuable asset to the party, which has made electing women and minorities a top priority. Not to mention, Washington’s “jungle” primary system sends the top two candidates to the general election regardless of party, making her path to reelection easier.

Some even think Herrera Beutler’s handling of impeachment could help in her increasingly purple district nestled between Seattle and Portland.

Herrera Beutler “has a unique opportunity to continue to draw more women into the Republican Party,” said Olivia Perez-Cubas, a spokesperson for the Winning For Women Action Fund, which aims to boost female GOP candidates.

But she won’t do that by taking the route of Rep. Adam Kinzinger (R-Ill.), who has become a mainstay on cable news and launched an entire PAC dedicated to taking on the Trump wing of the party. “I am not going to camp here forever,” Herrera Beutler said of the anti-Trump lane.

What she is doing with the profile she gained during the impeachment trial is gauging how to make progress on “things that benefit this district and this nation,” as she put it.

“Maybe part of my role is to help us return to who we are,” Herrera Beutler said. “Right now, when you talk with millennials and younger, I don’t know that they want to join this club. Like, it doesn’t seem like a fun party, right? There’s no room for individual thought.”

Her prescription for how to steer the party away from its obsession with Trump and back toward its conservative roots doesn’t include calling for a shake-up in GOP leadership. Herrera Beutler said she stands by the entire Republican leadership team and would back McCarthy for speaker or minority leader in the next Congress. It’s OK for her leaders to have different views than her, she argued.

But she added: “That’s a two-way street. I’m not going to embrace someone who is dividing the party. And they have to be OK with that, too.”