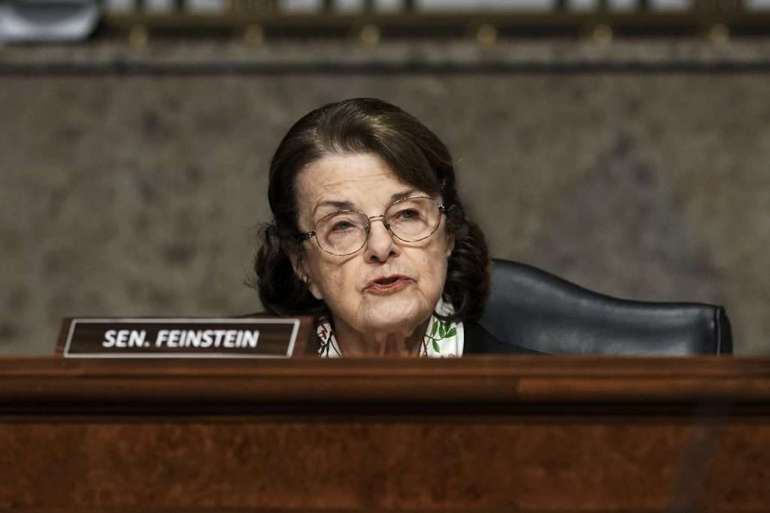 The senator’s comments to the Capitol press corps come after the governor told MSNBC in an interview Monday that he has “multiple names in mind” who could fill Feinstein’s seat, should the 87-year-old lawmaker decide to retire before 2024 — when she is next up for reelection.

In that same interview, Newsom also committed to select a Black woman to potentially replace Feinstein. “The answer is yes,” he said.

The governor previously drew criticism from several women’s groups and Black leaders last December, when he appointed California Secretary of State Alex Padilla to take over the Senate seat held by then-Vice President-elect Kamala Harris — who was the chamber’s only Black woman.

Feinstein, the former top Democrat on the Senate Judiciary Committee, has also come under scrutiny in recent months from progressive activists and even some Senate colleagues, who were frustrated by her handling of Supreme Court Justice Amy Coney Barrett’s confirmation hearings last year.

But even before those proceedings began, POLITICO reported last September that Democrats had begun expressing concerns related to Feinstein’s advanced age — culminating with a damaging report in The New Yorker last December that raised further questions about her ability to legislate effectively.

Amid the public pressure, Feinstein ultimately announced last November that she would step down from her role as the Judiciary Committee’s top Democrat in the next Congress. Sen. Dick Durbin (D-Ill.) now leads the panel in addition to carrying out his duties as majority whip — another point of contention within the Democratic caucus.

Newsom’s latest remarks about Feinstein come as he faces a recall campaign, which, if successful, could allow a new Republican governor to select the senator’s replacement. On Tuesday, Newsom acknowledged that the effort to remove him from office “appears to have the requisite signatures” to qualify for the ballot.