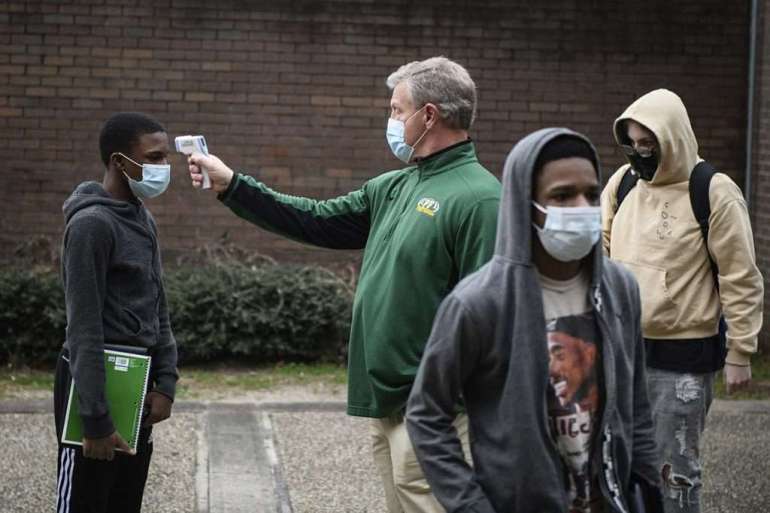 The Education Department on Wednesday also moved to begin distributing the nearly $122 billion in new Covid relief funding for the nation’s K-12 schools, which the agency said would be made available to states “this month.”

Education Secretary Miguel Cardona sent letters to state officials, notifying them of their share of the funding, which is being allocated based on a formula in the Covid-19 relief law.

States and school districts “should plan to expend these funds to safely reopen schools as expeditiously as possible this spring, sustain their healthy operations, and address the significant academic, social, emotional, and mental health needs of their students,” Cardona wrote in the letter.

The administration coupled the school testing announcement with the news that it is spending $2.25 billion to bolster testing and contact tracing in high-risk and underserved communities, such as those in rural areas or with significant minority populations that have been hit hard by the pandemic.

“COVID-19 testing is critical to saving lives and restoring economic activity,” said Norris Cochran, acting secretary of Health and Human Services. “As part of the Biden Administration’s National Strategy, HHS will continue to expand our capacity to get testing to the individuals and the places that need it most, so we can prevent transmission of the virus and defeat the pandemic.”

The announcement comes a day after the Food and Drug Administration announced it would allow some Covid-19 test developers to sell their products over the counter without studying how well the tests perform in people without symptoms — as long as the test is accurate in people with symptoms. CDC also released updated guidance Wednesday on the use of repeated testing to stop the spread of Covid-19 by people who are infected but do not have symptoms.

Michael Stratford contributed to this report.