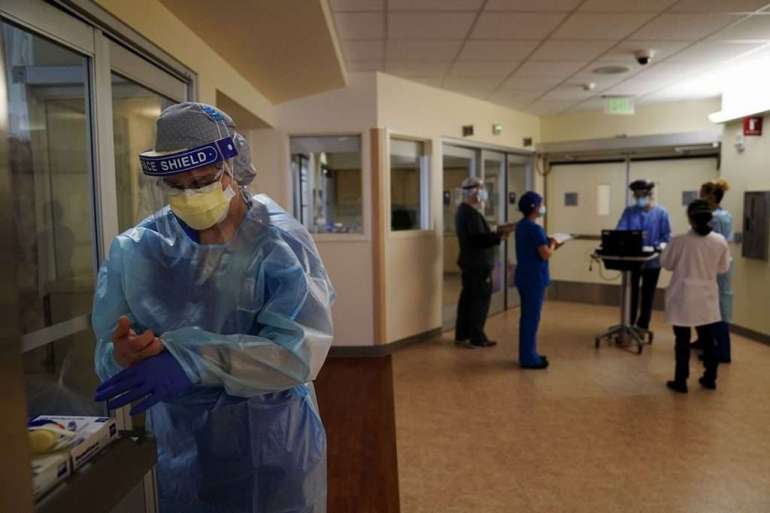 But Democratic lawmakers and allies favoring a public option to compete with private insurers want the party to seize on its narrow congressional majorities to muscle through an idea that’s long been popular with the base. They’re betting that after years of rising health costs and the GOP’s failed attempts to throw out Obamacare, voters in the tightly contested 2022 midterms would reward Democrats for tackling health care costs.

“We’ve been toying at the margins of the health care system for the last 10 years, and I don’t think it’s convinced anybody that we’re making a big enough difference,” said Sen. Chris Murphy (D-Conn.), who plans to reintroduce his public option bill with Sen. Jeff Merkley (D-Ore.) in the coming weeks. “It’s time to go big or go home.”

Democratic politics have moved left since centrist lawmakers jettisoned a public option from the original Affordable Care Act legislation back in 2009. At the time, a government-run health plan was seen as too radical. But as progressive calls for a fully government-run “Medicare For All”-type system have gotten louder in the intervening years, the public option has become classic Biden middle ground — popular with independents and even some Republican voters.

Still, the public option has gotten little scrutiny, and Republican lawmakers and the health care industry are ready to unleash an all-out assault on the idea. Democratic leaders are treading lightly for now, well aware that three of the last four presidents saw divisive health care proposals during their first year in power contribute to electoral shellackings in their second.

Hill Democrats and allies say Biden has yet to push the public option in conversations with Congress, but they expect that to change now that the $1.9 trillion stimulus package is out of the way. Pressure could also soon come from the left to go bigger on health care, as House progressives reintroduce their “Medicare for All” bill on Wednesday.

“Biden is well aware that the only part of the Democratic primary that anyone will remember is the debate between the public option and Medicare for All,” said a longtime Democratic health care expert who’s worked with him. “I don’t see him saying, ‘Never mind.’”

While Biden hasn’t said “never mind,” he hasn’t said “let’s do this” either. The White House was vague when asked about the public option. “We have more work to do to fulfill our commitment to expanding access to quality, affordable health care,” an administration spokesperson said.

Biden’s nominee for Health and Human Services secretary, Xavier Becerra — who had personally backed Medicare for All — voiced support for the public option during his confirmation hearings. But senators didn’t push him on specifics — and he didn’t offer any.

Rep. Ami Bera (D-Calif.), a leader of the moderate New Democrats Coalition, acknowledged that pushing a public option could be risky for Democrats in swing districts, given opponents’ efforts to brand it as “socialized medicine.” He said while there is appetite to bring down health costs, Democrats would have to do a better job selling the idea to the public than they did with Obamacare.

The message, he said, should be along the lines of: “This isn’t a government takeover of health care, it’s the government facilitating new options and helping address the cost of health care.”

Still, Bera is among the moderate Democrats who want to first focus on making permanent the expansion of Obamacare subsidies tucked into the $1.9 trillion Covid relief package, which are set to expire in two years unless Congress acts. That would leave millions of people suddenly saddled with higher health insurance costs — if they can afford it at all.

But many Democratic lawmakers want to do both: lock in the subsidies — and dare Republicans to try to take them away from middle-class voters — while adding a public option.

The big Democratic health advocacy groups are holding off on pushing for a public option, at least right now. Democratic aides are managing expectations, noting it would likely have to pass through the process known as reconciliation, which requires just a simple majority vote in both chambers but must adhere to complex budgetary rules. Democrats couldn’t afford a single defection in the Senate.

“I’m not saying it can’t be done, but there’s still a ton of work to do,” said a senior Senate Democratic aide.

Sen. Patty Murray (D-Wash.), who chairs the Senate HELP Committee as well as the top health spending panel, was similarly cautious about prospects for the public option, citing “ongoing conversations about how we can expand access to health care.”

Still, Democratic lawmakers and aides say there’s a real chance the public option could get lumped into a reconciliation package later this year, along with other priorities like boosted infrastructure spending, climate change, immigration and even drug pricing reform. And it’s even more likely to be included if it’s structured as a major cost saver.

Sens. Michael Bennet (D-Colo.) and Tim Kaine (D-Va.) have reintroduced their public option bill and others are in the works — all varying in cost and design. If Democrats pursue the idea, they’ll have to decide whether they prefer a narrower plan that saves taxpayers money, or a more sweeping one that costs more but covers more people.

Biden campaigned on an expansive vision of a public option that would be available to Obamacare marketplace shoppers, low-income adults in states that shunned Medicaid expansion, and those who can get a better deal with a public option than they can anywhere else, including through the workplace. Not everyone would be eligible for a federal subsidy, though.

The deep-pocketed health care industry sees any variation of the public option as a threat to its revenue and is already running state and national ads against an “unaffordable, one-size-fits-all government health insurance system.” The Partnership for America’s Health Care Future, a lobbying group uniting top players in the hospital, insurance and pharmaceutical industries, in recent weeks bought TV spots in Maine, Montana, and Washington, D.C., warning of tax hikes to pay for a public option. The group also launched ad campaigns to scuttle state-level public option proposals under discussion, including those in Colorado, Connecticut, Nevada and New Mexico.

So far only Washington state has begun its own public option, and it was watered down under industry pressure. People are getting covered under it for the first time this year.

Often when federal health policies hit a wall, whether conservative or liberal, states try to step in. Ironically, the Democrats’ boost of Obamacare subsidies makes it less urgent for states to seek a public option as an affordability measure. That “really jumbles the politics around,” said Larry Levitt, executive vice president for health policy at the Kaiser Family Foundation.

Some health care experts, recognizing the obstacles, say that Democrats could start small and promise to build out in the future. One logical path would be to craft a public option that fills in the Medicaid gap, which currently leaves more than 2 million poor people without affordable coverage options in a dozen Republican-controlled states.

Whether this more targeted approach — still just a topic of talk in the policy world, not yet a formal legislative proposal — would win over Democratic centrists like Sens. Joe Manchin (D- W.Va) or Kyrsten Sinema (D-Ariz.) remains to be seen.

If Biden and Democrats do move ahead in some form, the industry will be waiting.

“We’re going to ask really hard questions rather than just allow these bills to pass based on a slogan,” said Lauren Crawford Shaver, executive director of the Partnership for America’s Health Care Future.

That fierce industry opposition is what worries public option supporters like Murphy, the Connecticut Democrat.

“You will have a massive private sector lobbying effort against a public option, and in a 50-50 Senate, that’s got to be a worry,” he said.

But others are also confident that the pandemic has scrambled the political calculus in their favor. Millions of people are losing their insurance as they lose their jobs, and many are getting hit with big bills even for Covid-19 testing and treatment that are supposed to be fully covered.

“The pandemic is making the case for us,” Kaine said.