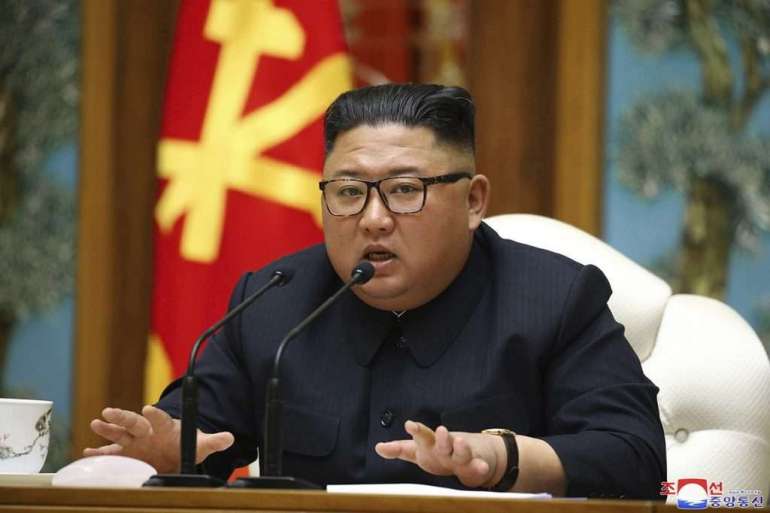 It wasn’t immediately clear which conditions might make Kim stand down, but the Biden administration has sought to de-escalate with North Korea overall.

“We are on watch for any indications of testing given the timing of our exercise now and [Kim’s] statements and actions in the past,” the first official said.

The warnings from U.S. officials echo comments by the head of U.S. Northern Command, who warned members of the Senate Armed Services Committee on Tuesday that North Korea could be testing an improved intercontinental ballistic missile soon.

“In October 2020, North Korea unveiled a new ICBM considerably larger and presumably more capable than the systems they tested in 2017, further increasing the threat posed to our homeland,” Air Force Gen. Glen VanHerck said in written testimony. “The North Korean regime has also indicated that it is no longer bound by the unilateral nuclear and ICBM testing moratorium announced in 2018, suggesting that Kim Jong Un may begin flight testing an improved ICBM design in the near future.”

Any such resumption of missile testing would be cause for concern, officials said. Although Pyongyang halted testing of long-range missiles after former President Donald Trump’s 2018 Singapore summit with Kim, they continued to develop and parade sophisticated new capabilities, including a new class of intercontinental ballistic missiles, two new submarine-launched ballistic missiles, and diversified their inventory of short-range ballistic missile launchers, said a second senior defense official.

A Pentagon spokesperson declined to comment on the intelligence.

“North Korea’s continued development of ballistic missiles and weapons of mass destruction represent a threat to U.S. interests and the security of our allies and partners,” said Lt. Col. Martin Meiners. “In the near term, DoD, in close coordination with allies and partners, will seek to deter negative behavior from North Korea.”

Rhetoric from North Korea is heating up as Defense Secretary Lloyd Austin and Secretary of State Antony Blinken are in Asia for their first overseas visit. The two wrapped up meetings with their Japanese counterparts and Prime Minister Yoshihide Suga in Tokyo on Tuesday, before heading to South Korea on Wednesday.

Kim Yo Jong, Kim’s sister, in a Tuesday statement criticized Washington and Seoul for holding the exercises, warning the Biden administration to “refrain from causing a stink.”

“If they want to have a good night’s sleep for the next four years, it would be good for them not to do things that would prevent them from sleeping properly from the start,” she said in a statement.

The Biden administration has reached out to Pyongyang through various channels, but has yet to receive a response, Blinken said Tuesday in Tokyo.