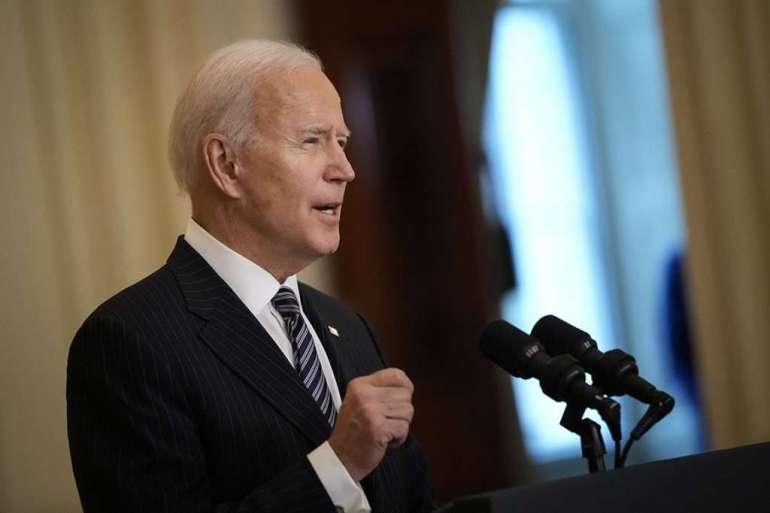 Among those engaged in the coalition are the Center for American Progress Action Fund, Service Employees International Union, MoveOn, National Domestic Workers Alliance/Care in Action, Community Change/Action and the Working Families Party. Along with the ad spending, the groups said they are organizing across several states and districts and plan to partner with groups on the ground to do field work.

Real Recovery Now! joins a crowded list of Democratic-aligned outfits that are helping Biden, First Lady Jill Biden and Vice President Kamala Harris blitz the country with details about the recently signed rescue plan. The party’s biggest committees, including the DNC and House and Senate campaign arms, are unveiling a series of swing-state ads and outreach around the bill. Others involved in the post-passage sales pitch include the party’s flagship political committees: Priorities USA, American Bridge, the Biden-focused Unite the Country and Protect Our Care.

With thousands of dollars in stimulus checks landing in the accounts of Americans, organizers view the next few weeks as critical for ensuring that the bill is both understood by voters and remains popular among the public.

The underlying premise behind the Real Recovery Now! ad campaign is that Democrats will be judged on the results they deliver — including on jobs and infrastructure projects — and not on how many months they spend negotiating with Republican lawmakers. The push from outside groups to move quickly underscores the mounting pressure being put on Biden to again embrace parliamentary rules allowing Democrats to pass legislation without Republican support.

Real Recovery Now! is run by longtime labor and progressive strategist Sasha Bruce and former MoveOn executive director Ilya Sheyman; other firms with close ties to the Biden campaign and Democratic Party are involved in the effort. Political and strategic advising is led by DNC alum Muthoni Wambu Kraal and her new firm NEWCO Strategies. Communications is being handled by Eddie Vale and NP Agency, which is also helping oversee the ads with Precision Strategies, a firm co-founded by Biden campaign manager and deputy chief of staff Jen O’Malley Dillon. Operatives Betsy Lin and Mitchell Stille are helping lead on-the-ground activity in the states.