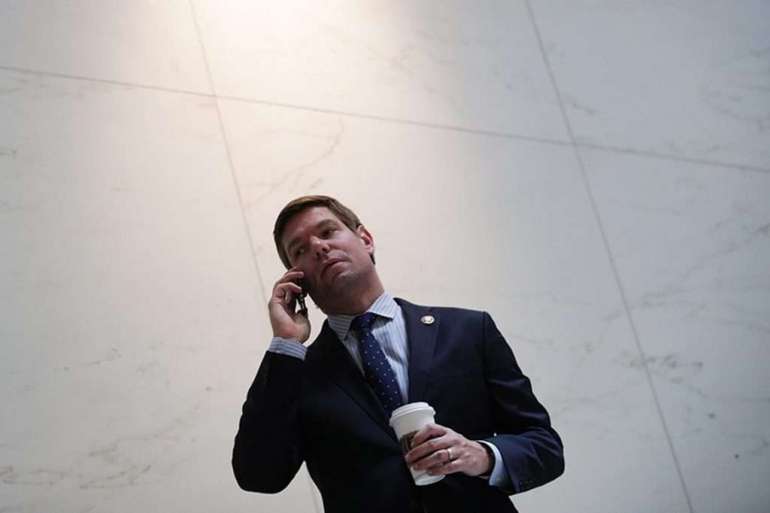 Republicans, led by GOP Leader Kevin McCarthy, are seeking to remove Swalwell from the House Intelligence Committee over his 2012-2015 interactions with Christine Fang, the accused foreign agent. Fang helped fundraise for Swalwell’s campaign in 2014 and once placed an intern in his House office. But when Swalwell was briefed on concerns about Fang in 2015, he says he immediately cut off contact and cooperated with the bureau’s probe.

An FBI official has previously defended Swalwell, telling outlets in December that Swalwell was “completely cooperative” and “under no suspicion of wrongdoing,”

House GOP Leader Kevin McCarthy intends to force a vote on Swalwell’s committee post Thursday afternoon, contending that the Democrat’s interactions with Fang disqualify him from holding the sensitive assignment. Swalwell wouldn’t be eligible for a security clearance in the private sector and shouldn’t therefore be granted access to national security secrets through the intelligence panel, McCarthy argued at a Thursday press conference.

Asked to explain his push against Swalwell, McCarthy fell back on classified information he says he received in an FBI briefing last year. “I cannot talk to you about what I was given in a classified briefing,” he said, adding that the public record of Swalwell’s relationship with Fang should be enough to disqualify him.

House Speaker Nancy Pelosi, who unilaterally appoints the Democratic members of the House Intelligence Committee, has stood behind Swalwell, saying she has “no concerns” about his actions.

House Intelligence Committee Chair Adam Schiff also defended Swalwell Thursday, issuing a statement of support in a “Dear Colleague” letter aimed at rallying the Democratic caucus to his side. Schiff noted that Republicans — including the panel’s current ranking GOP member Devin Nunes of California and then-Speaker John Boehner — were briefed on the matter in 2015 and raised no concerns about Swalwell’s ability to continue serving on the committee.

“It’s disturbing that Leader McCarthy is attempting to weaponize classified counterintelligence briefings as a political cudgel, and use them to smear a House colleague in the process,” Schiff said. “Members face real counterintelligence risks from sophisticated actors, and bad faith political attacks on Members will only make it more difficult to respond.”

Members of Congress are not required to receive security clearances to access classified intelligence, though calls to strip members of the House Intelligence Committee of their access to classified information have become well-worn political weapons in recent years.

Fang first interacted with Swalwell when he held a city council post in California, one of several back-and-forths she reportedly had with local officials across the country. She maintained those contacts until 2015, when intelligence officials’ alarm grew about her relationship with Swalwell, and they offered him a “defensive briefing.” Those briefings are meant to alert the targets of potential foreign operations in order to protect information from falling into the wrong hands.

Swalwell told POLITICO in December that he feared the initial Fang story, which he said he first learned Axios was pursuing in mid-2019, was planted to damage him after he emerged as a prominent Trump critic during a short-lived presidential bid.

“The timing feels like that should be looked at,” he said at the time.