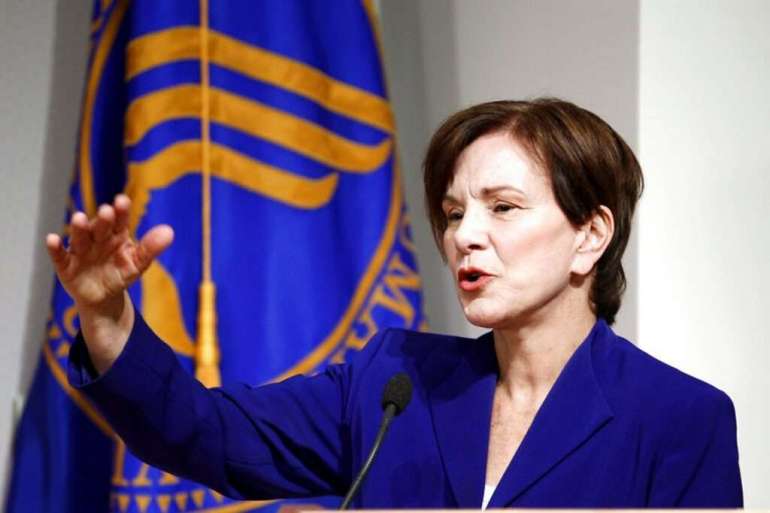 The FDA pick is now shaping up as a test of how much ground Biden will cede to a powerful industry central to the success of his coronavirus vaccination campaign. That has clouded the administration’s ambitions for an agency with broad power over all manner of public health issues, from medicines to tobacco and food safety. And it has driven angst within FDA and among longtime Biden backers over the stability of an agency still recovering from months of strife with the Trump White House.

“What commissioners do well is lead a new agenda forward,” said Ryan Hohman of the research nonprofit Friends of Cancer Research, which partnered with Biden on his Obama-era Cancer Moonshot work and has since endorsed Woodcock. “The learnings of the past year during a pandemic need to be translated to future FDA policy and action. And that can’t be done by an acting commissioner.”

The dilemma is an unexpected one for Biden, whose yearslong work toward finding a cancer cure and deep ties to the medical research community drove expectations he would quickly settle on an FDA chief — especially ahead of major decisions facing the agency on a range of coronavirus vaccines and treatments.

Yet it also underscores the agency’s growing prominence within the federal government, and the accompanying difficulty of finding a commissioner capable of winning unified support within a party grappling over how to police the drug industry.

“In the midst of a pandemic, the choice of FDA Commissioner is critically important,” an administration spokesperson said, in response to a request for comment on the FDA search. “We take seriously our obligation to find a candidate with strong technical, management, and communications experience. In the meantime, we are grateful to have strong career leadership in place.”

Biden officials first landed on Woodcock as a leading candidate during the transition, viewing her as a consensus pick who could easily win confirmation and restore morale at the agency.

A 37-year veteran of the FDA who spent the past year helping develop Covid-19 vaccines in record time, Woodcock commands widespread respect within the agency and among both Republicans and Democrats on Capitol Hill.

But in the months since the White House appointed her acting FDA commissioner — a role intended as a brief audition for the permanent job – that lengthy track record has come under increasing attack.

Dozens of addiction treatment and anti-opioid groups have led the way, zeroing in on her tenure as head of the FDA’s drug division during a period where the opioid crisis grew into a full-blown epidemic. The organizations blame Woodcock for presiding over too many opioid approvals during that era, and for the agency’s failure to rein in drug makers pushing the painkillers — a politically explosive accusation that many FDA experts have rushed to refute, yet that nevertheless has jumped to the Senate.

More than half of the countries in the EU have paused AstraZeneca vaccinations amid panic that the shot could cause blood clots — despite lack of evidence.

Over the past several weeks, Sens. Maggie Hassan and Ed Markey have voiced concerns about Woodcock’s work on opioids, an issue that a spokesperson for Hassan said has been relayed directly to Biden officials as well.

Sen. Joe Manchin of West Virginia — a state hard-hit by the addiction epidemic — also privately signaled resistance to a potential Woodcock nomination, according to a person familiar with the Senate discussions. The pushback has prompted fears that several Democrats would come out against Woodcock if Biden nominated her, forcing the administration to rely heavily on Republicans to secure her confirmation.

Among senators in states ravaged by the opioid crisis, Woodcock is “the most culpable bureaucrat that exists,” said the person familiar with the Senate discussions, adding that Hassan, Markey and Manchin have opted to hold off on registering their official opposition until Biden’s pick for health secretary, Xavier Becerra, weighs in on the FDA role. Becerra is expected to be confirmed on Thursday.

Liberal groups have jumped into the fray as well, decrying Woodcock as an industry-friendly regulator amid a broader campaign for Biden to nominate an FDA chief who would put far more distance between the agency and the drugmakers that it oversees.

“We basically have regulatory capture at the agency, which has corrupted and undermined the decisionmaking process,” said Michael Carome, director of the health research group at Public Citizen, who sparred with Woodcock last year over the agency’s support of an Alzheimer’s drug that was near-unanimously rejected by an expert panel. “She’s a bad choice.”

Woodcock also played a central role in the 2016 approval of a muscular dystrophy medicine from Sarepta despite thin data and objections from drug reviewers like Ellis Unger, who filed a formal complaint against her.

Even Woodcock’s broad-based support within the scientific research community has come under scrutiny of late, with critics pointing to the drug industry funding underpinning boosters like the influential Friends of Cancer Research.

“The rallying around Ms. Woodcock’s nomination that we’ve seen from big pharma should give everyone real pause,” Hassan said in an email.

That rush of hostility derailed plans for a speedier decision within the White House, which is now quietly seeking alternate candidates. Joshua Sharfstein, a former top FDA official and Maryland health secretary who is viewed as a more progressive option, is still in contention for the job, two people with knowledge of the process said.

Biden officials have also dispatched allies to sound out potential new candidates. Among them was Eric Topol, a well-known cardiologist and public health expert at the Scripps Translational Research Institute, who told POLITICO he was approached about the job in recent weeks, but turned it down.

“It was a legitimate query, but I very quickly dismissed it,” said Topol. He called Woodcock a “highly competent” leader but argued the administration should bring in a commissioner from outside the agency.

Still, the search has not turned up a new consensus pick, and among some in the White House, Woodcock remains the favored candidate.

Even as officials have solicited suggestions from allies for who else should be considered, they have also asked how they think Woodcock is doing and whether she’d be good for the permanent role, said a person with knowledge of the conversations. And in a March 9 letter to Biden urging him to pick an FDA chief, six former agency heads singled out Woodcock as a “highly effective” advocate for the FDA.

With Becerra in line for confirmation, the White House is expected to soon accelerate efforts to land on a final nominee.