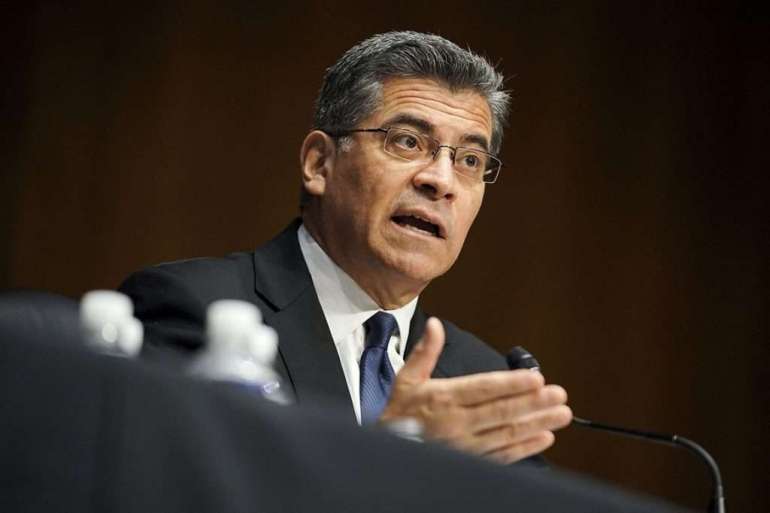 The Senate Finance Committee deadlocked on the nomination earlier this month, requiring the chamber’s Democratic leadership to go through the additional step of bringing up the nomination for Thursday’s full Senate vote.

Becerra’s immediate focus will be on filling out the ranks of HHS’ political appointees. An unexpectedly bitter fight over who’ll lead the FDA has left an important agency that’s part of HHS without a full-time leader, and is posing an early test of how accommodating the Biden administration will be to the drug industry.

Though Democrats expressed confidence Becerra would be confirmed, his fate remained in limbo until a procedural vote to advance the nomination last week, when centrist Sens. Joe Manchin (D-W. Va.) and Collins, declared their support. Both cited conversations with Becerra about health issues important to their respective states, including opioid addiction and bringing telemedicine to rural areas, despite disagreements with him on abortion, the public health effects of gun violence and other hot button issues.

Becerra had met with more than 40 senators from both parties, following up three or four times with some who had additional questions or concerns, including Collins.

Outside groups also mobilized on his behalf, including influential Latino advocacy organizations and heavy-hitters from the health care industry, like the American Hospital Association and the Home Care Association of America, who cited Becerra’s policy chops as a member of the House Ways and Means Committee. Becerra also got an assist from some unlikely allies — Republican attorneys general with whom he clashed on Obamacare, abortion rights and other issues but who praised his collaboration on the Covid response and combating opioid abuse.

The support helped to blunt an aggressive effort by congressional Republicans and outside conservative groups to tank the nomination, including ads targeting swing state senators who are up for reelection in 2022.

Critics argued that Becerra’s record supporting abortion rights, “Medicare for All” and California’s pandemic restrictions on businesses and churches made him too partisan for the post. They also repeatedly raised the fact that Becerra has no medical training or background in the health industry, even though most HHS secretaries have not been medical professionals.

“Their arguments almost verge on the ridiculous,” Senate Majority Leader Chuck Schumer said on Thursday. “As the Biden administration works to defeat this pandemic, the president deserves to have his Cabinet confirmed.”

One Republican strategist who worked on the anti-Becerra campaign told POLITICO that it was hard for their message to break through with so much attention on the fate of Biden’s $1.9 trillion Covid relief bill.

“A lot of our energy went into ensuring there was an actual examination of his record, so even if he’s confirmed, people are doing it with eyes open,” he said.

Democrats have cited the urgency of the Covid-19 response to pressure their colleagues to back Becerra, betting that it would be politically damaging for Republicans to block the government’s top health official in the middle of a public health crisis.

“The American people are ready for this pandemic to end,” Senate Finance Chairman Ron Wyden (D-Ore.) said Wednesday. “They cannot wait any longer for the Health and Human Services secretary to be confirmed and on the job.