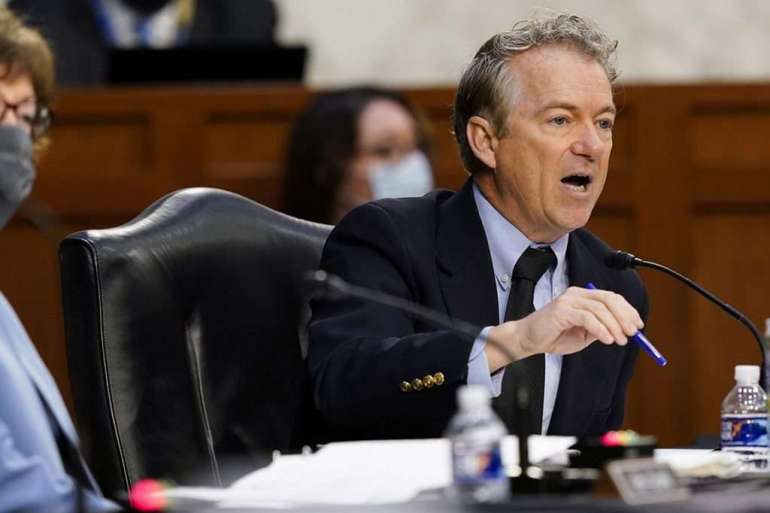 Meanwhile, on “Fox & Friends,” Paul charged that Fauci “keeps moving the goalposts” with regard to mask-wearing and said the veteran immunologist’s decision to keep covering his face in public after being vaccinated was “one of his noble lies to convince everybody to wear masks.”

Paul, an ophthalmologist with no expertise in epidemiology, also described Fauci as “such a government worry-wart” and predicted that “ultimately, the government bureaucrats like Fauci will lose” because “people are already pushing back.”

The combative remarks from both the senator and the nation’s top infectious disease expert represented a continuation of their debate Thursday at a meeting of the Senate Health, Education, Labor and Pensions Committee. During that hearing, Paul essentially argued that Americans who have already received their coronavirus vaccinations or been infected should not have to wear masks.

But Fauci noted that infection from the “wild-type” strain of the coronavirus — which contains no major mutations — was only proven to provide immunity for six months, and he stressed that emerging variants of Covid-19 — which public health experts have warned could rapidly result in a new wave of the pandemic in the United States — posed equal risk those who had already been infected with the original strain.