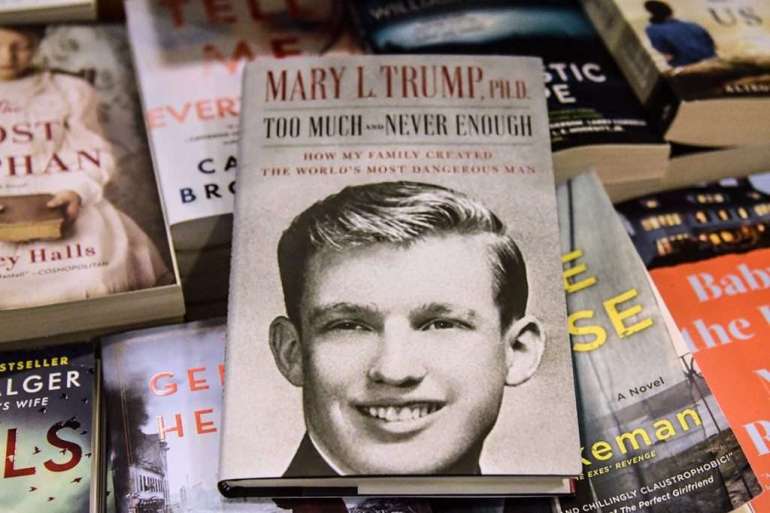 Trump, who worked with LPAC before the election, was asked to join the group as it works to recruit candidates for office and raise funds ahead of the 2022 midterm elections. In this political moment, she said, she hopes to use her name and platform to “move away from what has been one of the worst administrations in this country’s history on almost every level.”

LPAC helped elect Democratic Sens. Tammy Baldwin and Kyrsten Sinema as well as Chicago Mayor Lori Lightfoot. There are only 11 openly LGBTQ members of Congress, including Baldwin and Sinema.

A trained clinical psychologist, Trump is currently finishing her second book “The Reckoning,” which will examine “America’s national trauma, rooted in our history but dramatically exacerbated by the impact of current events and the Trump administration’s corrupt and immoral policies.” Her bestselling first book, “Too Much and Never Enough,” was a memoir of her life in the Trump family, her recollections of her famous uncle and her scathing and deeply personal depictions of family behavior and motivations that ultimately serve as a political cautionary tale.

Her feelings toward her family haven’t improved since then. She accused her uncle of committing “sedition” and doing “everything in his power to steal this election.” As for her cousins — Ivanka, Don Jr., and Eric — she scoffed at the notion that they could potentially run for elected office, too.

“I think we should all resent having to have that conversation. Because they are, despite being — let’s put it this way, they have no qualifications, they have no skills,” she said. “Ivanka and Jared just spent the last four years allegedly as employees of the government using their position to make hundreds of millions of dollars which isn’t how it’s supposed to work. I hope they’ll be sitting next to their dad in depositions for the next few years.”

While the former president is indeed navigating legal drama in his life out of the White House, he has also continued to tease another run for the presidency, all while acting as a Republican kingmaker in Palm Beach. Reflecting on her uncle’s future, Mary Trump said she did not expect him to seek the presidency again.

“He’s not going to run,” she said. “He’s going to pretend to run and keep grifting where he can off the people who will support him. But I think his most time-consuming job in the next couple of years is going to be as a defendant.”

A request for comment made to the former president’s office was not returned.

Should Donald Trump defy his niece’s predictions, she will undoubtedly be there to try and prevent him from winning election once more. Though she was silent in his 2016 campaign, she played a high-profile role in trying to bring him down in 2020. It wasn’t just in speaking out. She also admitted, in her first book, to contributing to Trump’s current legal quagmire by leaking financial documents to a team of reporters at The New York Times who went on to write a 14,000-word exposé of the Trump family’s business dealings. The work went on to win a 2019 Pulitzer Prize for explanatory reporting.

But even though those documents are now part of the record for Manhattan District Attorney Cy Vance’s investigation into the former president, Mary Trump said she has not been involved or contacted by investigators since. She also made clear she has not been in touch with anyone from her family since she decided, last year, to go public with their dirty laundry and dysfunction.

“No,” Trump said and laughed. “I think it’s mutual. Both sides are generally fine with not being in touch. Ah, families.”