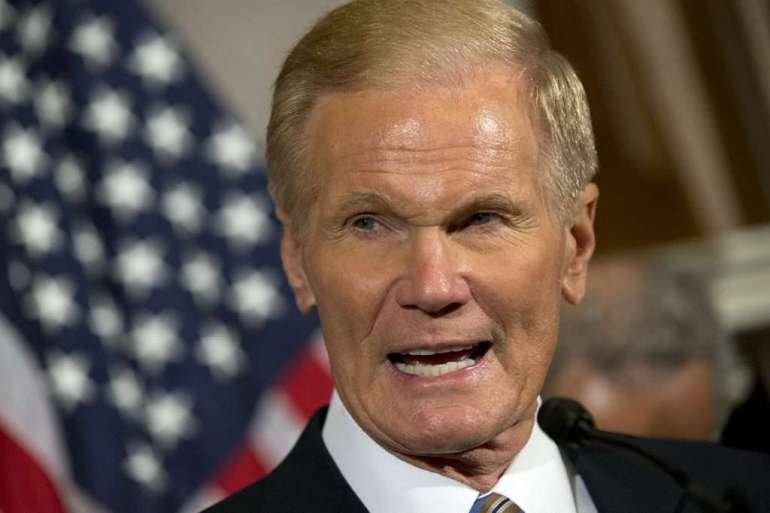 President Joe Biden officially announced his plans to nominate Nelson, an ardent supporter of the space program and friend of the president, on Friday morning, citing his work in Congress on the 2010 NASA Authorization Bill and his flight aboard the space shuttle in 1986 as reasons he is qualified for the job.

“I am honored to be nominated by Joe Biden and, if confirmed, to help lead NASA into an exciting future of possibilities,” Nelson said in a statement. “Its workforce radiates optimism, ingenuity and a can-do spirit. The NASA team continues to achieve the seemingly impossible as we venture into the cosmos.”

“He has the political clout to work with President Biden’s Office of Management and Budget, National Security Council, Office of Science and Technology Policy, and bipartisan Members of the House and Senate,” Bridenstine said in a statement. “He has the diplomatic skills to lead an international coalition sustainably to the Moon and on to Mars. Bill Nelson will have the influence to deliver strong budgets for NASA and, when necessary, he will be able to enlist the help of his friend, President Joe Biden.”

In some ways, Bridenstine’s successful tenure as administrator paved the way for another politician to take on the role, said Mike French, the vice president of Space Systems at the Aerospace Industries Association.

“When you look over the history of NASA administrators, there’s a whole bunch of different types. The most famous NASA administrator of all time is James Webb, and he was a lawyer from Texas,” French said. “To me, it’s about successfully representing the agency and pushing forward the agency’s agenda. That’s a skill set independent of your background.”

Sen. Ted Cruz (R-Texas), another supporter of NASA on Capitol Hill, has not yet released a statement on Nelson’s selection. But the two senators bonded during the 2013 government shutdown over their love of the space program as Nelson shared “war stories” about his training for the space shuttle flight over dinner, according to a Tampa Bay Times profile of Nelson.

Top Democrats in Congress also rallied around the former senator, supporting the pick because of his decades-long career in space policy as well as his close relationship with the president.

“Bill Nelson has long been one of NASA’s strongest and most passionate advocates,” said Sen. Maria Cantwell (D-Wash.), chair of the House Science, Space and Commerce Committee that will oversee his confirmation. “I am confident that he has the expertise and the political acumen to maintain and build upon the nation’s leadership in space in both the public and commercial sectors.”

While in Congress, Nelson was vocal about the harm that rising sea levels were having on his home state of Florida, and about how the space agency could help combat climate change, a top priority for the Biden administration. He also wrote legislation that authorized the Commercial Crew Program, an effort under which Boeing and SpaceX developed capsules with both federal and private funding to fly astronauts to the International Space Station that finally launched its first flight last year.

Nelson was a top supporter of NASA’s Space Launch System mega rocket built by Boeing to carry astronauts to deep space, even questioning in 2010 whether the money NASA wanted to put toward the Commercial Crew Program would be better spent on a heavy-lift rocket like SLS. The rocket is expected to be used for the Artemis missions to bring astronauts back to the lunar surface.

But the rocket is now billions over budget and years behind schedule, prompting some in the space community to question whether the same job could be done faster and cheaper by heavy-lift commercial rockets such as SpaceX’s Falcon Heavy.

“His legacy is the monster rocket & in some ways it is poetic justice that it will be his cross to bear,” Lori Garver, who served as the deputy administrator of NASA in the Obama administration, tweeted. “I’m sure he’ll support what’s in place – Artemis, commercial crew, SLS, Orion, science, earth, etc. Luckily, lots of good stuff is in the hopper.”

The Commercial Spaceflight Federation, which represents many newer space companies including SpaceX, publicly applauded the pick, saying that “America’s commercial space industry looks forward to working with Senator Nelson to continue providing NASA with the world’s most innovative and affordable technologies and solutions to achieve its ambitious missions above the Earth and across the solar system.”

But one industry official who was not authorized to speak publicly said Nelson’s previous support for the megarocket had soured some in the commercial space community on the pick because it would likely impede their push to replace the government-funded SLS with commercial rockets.

“They think their shot of canceling the SLS is gone,” the official said.