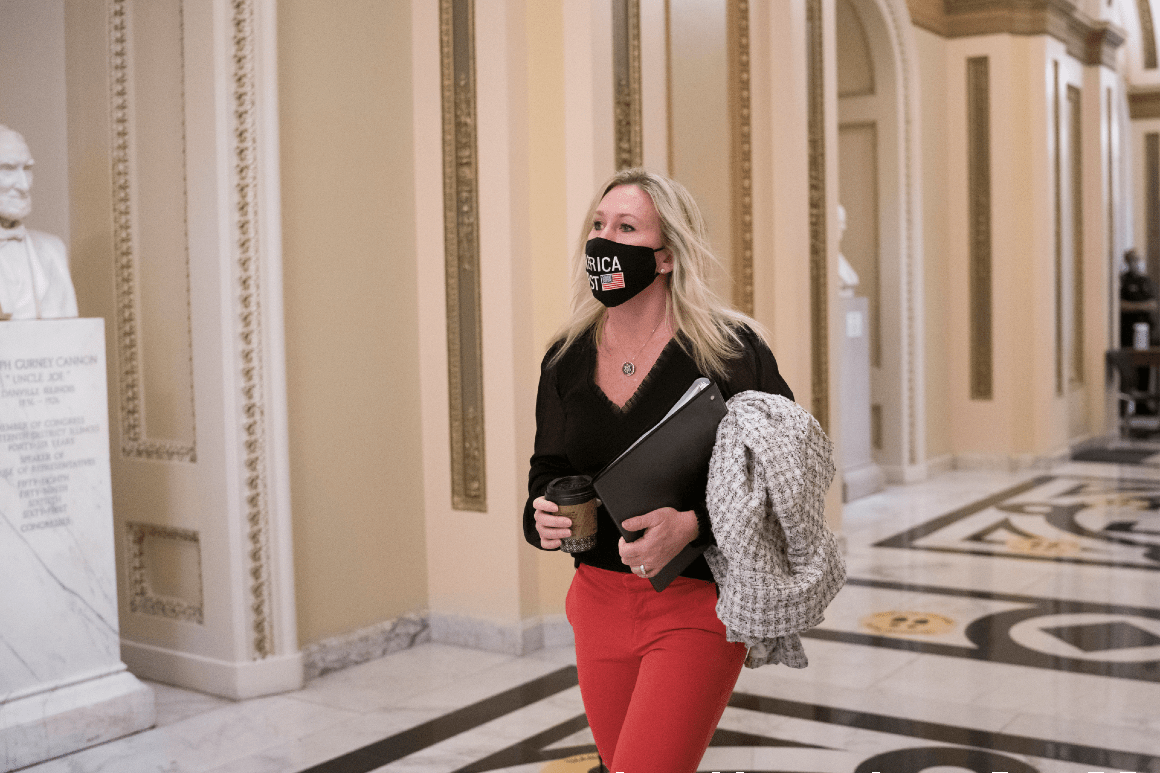 “I was just told @Twitter suspended me for 12 hrs in ‘error,’ on the same day Dems introduced a resolution to expel me from Congress,” Greene wrote in a tweet fresh after being reinstated, directing her message directly to Twitter CEO Jack Dorsey. “What a coincidence? Twitter’s little error wasn’t resolved until after 12 hrs. @jack which employee made the ‘error?’ Reply to my email, Jack.”

The move Friday by Twitter comes after Rep. Jimmy Gomez (D-Calif.) tweeted Friday that he has introduced a measure to kick Greene out of Congress over the Georgia Republican’s previous calls for violence against Democrats.

“I believe some of my @HouseGOP colleagues — and one in particular — wish harm upon this legislative body,” Gomez wrote in the tweet. “I won’t watch @RepMTG threaten our democracy and do nothing.”

The controversial congresswoman’s office confirmed earlier Friday that Twitter locked her out of her personal account for 12 hours without any details of what rules she “alleged[ly]” violated.

“This is yet another attempt by the Silicon Valley Cartel to silence voices that speak out against their far-left woke orthodoxy,” a statement from her office said.

Greene was also locked out of Twitter for 12 hours in wake of the Jan. 6 Capitol insurrection after she baselessly claimed in a tweet the results of the presidential election in Georgia were “stolen.” That meant she couldn’t tweet but remained able to send direct messages and view her feed. A Twitter spokesperson said at the time that she was temporarily locked out for violating Twitter’s policies surrounding election misinformation.

A Facebook spokesperson said in September that the company also removed a photo of Greene with a gun next to photos of progressive Reps. Alexandria Ocasio-Cortez (D-N.Y.), Rashida Tlaib (D-Mich.) and Ilhan Omar (D-Minn.) calling on people to “go on the offense against these socialists.”

A two-thirds vote would be needed to expel Greene, making it all but certain that Gomez’s effort will fail.

“They can express themselves the way they do,” Pelosi said. “What Mr. Gomez did is his own view.”

Gomez isn’t giving up, saying on MSNBC Friday afternoon that he thinks support for expelling Greene will grow over time.

“Remember when it came to impeaching [former President Donald Trump], not everybody was there at the beginning,” Gomez said. “And as time unfolded more and more people came to that same realization. So this is just a matter of timing.”

The House already removed Greene from committee assignments in early February after her racist and anti-Semitic comments and social media posts came into the spotlight. She had also previously aligned herself with the baseless QAnon conspiracy theory and repeatedly touted former President Donald Trump’s false election fraud claims.