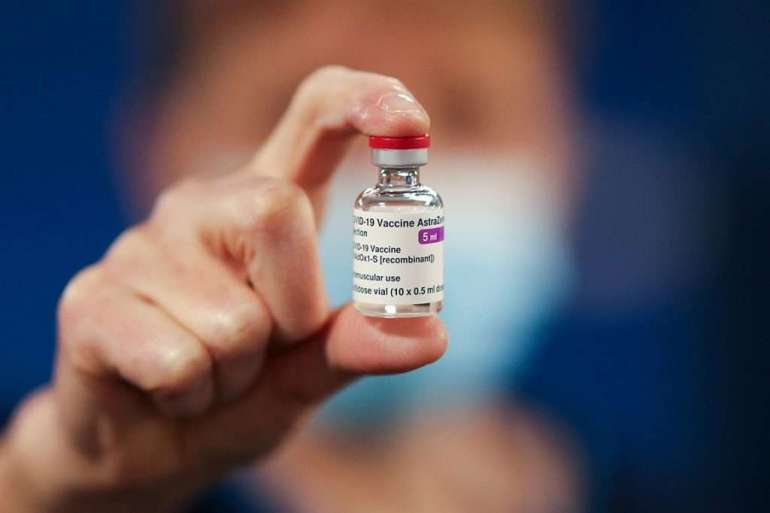 It’s the latest in a string of blunders that have undermined global confidence in the shot. When the U.S. announced last week that it would ship millions of AstraZeneca doses to neighboring countries, European regulators were busily trying to quell safety concerns; all told, 13 EU countries suspended use of the vaccine amid unsubstantiated fears it caused blood clots. And AstraZeneca had earlier drawn criticism after a dosing mistake muddled results from its U.K. trial. Now, more than half of people surveyed in France, Germany and Spain think the shot is unsafe, according to a YouGov poll published Monday.

American officials and health experts are increasingly worried that AstraZeneca’s shot, once billed as the world’s coronavirus vaccine for its low price and ease of storage, could be dragged down by anti-vaccine rhetoric already trained on Covid-19 shots because of the record pace of their development. Crumbling confidence in the AstraZeneca vaccine in particular could have devastating results among hard to reach, underserved U.S. populations already skeptical of the government’s inoculation campaign — not to mention people in developing countries who may feel like they are getting the third- or fourth-best option.

“You have a company that very likely has a very good vaccine, that has done everything possible to mess up appreciating whether it’s a good vaccine or not,” said a person with knowledge of the company’s vaccine trials and data who pointed to the U.K. dosing mistake and the company’s attempts to cobble together trial data from multiple dosing regimens. “Their entire approach … could be described, kindly, as sloppy.”

Few would have predicted the level of suspicion and controversy that have dogged the AstraZeneca vaccine in recent months. The shot, originally developed by researchers at Oxford University, was one of the first to be put into clinical trials. Early in the pandemic, AstraZeneca executives suggested that doses could be available as early as October 2020, far ahead of other vaccine contenders. The Trump administration ordered 300 million doses last May, far and above the initial orders it placed with other vaccine makers.

But then the problems started: That fall, AstraZeneca paused its trials around the world to assess a serious illness in a U.K. study participant, and the U.S. trial took nearly two months to restart. Then it became clear that the drugmaker had mistakenly given roughly 3,000 people in its U.K trial roughly half the intended first dose — and the results were actually stronger for the lower, erroneous dose.

The stumbles made U.S. officials wary to accept early signals that the vaccine is safe and effective, even as more than 50 other countries approved and distributed the shot to millions this year. But the U.S. still had a promise from AstraZeneca to provide 300 million doses and was loath to let those shots go.

U.S. government officials have acknowledged in conversations with POLITICO that they do not need the AstraZeneca vaccine to meet President Joe Biden’s goal of vaccinating all adults as long as Pfizer, Moderna and Johnson & Johnson deliver their promised doses. But the prospect of production problems or anything that could threaten Biden’s promise to have enough doses for every American by the end of May have made the administration reluctant to release any AstraZeneca doses from the U.S. stockpile, said two people familiar with the discussion.

The administration ultimately announced last week that it would give 2.5 million doses to Mexico and 1.5 million to Canada, but officials did not articulate plans for sharing more shots worldwide.

An AstraZeneca spokesperson said Monday that the company plans to apply for emergency use in the United States in the first half of April, and can supply 30 million doses immediately, with 50 million more in the next few weeks if the Food and Drug Administration clears the vaccine. After that, the company projects it can supply the United States with 15 to 20 million doses per month.

“We are confident our vaccine can have a real, tangible impact on the course of the pandemic, protecting millions of people in Europe and worldwide against this lethal virus,” said an AstraZeneca spokesperson. “We are seeing successful immunization programs around the world — and protecting populations, including older age groups, is of primary importance.”

On Tuesday morning, hours after the NIH press release suggesting problems with the company’s efficacy data, AstraZeneca said its press release was “based on a pre-specified interim analysis with a data cut-off of 17 February.”

Confusion and anger around AstraZeneca’s botched global rollout have frustrated government officials and vaccine experts alike, across the globe, casting a shadow over the shot that could still play a massive role in worldwide immunization efforts.

Some experts also worry that the timing of Biden’s loans to neighboring countries is sending an unintended message.

“The last thing you want to do is create a perception that there are two classes of people in the world: Those that get good vaccines and those who get vaccines that are less good,” said a former senior Food and Drug Administration official.

“It’s great they are sending vaccines to Canada and Mexico, but doing it at the same time all these European countries are suspending it — they have to be cognizant of the optics here,” he said. “You’ve got a lot of bad things happening to this vaccine at once.”

Those include 13 European countries pulling back recommendations to use the vaccine amid reports of blood clots that so far have not been linked to the shot; all have reinstated use of the vaccine after reassurances last week from the bloc’s medicines agency. There are also early data from a South African trial suggesting the vaccine is not effective against a dominant strain there, B.1.351, which has led that country to continue its suspension of the shot.

“And now you have the impression by some that the Biden administration is just dumping its doses. It’s tossing the tea overboard,” said Hotez.

Europe’s mixed reaction to the vaccine has been an unmitigated disaster, especially because U.S. and European drug regulators are typically seen as harmonious groups with similarly high standards, said current and former U.S. health officials.

“The handling of the AstraZeneca vaccine is quite a black mark for European drug regulators,” said the former senior FDA official. “This was going to be … the example of the European Union putting this all together and doing a great job for all the member states, in a way the member states could not do independently. And what this fiasco does is make Brexit look pretty good.”

Even before concerns emerged last week about blood clots, some European countries began restricting the vaccine’s use in the elderly, citing insufficient data in that population. Officials around the bloc have also aired frustration about AstraZeneca’s manufacturing delays, with some essentially accusing the company of slashing European orders to get better prices elsewhere.

Publicly, top Biden officials are rushing to repair AstraZeneca’s image. The president’s chief medical officer, Anthony Fauci, has backed the European Medicines Agency’s safety assurances in White House briefings and congressional hearings, pointing out that the incidence of blood clots in trials of the AstraZeneca vaccine was on par with their frequency in the real world, outside of vaccine studies.

And White House coronavirus adviser Andy Slavitt emphasized the quality of the Food and Drug Administration’s vaccine reviews during a White House press briefing on Monday. “The science is going to be what the science is. The results are going to be what the results are going to be,” he said. “The American public will need to hear that directly and it’s important that they have great confidence in what comes out of our independent scientific agencies.”

But it’s not clear whether the U.S. trial data that AstraZeneca revealed Monday — which shows the vaccine is a solid option compared to the shots FDA has already authorized — can turn the tide of public opinion worldwide. After countries including France, Germany, Spain and Italy suspended the vaccine’s use, African and Asian countries including Democratic Republic of Congo, Indonesia and Thailand followed suit, citing Europe’s concerns.

World Health Organization officials have responded by rallying behind the shot, underscoring that it is still in high demand among members of the global equity effort known as the COVAX Facility. All countries in the COVAX group are going ahead with it, said Bruce Aylward, a senior WHO adviser who is working with the program.

Thailand and Indonesia resumed vaccination after a brief suspension, with the Thai prime minister receiving it last week to instill confidence. But the DRC, which delayed the rollout of the 1.7 million doses it received through COVAX, has yet to announce plans to end its suspension. Meanwhile, South Africa has sold the 1.5 million doses it had acquired from the Serum Institute of India to 14 other African countries.

“We don’t have many options for global health,” said Hotez, noting that Pfizer and Moderna have made limited global deals. “What do we have? We have the J&J vaccine, maybe, and then you’ve got the Russia and Chinese vaccines that have bypassed, so far, WHO prequalifications,” referring to the process that the World Health Organization uses to assess a vaccine’s safety and effectiveness — a critical part of its recent support for AstraZeneca amid confusion.

“We don’t have a lot for low- and middle-income countries,” Hotez added. “And that’s why we need this.”

Carmen Paun contributed to this report.