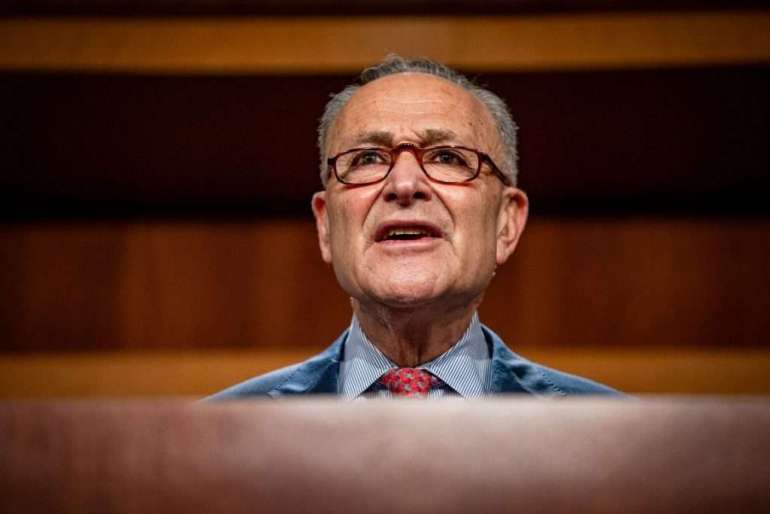 While Schumer did not specify when the Senate would consider a universal background checks bill, the Judiciary Committee is holding a hearing Tuesday on solutions to gun violence. The House passed legislation earlier this month that would expand the federal background check requirement to all firearms sales. But it faces a steep climb in the Senate, where it’s unlikely that 10 Republicans will support it.

Schumer also took the first steps Tuesday toward potential Senate consideration of a measure from Sen. Mazie Hirono (D-Hawaii) that addresses the rise of hate crimes against Asian Americans amid the coronavirus pandemic. Hirono’s bill would designate a point person at the Department of Justice to expedite review of cases. In addition, the Senate could potentially consider a bill from Senate Majority Whip Dick Durbin to combat domestic terrorism and white supremacy.

In his floor speech, Schumer blamed Donald Trump for the rise in violence and harassment against Asian-Americans, noting that the former president has called the coronavirus the “China virus.”

“The former president encouraged rhetoric that blamed the Chinese people for the coronavirus, an absolutely despicable notion that has led to all sorts of verbal and physical assaults on Asian Americans,” Schumer said. “We all know that an attack against any one group is an attack against all of us.”