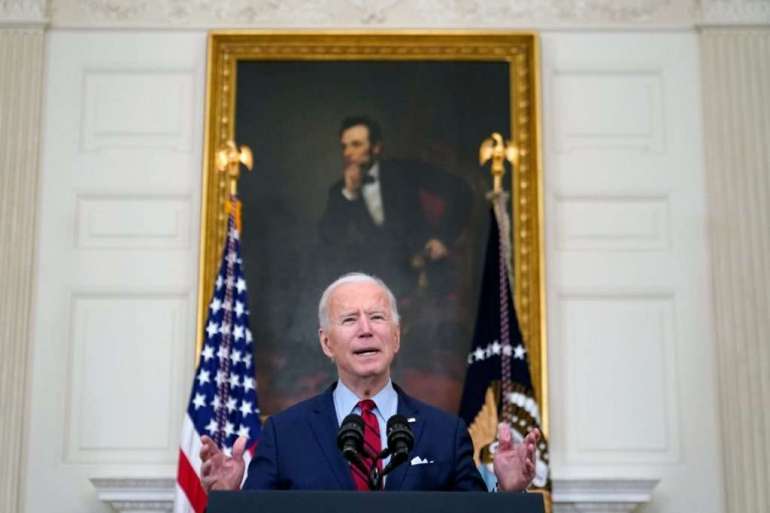 “I’m going to use all the resources at my disposal to keep the American people safe,” Biden said. “I don’t need to wait another minute let alone an hour to take common sense steps that will save lives in the future and to urge my colleagues in the House and Senate to act.”

Without changes to the legislative filibuster, the success of such legislation is dependent on Biden’s ability to find Republican votes. Biden spoke to Sen. Pat Toomey (R-Pa.), who has pushed a background check bill for years, according to the senator’s office. But that came prior to Biden entering office. Since then, he has not engaged the senator.

A senior administration official said Biden has spoken to lawmakers but declined to say which, if any, Republicans he’s spoken to on gun legislation.

“I think you will hear him again and again over the weeks and months ahead reiterate his support for legislation universal background checks, closing the Charleston loophole and banning assault weapons and high capacity magazines,” the official said.

Peter Ambler, executive director of Giffords, implored Biden and Vice President Kamala Harris to find a way to bring the Toomeys of the world on board for a legislative push.

“[Biden’s] called by history, by the problem of gun violence writ large, to work actively to work actively with Republicans and Democrats in the Senate to move this along,” Ambler said. “At the end of the day, if not this, then what?”

In the aftermath of two mass shootings in less than a week, Joe Biden is is hoping to avoid a repeat of his failed 2012 gun reforms — and activists are wondering why he isn’t doing more.

But for other advocates, who also represent survivors of mass shootings and are focused on gun violence impacting communities of color, a plan that involves waiting on Capitol Hill to act is doomed for either failure or ineffectualness.

“People that look like me are being targeted and it was a good opportunity for him to connect the ease of acquiring firearms and the need for gun reform after that tragedy — he needs to lead,” said Po Murray, who is Asian American and executive director of Newtown Action Alliance, a group formed after the 2012 Sandy Hook Elementary shooting in Connecticut.

Murray and other activists told POLITICO the White House’s main explanation for a delay in action is that “they’re still building a team.” Executive actions on gun control are expected to run through the Justice Department and Biden’s attorney general pick, Merrick Garland, was confirmed only two weeks ago.

Two people who have been in touch with the administration said the White House was “weeks away” from introducing a package. Senior officials there have held a series of meetings with activists from legacy, minority and youth-led groups and are now working on writing proposals, they say.

“I am confident they are working on this in good faith, they’re being diligent and they have good reasons for wanting to work through the issue at the pace they are doing,” said a person who supports changes and has met with the White House. “But yes, I am frustrated that we haven’t had action yet, especially when the administration is taking actions on so many issues that intersect with gun violence.”

The senior administration official confirmed that the administration plans to finish up some initial executive actions that could be in the form of executive orders, presidential memorandum, rules or agency guidance in the next few weeks. But the White House has not decided how to announce the actions or even if there will be a single announcement.

“I don’t think there has been a delay,” the official said. “The administration has been working hard from Day One to pursue actions to reduce gun violence. No one understands the urgency more than the president and are looking forward to rolling out some of the initial actions we can take.”