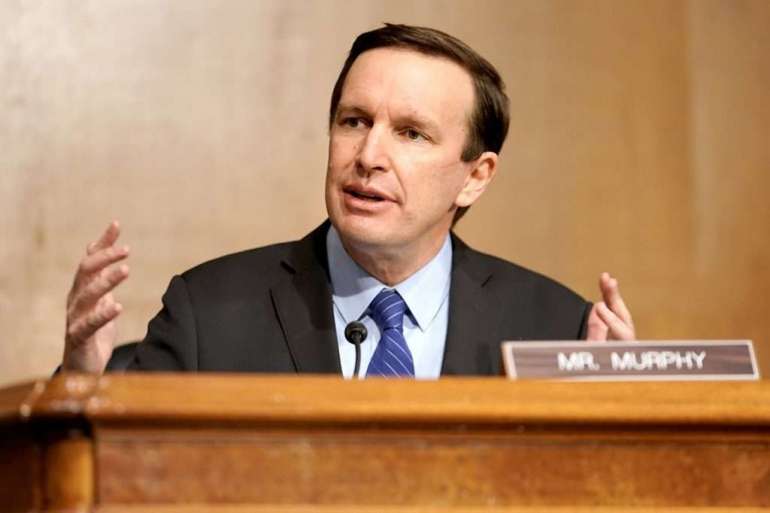 On Wednesday, however, Murphy appeared hopeful that the politics of gun reform had evolved over the past several years, saying he would work over the next two weeks to bring a bill to the floor of the Senate that would require universal background checks for firearms sales.

“I know a lot of people count us out [and] think that the politics are still the same as they were a decade ago,” Murphy said. “I don’t think they are. I’ve talked to a lot of Republicans that I don’t think want to stay on the outside of this issue for the next 10 years. So we’re going to work this thing really hard.”

The House already passed a universal background checks bill earlier this month, as well as another measure that would allow an expanded 10-day review for gun purchases, closing the so-called “Charleston loophole.” And although neither measure is likely to achieve the 60 votes necessary to win approval in the Senate, Sen. Richard Blumenthal (D-Conn.) echoed Murphy’s optimism about the odds for reform.

“We are in a new era here,” Blumenthal told CNN. “I think it’s almost the dawn of a different kind of day, because we have a president who feels passionately — and a vice president — that we need these kinds of common-sense measures. We have majorities in both the House and the Senate. We have a majority leader who says we’re going to have a vote. We’re going to put those Republicans on record.”

President Joe Biden demanded Tuesday that the Senate immediately consider the two gun reform bills from the House, and he also called for a federal ban on assault weapons and high-capacity magazines. The White House has said it is open to exploring executive action to counter the gun violence epidemic, but Vice President Kamala Harris stressed Wednesday that the administration would prefer congressional action.

“I don’t think the president is excluding that,” Harris told “CBS This Morning,” referring to potential unilateral reform by the president. “But again, I want to be clear that if we really want something that is going to be lasting, we need to pass legislation.”

Senate Majority Leader Chuck Schumer (D-N.Y.) reaffirmed Tuesday his pledge to force a vote on the House’s universal background checks bill, despite opposition from Sen. Joe Manchin (D-W.V.) — whose support has become critical to the success of Biden’s legislative agenda in an evenly divided Senate.

As for the chamber’s Republicans, Senate Minority Leader Mitch McConnell (R-Ky.) said Wednesday that the House legislation failed to address the root causes of mass shootings, which he described as mental illness and the difficulty in identifying potential perpetrators. “But if [Schumer] wants to bring it up, well, I’d be happy to debate it,” McConnell told Fox News.

Sen. Tim Kaine (D-Va.) downplayed the intraparty division between Manchin and other Senate Democrats over background checks and said the caucus could come together to broker a deal on the finer points of the legislation.

“If we can get 50 out of 50 Democrats,” Kaine said, “the first thing we’re going to do is go out and try to get Republicans on board — many of whom voted with us in 2013. And I think they’ll vote with us again, especially since there have been hundreds of tragedies since Sandy Hook.”

Indeed, the shooting at Boulder’s King Soopers grocery store Monday — which killed 10 people, including the first responding police officer — came less than a week after the attacks on three Atlanta-area spas that resulted in the deaths of eight people — among them six women of Asian descent.

“I don’t know whether these last two tragedies in Atlanta and Boulder will be the two that will finally make Congress do what the American public wants,” Kaine said. “But my gut tells me we’re getting closer and closer to the day when Congress … will finally take steps to keep people safe from this carnage.”

Ben Leonard contributed to this report.