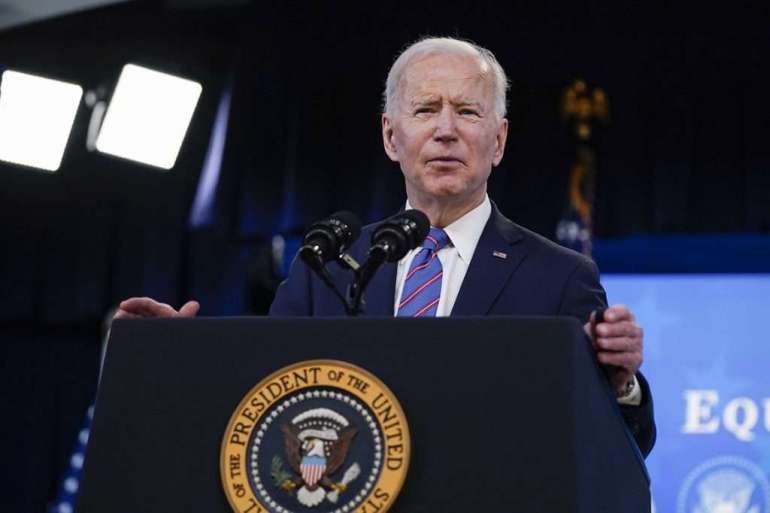 Among them is the long-held fear that massive spending — coupled with persistent easy-money policies from the Federal Reserve — in an already firming economy could spark a wave of inflation, a disorienting spike in interest rates and a painful pullback in a broad range of currently high-flying assets, from home prices to tech stocks to the newer fad of “non-fungible tokens” and Special Purpose Acquisition Companies (SPACs) that saw a flood of investor interest in recent months.

“History shows us that when money is effectively free, crazy things happen,” said Rep. Jim Himes (D-Conn.). “And we are starting to see lots of crazy things in the equity market, the high-yield bond market, SPACs and tokens. Oftentimes this kind of thing does not end well at all.”

Himes and other Democrats are quick to note that previous warnings about the need for fiscal restraint proved hollow and severely limited the effectiveness of President Barack Obama’s economic rescue efforts following the 2008 financial crisis.

And so far, despite some unrest in bond markets, investors in government debt have shown only limited concern about Biden’s spending plans despite soaring federal debt and annual deficits.

But the long road to securing the next package is quickly getting littered with warnings that could become ‘I-told-you-so’ moments even before Biden can strike a deal in Congress.

Among the most critical questions is whether pumping trillions more dollars into the economy, one that’s already catapulting out of the worst of the Covid-19 epidemic, could lead to the kind of overheated conditions that trigger a new era of too much inflation — the kind that historically has required the Fed to hit the brakes, even if it means triggering recession.

“My concern is that this is taking us further into substantial risk territory,” Larry Summers, the former top Obama and Clinton administration economic official, who has emerged as the most prominent Democrat warning of unintended consequences. “We either do what we did during Vietnam, which is explain inflation away and attribute it to transitory factors until we wake up one morning and we have 4 percent inflation expectations, or we aggressively try to contain it like we did after the Korean War and we have a recession. Both of those are substantial risks along with the risks to the dollar and of asset price bubbles.”

Jared Bernstein, a member of Biden’s White House Council of Economic Advisers, said administration officials were not at all “dismissive” of concerns about inflation or overheating the economy — but that on balance they view the risks of doing too little as far greater than doing too much.

He suggested that some significant portion of the next $3 trillion would be offset by proposed increases to corporate taxes and individual rates on the wealthy.

“We recognize that corporations and the wealthy have disproportionately benefited from growth for many years now including over the pandemic,” he said. “Overall, this is a very concentrated package that hits a critical set of goals including knocking out the virus and putting it behind us and then an investment agenda to push back on structural inequalities that have long persisted, and doing so while injecting some much needed equity and fairness into the tax code.”

Biden himself is expected to start facing questions about his new spending plans at a press conference on Thursday and at other events in the coming weeks. The president has already reiterated his campaign pledge that he’d like to reverse some of President Donald Trump’s tax hikes, pushing the corporate rate higher and raising individual rates on those making over $400,00 per year.

Getting those kinds of tax hikes through would require the White House and Democrats in Congress to once again use the budget reconciliation process they employed to win passage of the $1.9 trillion Covid relief package. The process requires only a simple majority in the Senate, meaning every Democrat plus Vice President Kamala Harris casting the deciding vote.

White House officials expect more details to come next Wednesday when Biden travels to Pittsburgh as part of the “Help is Here” tour touting the stimulus plan.

The $3 trillion in further spending would include much more of Biden’s “Build Back Better” campaign agenda, including big investments in infrastructure and renewable energy, a White House official said. A second package could include other campaign promises on expanding free access to community college, universal kindergarten and more paid leave, all aimed at fighting economic inequality.

Support for making these kinds of big investments, even without any GOP support, is fairly wide among Democrats who largely no longer care about debt and deficits. Covering the cost of these programs — which Biden highlighted as a priority on the campaign trail — is much less of a concern for the party than it was in recent decades.

The growing concern on Wall Street is not just driven by Democrats’ spending plans. It also centers on Fed Chair Jerome Powell and his colleagues remaining strongly committed to keeping interest rates low for a long period of time and expressing little to no concern about the potential for higher inflation to take hold — particularly as the economy recovers from the pandemic and households prepare to deploy significant savings and stimulus checks on an expected wave of spending later this year and next year.

To some investors and economists, inflation is already growing troublesome in higher housing and commodity prices even if the commonly used national gauges of inflation remain tame. Fears in the bond market about rising inflation, which reduces the value of current holdings, drove up yields on Treasury debt for several weeks, creating jitters across financial markets until Treasury yields moderated recently.

Some Wall Street analysts still fear market turbulence ahead — particularly after record gains in the past year since the coronavirus crisis struck — that dents business confidence and slows an otherwise bright economic path.

“Powell’s goal is to drive broad unemployment down and he wants to keep maximum liquidity in the system and to not adjust policy anytime soon,” said Andrew Slimmon, managing director at Morgan Stanley Investment Management. “The net result of highly pumped up liquidity is you start to create asset bubbles in many places.”

Slimmon, like many on Wall Street, is not at all sure when the combination of massive federal spending and Fed easy-money policies will spark inflation that could lead to many of these bubbles bursting. “I don’t know why it hasn’t happened. But it could happen,” he said.

Powell and the Fed, meanwhile, continue to suggest that somewhat higher inflation would be welcome after years in which price increases ran below the central bank’s 2 percent target.

The central bank instead is trying to convince markets that it will not blink at the first sign of trouble and will let price levels rise slightly higher. Without that change in mindset, the Fed fears being stuck in a world where inflation runs below its target and rates are low forever.

Closely tied to this is the Fed’s prediction (as well as that of Treasury Secretary Janet Yellen) that inflation later this year won’t be long-lasting.

Progressive Democrats make similar arguments about Fed policy, suggesting fears of too much inflation are unfounded and that healing the labor market is far more important. They mostly say the same about concerns about the impact of rising debt and deficits.

In previous Democratic regimes, including those of Clinton and Obama, White House officials including Summers often worried about bond market “vigilantes” exacting their toll on the economy.

The fear was that deficits and debt would reach the point that bond investors would resist buying Treasury debt over fears about long-run sustainability. That would then lead to sharp spikes in interest rates, denting the economy.

But those risks never materialized in a debilitating way. And so it should no longer be a concern, many progressives say.

Critics of this view suggest that just because it hasn’t happened in recent years does not mean it can’t happen, especially if Congress and the White House are pumping $5 trillion more into the economy only partly offset by higher taxes or spending cuts elsewhere.

“People have forgotten that prior to [former Fed Chair] Paul Volcker’s disinflation, the basic story of the American business cycle was that the economy overheated, generated inflation and then the Fed hit the brakes hard and the economy skidded into recession,” said Summers.

Victoria Guida contributed to this report.