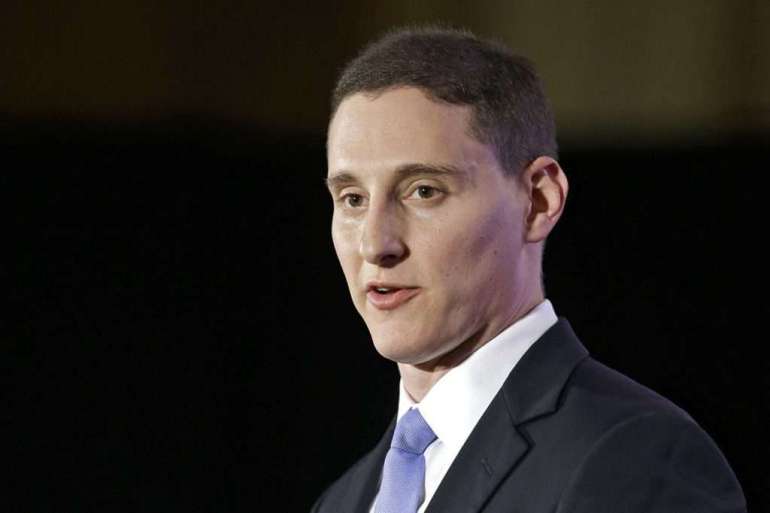 What ensued was a 15-minute backroom backbiting session reminiscent of Trump’s reality TV show. Mandel said he was “crushing” Timken in polling. Timken touted her support on the ground thanks to her time as state party chair. Gibbons mentioned how he’d helped Trump’s campaign financially. Moreno noted that his daughter had worked on Trump’s 2020 campaign.

The scene illustrated what has become a central dynamic in the nascent 2022 race. In virtually every Republican primary, candidates are jockeying, auditioning and fighting for the former president’s backing. Trump has received overtures from a multitude of candidates desperate for his endorsement, something that top Republicans say gives him all-encompassing power to make-or-break the outcome of primaries.

And the former president, as was so often the case during his presidency, has seemed to relish pitting people against one another.

One person familiar with what transpired in Wednesday evening’s huddle described it as “Hunger Games,” an awkward showdown that none of them were expecting. Making matters even more uncomfortable, this person said, was that the rival candidates sat at a circular table, making it so that each had to face the others.

Trump kicked off the meeting by asking everyone to tell him about how the race was going. Timken, who was Trump’s handpicked state party chair, was the first to speak. She talked about the early support she’d received and how she’d worked to reelect him.

Two people familiar with the discussion said that Trump at one point reminded Timken that she’d initially defended Rep. Anthony Gonzalez (R-Ohio) after he’d voted for Trump’s impeachment in January. That evening’s fundraiser was to benefit Max Miller, a former Trump White House aide who was running to unseat Gonzalez, and the former president spoke derisively about the member of Congress throughout the evening, several attendees said.

Timken, two people said, responded to Trump by saying that she’d “cleaned” up her position, an apparent reference to a later statement she released calling on Gonzalez to resign.

Another person briefed on the meeting pushed back on that account, saying that Trump was only playfully teasing Timken over her past remarks on Gonzalez. The person noted that later on in the night, speaking before the fundraiser, the former president had complimented Timken on her work as chair.

Multiple people familiar with what transpired during the meeting said most of the tension seemed to be between Timken and Mandel, and that it appeared they were trying to outdo one another. Timken and Mandel have already announced their candidacies and are considered the early frontrunners; Gibbons and Moreno have yet to formally launch their campaigns.

Mandel used his speaking time to promote his recent endorsement from the Club for Growth, an anti-tax organization whose president, former Rep. David McIntosh (R-Ind.), is close to the former president. He also noted that a recent Club for Growth poll showing him leading the field and mentioned that his campaign had conducted a private survey with similar results.

According to one account, Mandel added that he was “crushing” Timken in the early polling.

Timken laughed off the broadside, insisting that her internal polling showed her in a strong early position.

The former president indicated that he was aware of surveys showing Mandel ahead. But at one point, he asked if the former state treasurer was fully committed to the contest — an apparent reference to Mandel’s decision to withdraw from the 2018 Senate race, which at the time he attributed to his problems with his wife’s health.

Mandel responded: “Mr. President I only know two ways to do things: either not at all, or balls to the wall. I hired a bunch of killers on my team. I’m a killer, and we’re going to win the primary and then the general.”

Mandel went in hard during the conversation, saying that he’d endorsed Trump earlier than any of his opponents during the 2016 presidential race and mentioned that he’d been active in raising money for his reelection bid.

Gibbons spoke about how he’d donated extensively to Trump, even though the former president had backed Gibbons’ opponent in the 2018 Senate primary, then-Rep. Jim Renacci (R-Ohio). According to the accounts of two people, Trump responded by saying Renacci, whom Gonzalez replaced in the House, wasn’t a winner — a likely reference to Renacci’s defeat in the 2018 general election to Democratic Sen. Sherrod Brown.

Moreno largely stayed out of the fray, though at one point he said that each of the four candidates should earn Trump’s endorsement.

Over the course of the evening, Trump appeared to be fixated with Ohio Gov. Mike DeWine, whom the former president attacked last fall after DeWine called Joe Biden “president-elect” during an appearance on national television.

Trump has yet to endorse in the race, and during the meeting he made no indication that he was backing one candidate over another. The four are running to replace retiring GOP Sen. Rob Portman. The Republican field is also likely to include author J.D. Vance, who was not present Wednesday evening.

During the meeting, Trump asked about the governor and whether he could be defeated in a primary. While Mandel said the governor was politically vulnerable, Timken argued that he’d be hard to beat.

Later in the evening at the fundraiser, the former president polled the attendees on what they thought of their governor. The question at first drew some confusion, given that the event was taking place in Florida whose Republican governor, Ron DeSantis, has been allied with Trump. It soon became clear, however, that he was referring to DeWine.

DeWine has yet to draw a Republican challenger, though Renacci has been mentioned as a possible candidate.