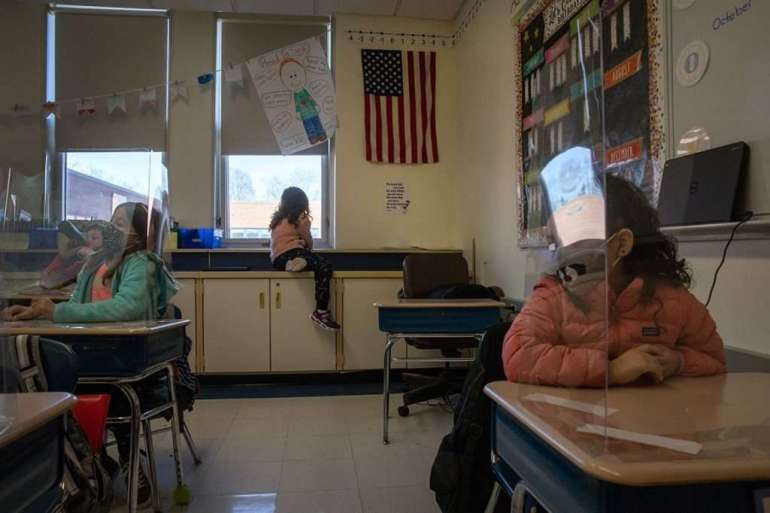 “We need this surveillance strategy that is going to take us through the pandemic and go to post-pandemic, so we need to be thinking big and broad and further than just what’s going on right now,” said Scott Becker, CEO of the Association of Public Health Laboratories. “Through this pandemic, we in the public health system and the country have been focusing on what’s in front of our nose and we really need to look further out.”

That will still be true even as more and more Americans are vaccinated, he added. “As incidence is down, when the cases pop up and they invariably will, that’s when public health action and contact tracing is going to come into effect,” Becker said. “That’s how we’re going to uncover any new variants and understand how extensive any new variants are.”

More than a year into the pandemic, the country’s testing capacity far outpaces demand. The number of Covid-19 tests conducted by labs nationwide has plummeted from more than 1.8 million tests a day in January to fewer than 1.2 million a day in recent weeks, according to HHS data.

Public health experts say the reduced demand is the result of a steep fall in new cases, a growing number of vaccinated Americans and increasing reliance on rapid antigen tests conducted in doctor’s offices or even homes, rather than the drive-through mass testing sites that played a major role earlier in the pandemic. Those rapid tests return results within minutes but are not reliably reported to public health officials.

The upside is that the U.S. now has enough testing capacity to routinely screen schoolchildren while not disrupting other testing outside schools, according to Mara Aspinall, who advises the Rockefeller Foundation on Covid-19 testing and sits on the board of diagnostics manufacturer OraSure.

There are PR disasters … and then there’s whatever the heck happened with AstraZeneca this week.

Jennifer Nuzzo, an epidemiologist at the Johns Hopkins Bloomberg School of Public Health, said that while schools do not appear to be a major source of community transmission, regular screening of students and teachers will be a valuable tool to limit Covid-19 outbreaks.

“Returning kids to school is the most important thing we should be working on right now,” Nuzzo said. “Any governor, mayor, county leader whose schools are not open, that jurisdiction is in crisis. If testing can help improve people’s confidence to return to schools, it is definitely money well spent.”

While the initial focus by the administration is centered on returning children to in-person learning, it could adapt the strategy to workplaces trying to bring back employees without mandating vaccinations.

“Clearly it’s a little bit of a shift from the traditional testing — which was kind of demand driven — to more of a screening and surveillance testing where you’re doing everybody or you’re doing a random sampling,” said Marcus Plescia, the chief medical officer of the Association of State and Territorial Health Officials. “I think that kind of approach would work very well at work sites as well.”

The Workplace Employers Alliance for COVID-19 Testing — whose members include Amazon, Thermo Fisher Scientific, CVS Health and BD — wants the Centers for Disease Control and Prevention to publish more detailed testing guidance for different types of employers, and the government to clarify who should pay for such screening, according to coalition spokesperson Mario Ramirez.

“Once we have parents who are freed up from having to watch their kids at home every day, employers can start to look seriously at what it takes to actually get people back to the workplace safely,” Ramirez said. “I think we’re at an inflection point in our testing capacity where the number of tests, and the kinds of tests are increasing really rapidly,” he added.

Leaving implementation of Covid-19 screening programs largely to states mimics a Trump administration strategy that was widely criticized last year. But many in public health and industry who voiced concern now say directly giving states funds makes sense because the country’s testing capacity is far larger and screening programs are already in place in several states.

New Jersey-based BioReference Laboratories has tested more than 350,000 students in New York City schools since October, according to CEO Jon Cohen. The commercial lab started a similar program in Chicago this month and expects the influx of federal cash for school testing to have a substantial impact on the ability to start screening programs in other cities.

“There are several school districts — more than several — who we talked to in the past who expressed interest but didn’t have money to do it,” Cohen said. “There was no funding available.”

But Plescia suspects that some school districts will still struggle to put in place a regular testing regime. “My sense is this money will go out to some places, the early adopters, and probably that is going to be into school systems that have always been overall better performers,” he said. “I think we have concerns about how well we’ll be able to get other systems up to speed or provide technical assistance so they can use the money.”