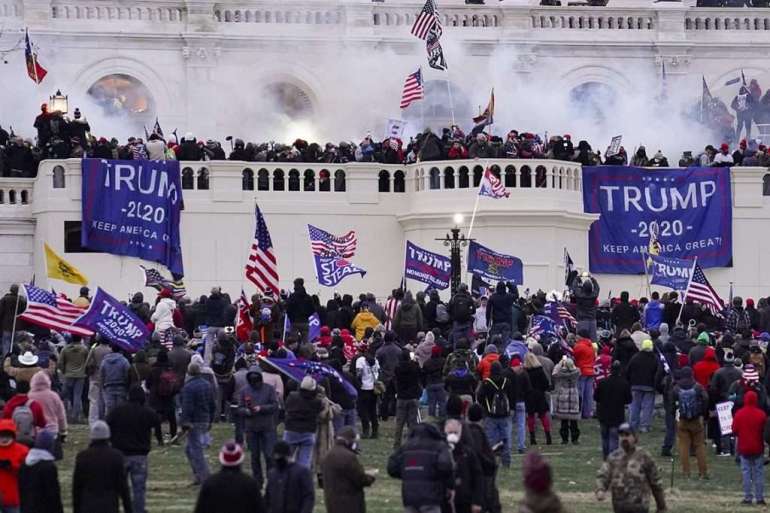 “We understand that the Department continues to investigate and prosecute individuals involved in the events on January 6, 2021,” they wrote in a letter to the Justice Department. “We are happy to work with you to ensure that the document requests in this letter do not interfere with ongoing investigations and prosecutions.”

The congressional investigation is reminiscent of the multi-committee efforts that pursued Trump’s first impeachment probe in 2019. At the time, Pelosi regularly huddled with six key committee chairs who were pursuing Trump-related investigations.

The panels pursuing the Jan. 6 response are the Judiciary, Oversight, Armed Services, House Administration, Appropriations, Homeland Security and Intelligence Committees — each of which has jurisdiction over elements of the federal response and Capitol Security.

The committee chairs also reached out to the District of Columbia government and police department, as well as to internal congressional agencies like the Architect of the Capitol, the Capitol Police, and the House and Senate Sergeants at Arms.

Pelosi has been pushing for a 1/6 Commission reminiscent of the post-9/11 review authorized nearly two decades ago after the Sept. 11 attacks in 2001. But the plan snagged as Republicans demanded that the commission’s purview expand beyond Jan. 6 to include left-wing violence. Republicans pinned the blame on Pelosi’s draft proposal to give Democrats a numerical edge on the panel. Pelosi has said the structure is negotiable.

Asked about the status of the commission on Thursday, Pelosi told reporters she is still seeking a bipartisan approach, but she hinted at what was to come: “We have other, shall we say, paths.”