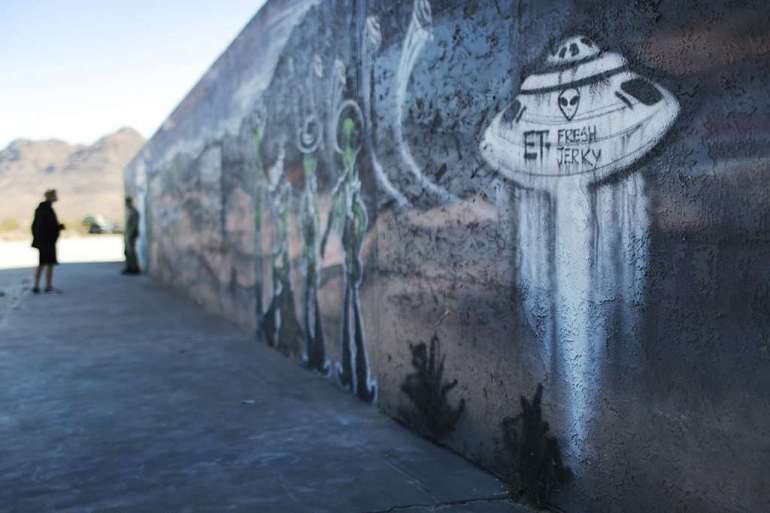 The request came after revelations in 2017 that the Pentagon was researching a series of unexplained intrusions into military airspace, including high-performance vehicles captured on video stalking Navy ships.

But those advising the investigations are advocating for significantly more time and resources to retrieve information from agencies that in some cases have shown reluctance, if not outright resistance, to sharing classified information. And they worry that without high-level involvement, it will be difficult to compel agencies to release what they have.

“Just getting access to the information, because of all the different security bureaucracies, that’s an ordeal in itself,” said Christopher Mellon, a former Pentagon intelligence official who lobbied for the disclosure provision and is continuing to advise policymakers on the issue.

For example, he asserts that a Pentagon task force established last August and led by the Navy has had few personnel or resources and only modest success acquiring reports, video or other evidence gathered by military systems.

The Pentagon task force is expected to be the primary military organization contributing to the wider government report.

“I know that the task force has been denied access to pertinent information by the Air Force and they have been stiff-armed by them,” Mellon said in an interview. “That is disappointing but not unexpected.”

The Air Force, which is historically most associated with UFOs from its investigations during the Cold War, deferred all questions on the subject to the Office of the Secretary of Defense, which has similarly said little publicly about the effort.

“To protect our people, maintain operational security and safeguard intelligence methods, we do not publicly discuss the details of the UAP observations, the task force or investigations,” said Pentagon spokesperson Susan Gough, who declined to address the criticism.

The report due to Congress will include “a detailed analysis of unidentified phenomena data collected by” a host of means, including imaging satellites, eavesdropping equipment and human spies.

It also must include “a detailed analysis of data of the FBI, which was derived from investigations of intrusions of unidentified aerial phenomena data over restricted United States airspace.” The report must contain “a detailed description of an interagency process for ensuring timely data collection and centralized analysis of all unidentified aerial phenomena reporting for the federal government, regardless of which service or agency acquired the information.”

Gathering such information from across the national security bureaucracy is enormously challenging, Mellon said.

A spokesperson for Director of National Intelligence Avril Haines told POLITICO the report to Congress is in the works, but declined to offer further details. “We are aware of the requirement and will respond accordingly.”

Any delay in delivering it is likely to be perceived by a large segment of the public as an attempt by the government to hide what it knows.

But there is growing pressure from Congress for a more organized effort to compile what the government has learned and reveal how it is trying to solve the mysteries.

Sen. Marco Rubio, who was responsible for requesting the report, told Fox News this week that he does not believe military and intelligence agencies have come to any solid conclusions about the origin of the UFOs. But he insisted that the reports demand a more comprehensive intelligence-gathering effort.

“We have to try to know what it is,” the Florida Republican said. “Maybe there’s a logical explanation. Maybe it’s foreign adversaries who made a technological leap?”

Rubio also held up the prospect that agencies will need more time to complete the report. “I’m not sure they are going to come in on time,” he said. “I’m not sure by June 1 they have reached a hard conclusion about what they are dealing with and there may be more questions, or new questions, than full answers …”

“I can tell you it is being taken more seriously now that it ever has been,” he added.

The pressure to disclose what the government is doing has only intensified after recent comments from the former top intelligence official.

“We have lots of reports about what we call unmanned aerial phenomenon,” John Ratcliffe, who served as director of national intelligence under former President Donald Trump, said in an interview with Fox News last week. “When we talk about sightings, we are talking about objects that have [been] seen by Navy or Air Force pilots, or have been picked up by satellite imagery that frankly engage in actions that are difficult to explain.”

He cited “movements that are hard to replicate that we don’t have the technology for … or traveling at speeds that exceed the sound barrier without a sonic boom.”

One such recent case, involving a swarm of unidentified “drones” that bedeviled a flotilla of Navy destroyers off the California coast in 2019, was revealed this week by the technology website The Drive.

But there has been enormous resistance inside the bureaucracy to being forthcoming, said Lue Elizondo, who led research on UAPs in the Pentagon until 2017 and publicly resigned in frustration that the issue was not being treated seriously enough.

“You have all the stigma and the taboo that is associated with it,” said Elizondo, who serves as an informal adviser to the military. “Organizations whose mission this might fall squarely into are resisting adopting this mission. There’s been so much public taboo about this for decades that no one wants to risk their professional careers and that of their bosses on a topic like this without being directed.”

He also sees what he called “passive resistance,” or “they’re just not going to do anything to support it,” such as applying resources or personnel to the activity.

Others see a lack of cooperation among different agencies and a desire to protect sensitive information that could benefit adversaries.

“One of the challenges that [the Defense Department] has had in the past is that a lot of these intelligence-gathering organizations, a lot of the military services’ organizations that gather data on intrusions, are all extremely stovepiped and federated,” said Ellen Lord, who served as undersecretary of defense for acquisition and sustainment until January and was briefed on the Pentagon efforts.

She also said there may be valid reasons not to make it all public. “I think it is sometimes easy … to go down a rabbit hole for the sci-fi, alien piece of this,” she said in an interview. “In reality, there is a lot of technology that has been leveraged by our adversaries and we have ways to deal with that.

“But that is something that is not typically spoken about in public forums. Therein lies the challenge of some of these things,” she added.

The secrecy surrounding the effort has been demonstrated by the Pentagon’s refusal to even discuss any details of its UAP task force, not even how many personnel are assigned to it or what budget it has been given.

Elizondo believes there is little chance such obstacles can be overcome by June under the current level of effort and is advocating for an interim report that requests more time and resources. “We can do this right or we can do it right now,” he said.

“It’s certainly not sufficient time to provide a comprehensive, government-wide report that Congress not only expects, but that Congress deserves and frankly, so does the American people,” he added.

Mellon thinks it could take months or longer. “In addition to the onerous job of trying get everyone to come clean,” he said, “there will be a sensitive and probably difficult process of getting all the players … to agree on the language and approve it. That process alone could take weeks or months.”

Mellon also said the direct involvement of senior executive branch officials, including Haines and Deputy Defense Secretary Kathleen Hicks, “is likely to prove necessary to compel the cooperation needed to do the job properly.”

The good news,” he added, “is the leadership on both sides appear to be taking this issue seriously and are acting in good faith.”