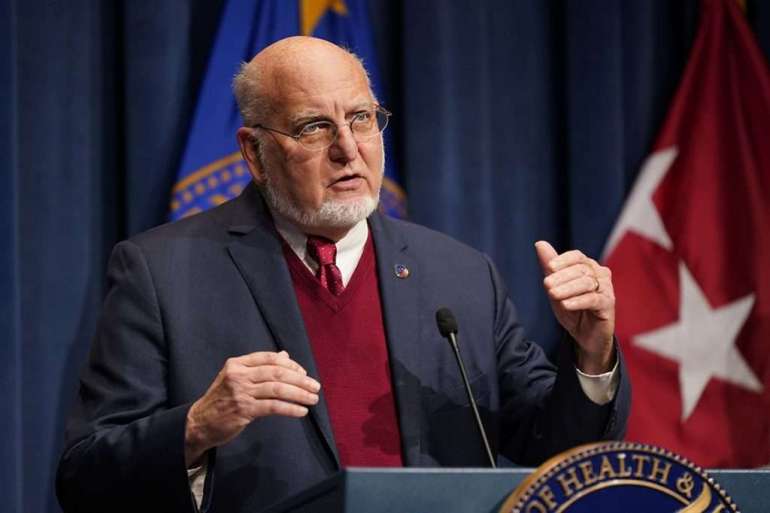 Regarding the origins of the virus, Redfield went on to say: “I am of the point of view that I still think the most likely etiology of this pathogen in Wuhan was from a laboratory. Escaped. Other people don’t believe that. That’s fine. Science will eventually figure it out. It’s not unusual for respiratory pathogens that are being worked on in a laboratory to infect the laboratory worker.”

Redfield’s remarks come after a WHO team concluded last month the virus was “extremely unlikely” to have leaked from a Chinese lab — specifically, the Wuhan Institute of Virology — and more likely first transmitted to humans from an animal. The WHO team is expected to release a final report on their findings in the near future, although questions remain about whether its investigation was sufficiently free and open.

Most scientists also believe the virus developed naturally and, at some unknown point, jumped from an animal to a human — just as two related viruses, SARS and MERS, have done within the last two decades. But many experts say they cannot completely rule out the possibility that the virus escaped from a lab, although they consider such a scenario unlikely.

Anthony Fauci, the nation’s top infectious disease expert, addressed Redfield’s interview later Friday at a news briefing by members of the White House Covid-19 Response Team. He said his former colleague “was just expressing an opinion” about the possible origins of the virus.

“I think what he likely was expressing is that there certainly are possibilities … of how a virus adapts itself to an efficient spread among humans,” Fauci said. “One of them is in the lab. And one of them — which is the more likely, which most public health officials agree with — is that it likely was below the radar screen, spreading in the community in China for several weeks, if not a month or more, which allowed it when it got recognized clinically to be pretty well-adapted.”

CDC Director Rochelle Walensky, Redfield’s successor, added: “I don’t have any indication either for or against either of the hypotheses that Dr. Fauci outlined.”

White House press secretary Jen Psaki also weighed in on Redfield’s remarks at her own briefing Friday, saying the Biden administration would await the results of the forthcoming WHO report and “look closely at that information when it’s available.”

Since the initial Covid-19 outbreak in the United States, numerous high-profile conservative commentators, Republican lawmakers and former Trump administration officials have promoted the theory that the virus leaked out of the Wuhan Institute of Virology, offering little evidence to support their assertions as they seek to cast blame on China’s Communist government for the disease’s spread. Former Secretary of State Mike Pompeo and Sen. Tom Cotton (R-Ark.) are among the chief proponents of the lab theory.

Redfield stressed Friday that his assessment of the origins of the virus was “not implying any intentionality” on the part of the Chinese government. But he reiterated that he did not believe the virus “somehow came from a bat to a human and, at that moment in time … became one of the most infectious viruses that we know in humanity, for human-to-human transmission.”

The former CDC director explained that normally, when a pathogen transmits from an animal to a human, “it takes a while for it to figure out how to become more and more efficient in human-to-human transmission. I just don’t think this makes biological sense” for the virus that causes Covid-19, he said.

Susannah Luthi contributed to this report.