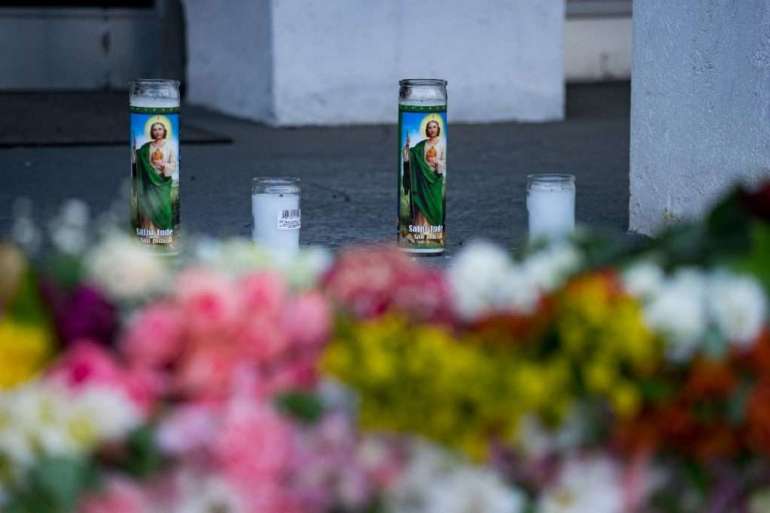 Churches can no longer stay silent about racism, said Pastor Han Byung-chul from the Korean Central Presbyterian Church of Atlanta, who recently formed an anti-AAPI hate group in the city with 11 other religious leaders.

“It should be a time that Asian Americans reflect on their indifference and irresponsibility,” Han said in an interview, using language striking for its rebuke of his fellow Asians. “This is an awakening moment for Asian Americans.”

Pastors are reluctant to align themselves with a party. And right now, their efforts are in the very early planning stages. But they’re making it clear they intend to be a force strong enough to pressure lawmakers and political parties into addressing the needs of the Asian American and Pacific Islander community.

“It’s not about specific politicians or political parties. We want an overarching understanding that we need to create a society where immigrants and Asians aren’t discriminated [against],” said Pastor Lee Jun-hyup from Immanuel Korean United Methodist Church in Marietta, Ga. “Korean churches and Asian American groups will likely put more pressure on lawmakers to implement systematic changes to address these issues.”

A similar political awakening is gaining momentum across the United States. Last week, Pastor Choi Byung-ho, president of the National Caucus of Korean Presbyterian Churches, sent out instructions encouraging pastors around the country to incorporate anti-racism messages in their sermons.

Lew Jae-duk, the president of the Korean United Methodist churches, put out a statement that both condemns hate crimes and criticizes xenophobic lawmakers: “I think politicians who have used Asians as a scapegoat are partially to blame,” he said. “Because the country is struggling, they’re fueling hate against immigrants, minorities and other countries to court the support of the far-right.”

Ultimately these pastors say they want to work with lawmakers to enact policy change protecting Asian Americans from further violence, said Pastor Michael Lee of All Nations Community Church in Bellevue, Wash. Law enforcement must improve both the way it tracks hate crimes and the way those crimes are prosecuted, Lee said. But that can only happen by ensuring all police departments carry a hate crime unit, which can help expedite the investigation of these incidents. He also emphasized the need for oversight committees to monitor law enforcement’s handling of hate crimes.

“All this hype without policy change is just hype. It’s just emotions,” Lee said. “And so I think the only way to make lasting changes is through policy changes. Having a seat at the table with lawmakers, with elected officials locally, statewide, nationally … that’s absolutely essential.”

Like other ethnic groups, Korean Americans often split along generational lines. First-generation immigrants tend to align with conservatives on matters like abortion and the economy; many Korean Americans, for instance, are small business owners who despise taxes and red tape. But younger generations are more likely to tell pollsters that the Republican Party, dominated increasingly by white identity politics, doesn’t represent them.

An invigorated Korean community, pushed to action by Korean churches, could be good news for Democrats, who have been losing ground with the Korean community in recent years, according to early poll data. Although nationally, 57 percent of Korean Americans said they would vote for Biden pre-election, an exit poll conducted by the Asian American Legal Defense and Education Fund found that only 39 percent voted for the current president. While the numbers are still incomplete, it shows that Democrats need better outreach to the community to secure their vote in future elections.

It’s why the current galvanizing around racism works in the Democrats’ favor because Korean Americans approve their handling of the issue: In a September survey by AAPI Data, a demographic data and policy research organization, 63 percent of Korean Americans said they thought Democrats did a better job at addressing racism than Republicans — the highest rate out of all ethnicities polled and 14 percent above the overall Asian American average.

What’s more, this spark in activism among pastors is bridging the generational gap in civic participation for the community. Young second- and third-generation Korean Americans are mingling with older first-generation immigrants at protests against racial discrimination. Korean culture is very family focused, so this multigenerational approach will likely inspire older, first-generation immigrants to stay engaged, activists say. And that, in turn, will likely translate to then having a united voice on issues, fostering higher voter turnout.

“That’s what it feels like for the Asian community: That finally, after all these years of being silenced and minimized and demonized, we have this window,” said Hyepin Im, president and founder of Faith and Community Empowerment. “It feels like we’re finally given this platform for us to speak.”

Until now, these populations have shied away from speaking out about racial issues or even being a part of political movements. Part of that is due to cultural and language barriers, as well as a deeply ingrained belief that religion should not be a part of secular activities, such as politics or protests.

But churches have long held a prominent role in fighting against racial injustice, especially within the Black community. Black churches were the epicenter of the 60s civil rights movement — led by Martin Luther King, Jr., the pastor of the Ebenezer Baptist Church in Atlanta, and his network of fellow preachers across the South — as they hosted community meetings, organized mass marches and provided spiritual support.

Korean churches today are following in that tradition, said Omar Wasow, a politics professor at Princeton who tracks political movements. And he sees many of the same patterns playing out in the Korean community today.

“Young people were perceived as too militant and older generations were like, ‘We need to keep our heads down in the context of civil rights activism,’” he said. “Some of what brought an older generation along was the Black church and leaders there who could kind of bridge these more traditional institutions and a more activist kind of wing in the community.”

These churches will likely act as a safe space for first-generation immigrants who have historically felt they’ve never had a platform to voice the discrimination they feel, Im said. It’s the best way to keep this population — which has long been coveted as a “silent giant” among local organizers who see the group’s potential — engaged despite their long-held wariness of civic participation due to cultural and language barriers, she added. Organizers had already been targeting this group because of its sheer size: 70 percent of Asian Americans in Georgia are foreign-born.

As the number of politically engaged Korean Americans grows, with church pastors at the forefront, the group will likely have “to actually search what they want to fight for” beyond fighting racial injustice, Wasow said. Surveys already show that Korean Americans are heavily invested in the economy, environment, education and national security, and the current burgeoning political movement will likely encourage members to speak out more publicly on these issues than ever before.

But even the starting fight against racism won’t be an easy process for Korean churches, warns Peter Chin, a Korean pastor at the Rainier Avenue Church in Seattle, Wash., who has ministered churches with a majority Black congregation. That’s particularly true for the many first-generation pastors who may feel “standing up for racial justice is very foreign,” Chin said.

“Black churches had to actively live against white supremacy from the time of slavery, and Jim Crow and the civil rights movement. So their voice on these matters has really been life or death for almost 300 years,” he said.

“Whereas for Asian churches, it’s so new that that kind of foundational language and the common denominators and experiences and numerous experiences that would kind of frame that aren’t there yet. That breadth of experience hasn’t really taken place.”

One of the many cultural factors that has kept Korean Americans out of the political arena is the idea, held by many first-generation immigrants, that they ought to work hard, keep their heads down and not complain. Political scientists have called this phenomenon “the model minority myth” — and younger generations of Korean Americans are increasingly chafing against this narrow conception of their identity.

Now first-generation religious leaders like Han from the Korean Central Presbyterian Church of Atlanta are joining the criticism against the stereotype, which he regrets churches have helped perpetuate.

“Us priests are likely one of the people who have spread the model minority myth to our congregation. We told Christians to follow those stereotypes by putting successful people on a pedestal, yet failed to teach them about their role as a responsible citizen and the importance of solidarity,” Han said.

On a recent Sunday, Han and a group of 11 other local religious leaders held a prayer vigil outside of Gold Spa, one of the shooting sites where three Korean women were killed. The parking lot was packed with people wearing masks. Some held white chrysanthemums, the mourning flowers of Korea that are rarely seen in the U.S., in one hand — and signs condemning racism in the other. Attendees sang “Come Now, O Prince of Peace,” which echoed throughout the area, as cars honked along in the background.

During the event, which was conducted entirely in Korean, Han addressed the crowd, gently chastising those who cling to the model minority myth. It wasn’t exactly the booming oration of a Martin Luther King, Jr. or a Ralph Abernathy, but his words felt like a major leap for a community more accustomed to staying silent — the quiet eloquence of newfound determination, of previously untapped resolve.

“We’ve lived with the idea that simply working hard and caring for our family is enough,” Han told the congregation. “Yet look at what that’s made us: We failed to become responsible citizens of the U.S.

“Real, responsible citizens don’t just seek their own survival,” he went on. “They envision and work toward a world where everyone can live together in prosperity.”