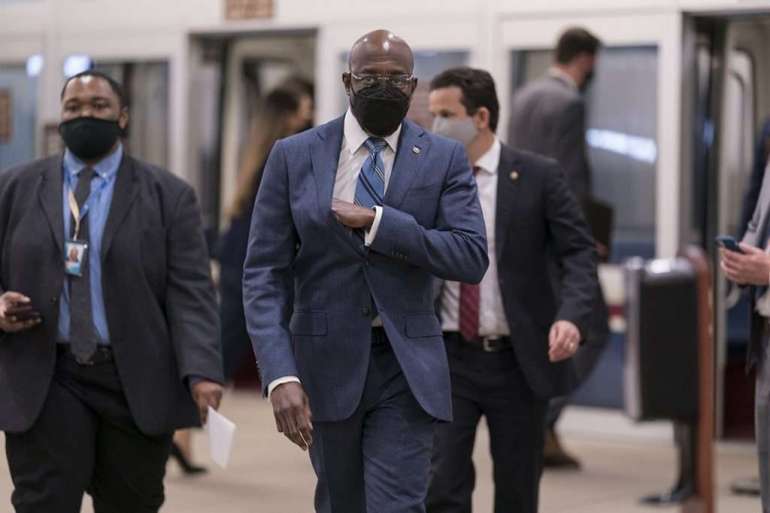 Warnock, whose election in January helped Democrats take narrow control of the Senate, said he was “heartened” when Biden sharply criticized new, restrictive voting legislation in Georgia that was signed into law by Republican Gov. Brian Kemp last week, but said the president’s first major legislative achievement — a $1.9 trillion coronavirus relief package passed along party lines — wouldn’t have been possible if it wasn’t for voters from his state.

“We wouldn’t have passed the American Rescue Plan had the people of Georgia not stood up in the way that they did, historic turnout,” Warnock said. “And, as a result of that, we were able to pass a historic piece of legislation, shots in people’s arms, checks in their pockets. … And so we got to do both of those things.”

Earlier this month, House Democrats passed a comprehensive voting rights bill, dubbed H.R. 1, that would target Republican efforts to restrict voting access, including provisions that would require states to provide same-day voter registration, allow at least two weeks of early voting and offer drop boxes for ballots. The legislation awaits action in the evenly divided Senate, where it’s unlikely Democrats will be able to win over at least 10 GOP votes to defeat a Republican filibuster.

However, Warnock insisted that Democrats needed to work with Republicans because “if we don’t do anything else in the Senate, we have to stand up for the democracy.”

“I think that we have to pass voting rights no matter what,” he said. “This is an assault on the covenant that we have with one another as an American people. And it’s my job to protect it.”