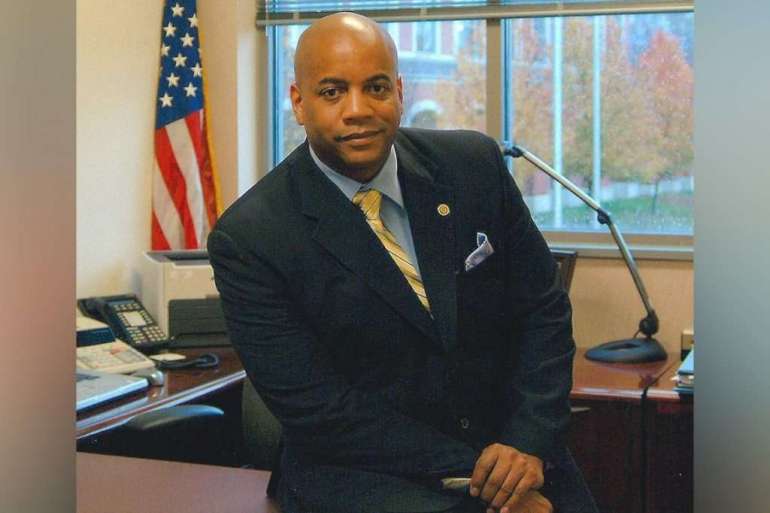 Tim Alexander, a 55-year-old political newcomer, is seeking the Democratic nomination for Congress in New Jersey’s 2nd District to challenge Van Drew, the Democrat-turned-Republican who pledged his “undying support” in late 2019 to then-President Donald Trump and has arguably become the state delegation’s most controversial member.

Alexander’s background could provide a rare case in which a candidate can speak firsthand about police brutality without risking being pegged as anti-police. His website states “police brutality is real” but that he’s not “a proponent of defunding the police.”

Van Drew was reelected last year, but Democrats aren’t giving their fight to oust him in 2022. Kennedy, a native of the South Jersey district who’s from a local political family and who married into the famous national political dynasty, has not ruled out another run. Hector Tavarez, a former member of the Egg Harbor Township Board of Education who runs the local Police Athletic League, has also declared his candidacy.

The 2nd District, which includes all or parts of eight counties, covers a wide swath of southern New Jersey, stretching from the Atlantic Ocean west to the Delaware River. A swing district, it voted for Barack Obama in 2008 and 2012 and then Trump in 2016 and in 2020.

Alexander thinks his story is compelling enough that will it make up for a lack of major fundraising resources thus far.

“I believe if I get my story in front of people, it will resonate with them,” Alexander, who is married with three children, said during a lengthy phone interview. “That incident, it shaped me. It shaped every aspect of my life.”

The “incident” occurred in May 1985 when the Newark-born Alexander was 19 and living in Vineland, a small city in South Jersey that is now part of the 2nd District. He had recently been kicked out of the New Jersey State Police Academy after twice failing a required test and was in Newark with his grandparents making funeral arrangements for his father, who had died days earlier after a surprise diagnosis of lung cancer.

According to Alexander, he had just dropped off his grandparents at their home in Newark and as he began to drive away in his burgundy Monte Carlo, a green Chevy Nova pulled up in front of him, blocking his path. Three men with guns got out. When Alexander threw his car into reverse, one of the men opened fire, narrowly missing him. A bullet pierced his driver’s side door.

Alexander, who thought he was being carjacked — Newark would later gain the dubious distinction of being labeled the “car theft capital of the world“ — gave up the fight. He got out of his car and threw his wallet and keys onto the front seat.

“I said, ‘You know what, it’s in the car, have a nice day,” Alexander recalled saying as he began walking away.

“We are going to take you, too,” one of the men said, according to Alexander.

Alexander said that as he began walking toward his grandparents‘ house, one of the men approached and handcuffed him. That‘s when he realized the men were police officers and not carjackers.

According to the lawsuit, the officers — all white — ignored Alexander’s entreaties that they look inside his briefcase, where they’d find training manuals from his two months at the State Police academy. When they arrived at the local police precinct, Alexander said, he learned he was being charged with with aggravated assault against one of the officers.

Eventually, he said, he convinced a superior officer to call the police academy.

“They come back, take the cuffs off, say ‘We made a major mistake,’” he said.

Alexander was released on his own recognizance and, at a court date days later, he said, a city solicitor offered to downgrade the charges if he’d sign a waiver promising not to sue. He refused and filed a counter criminal complaint against the police.

A grand jury refused to indict Alexander or the officers.

The lawsuit, which he filed in 1987, was eventually settled under confidential terms.

“I can’t say details other than it wasn’t a lot of money,” he said. “By the time we paid off the criminal attorney and the civil attorney took his piece, I think my wife and i were just able to get caught up on some bills.“

The incident did not deter Alexander from his quest to become a police officer. His grandfather, he said, encouraged him to continue pursuing his dream.

“He said ’You’re not like these people. You want to be better than that and you can be,” Alexander said.

He‘s worked with a lot of good cops, and some bad ones, he said.

Alexander said one of the first officers he was partnered with early in his career believed people he’d stop on the street had outstanding warrants against them when, in fact, he was just racially profiling them.

“Not four years after I was the victim of racial profiling, here I am … unwittingly doing it,” he said.

Alexander worked in Atlantic County for 24 years, retiring in his late 40s. He earned a law degree from Rutgers Newark and in 2014, took a job as an assistant DA in Philadelphia, then as an attorney in the Philadelphia Law Department’s Civil Rights Unit before becoming a civil rights attorney in private practice.

Van Drew, his congressman, switched parties in late 2019 after he lost Democratic support because he refused to vote to impeach Trump, famously pledging his “undying support” during a meeting with the president at the White House.

Alexander worked as a volunteer for Democrats on Election Day, traveling to a few polling places to help Kennedy, the Democratic nominee. Despite his support for Kennedy, he said he was “disappointed” in how she handled herself during the campaign, including during her televised debate with Van Drew.

“Here you have a white male telling this woman who she is. And she didn’t say anything counter to that. He tied her with defunding the police when she never said that. She could have cleaned that up and expressed what her position was,” Alexander said.

While Alexander admits he doesn’t have the network of wealthy donors Kennedy has, he believes his experience can resonate with voters.

“Want to talk about racial inequities?“ he said. “I’ve experienced that being a Black man in America today.“