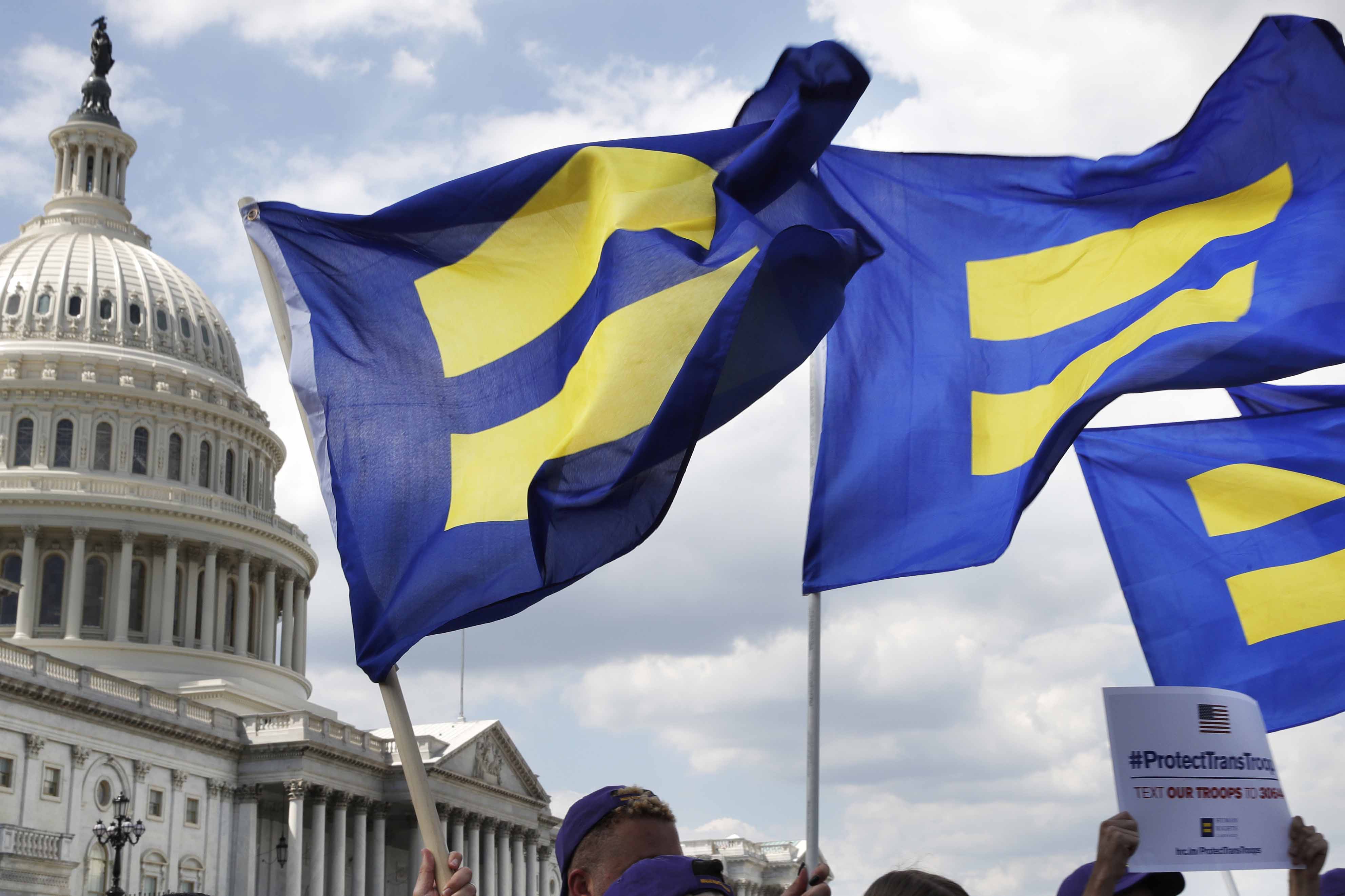 Biden’s executive order overturned the Trump policy and immediately prohibited any service member from being forced out of the military on the basis of gender identity. Defense Secretary Lloyd Austin then gave the Pentagon two months to finalize the more detailed regulations that the military services will follow.

Austin has also called for a reexamination of the records of service members who were discharged or denied reenlistment because of gender identity issues under the previous policy. Results of that review have not been released.

After Donald Trump took office, however, his administration delayed the enlistment date and called for additional study. A few weeks later, Trump caught military leaders by surprise, tweeting that the government wouldn’t accept or allow transgender people to serve “in any capacity” in the military.

After a lengthy and complicated legal battle and additional reviews, the Defense Department in April 2019 approved a policy that fell short of an all-out ban but barred transgender troops and recruits from transitioning to another sex and required most individuals to serve in what the administration called their “birth gender.”

Under that policy, currently serving transgender troops and anyone who had signed an enlistment contract before the effective date could continue with plans for hormone treatments and gender transition if they had been diagnosed with gender dysphoria.

The new policies being released Wednesday are similar to those developed in 2016.

As of 2019, an estimated 14,700 troops on active duty and in the reserves identify as transgender, but not all seek treatment. There are more than 1.3 million active-duty troops and close to 800,000 in the National Guard and Reserves.

Since July 2016, more than 1,500 service members were diagnosed with gender dysphoria; as of Feb. 1, 2019, there were 1,071 currently serving. According to the Pentagon, the department spent about $8 million on transgender care from 2016 to 2019. The military’s annual health care budget tops $50 billion.

All four service chiefs told Congress in 2018 that they had seen no discipline, morale or unit readiness problems with transgender troops serving openly in the military. But they also acknowledged that some commanders were spending a lot of time with transgender people who were working through medical requirements and other transition issues.