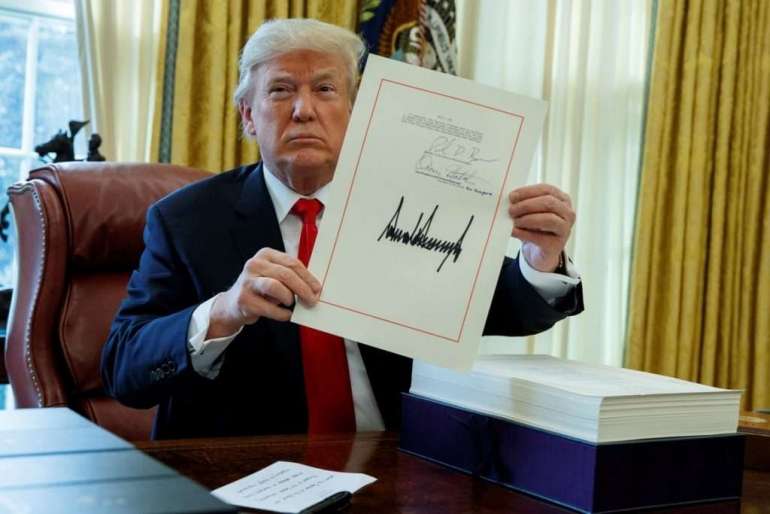 Before their 2017 changes, the U.S. had the highest corporate rate among developed countries, and many companies were stockpiling profits overseas to avoid the tax. A growing number of companies were moving their headquarters abroad in so-called inversions to escape the IRS.

But that argument fell flat with many voters, and Democrats handily won the public relations battle pointing to things like a wave of stock buybacks on Wall Street.

Biden wants to increase the corporate rate to 28 percent, which is actually what the Obama administration had proposed when he was vice president. That would raise about $700 billion.

He would generate even more savings with a flurry of other, more arcane, tax increases with acronyms like QBAI and FDII, that won’t mean much to average voters but will set off alarm bells in corporate tax departments.

Many of those provisions focus on toughening a minimum tax known among experts as “GILTI” that Republicans imposed as part of their 2017 law on U.S. companies operating overseas.

Biden would double its tax rate, eliminate a special deduction against the levy and change how companies go about calculating the tax, among other things.

Democrats contend the targeted provisions encourage companies to move their operations overseas, though the evidence is hardly clear on that score.

We’re on the verge of a fourth Covid surge. And that has health officials freaked out about a nightmare scenario where cases outpace vaccinations, more new variants emerge and things … get really bad.

Investment and jobs in the U.S. increased in 2018, the first year the Tax Cuts and Jobs Act was in effect, according to JCT.

Republicans say Democrats’ plans will recreate a lot of the problems they were trying to solve because it would leave the U.S. once again with a high corporate tax rate compared to other developed countries.

Under Biden’s plan, businesses would face a combined 32.3 percent corporate tax, including state levies, which would be the highest among developed countries in the Organization for Economic Cooperation and Development. (Excluding the US, the average corporate tax among OECD countries is 23.4 percent).

“Hastily changing the tax system purely for purposes of raising revenues will bring back inversions and foreign takeovers of U.S. companies,” said Sen. Mike Crapo, the top Republican on the Finance committee.

The administration acknowledges the risk of more inversions but says it can address the issue through regulations while also pressing other countries to adopt similar approaches to taxing corporations.