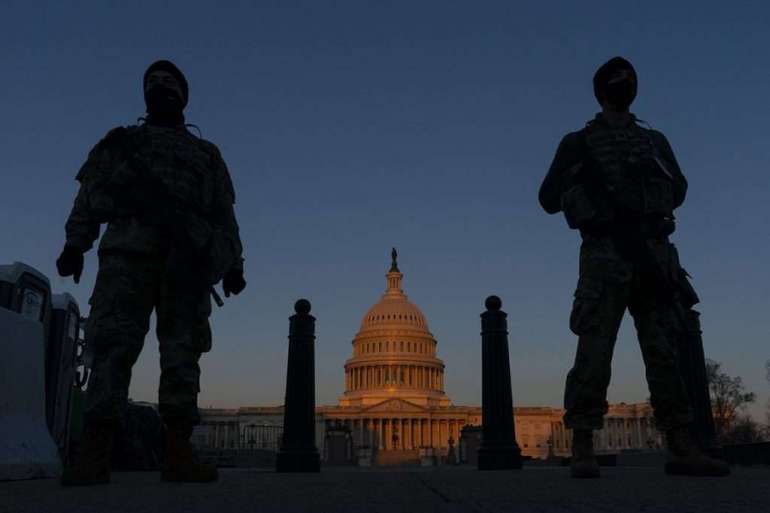 D.C. National Guard leaders began interviewing Guard members posted at the Capitol shortly after it was discovered that the rifle had gone missing. But the incident was not resolved, so it was then referred to the Criminal Investigation Command, known as CID — an indication that more extensive resources were needed to find the weapon, and that the Army is probing potential criminal activity.

The incident also comes as the Pentagon, under Defense Secretary Lloyd Austin, is spearheading an effort to root out extremism within the military.

The Defense Department does not take such incidents lightly. A commander and sergeant major were fired last year after their infantry battalion lost two rifles during a training exercise in December 2019 at Camp Lejeune in North Carolina, and the Naval Criminal Investigative Service was still investigating the missing rifles a year later.

Thousands of National Guard troops were dispatched to Washington from across the country after the Jan. 6 riot. The troops have been patrolling the area and erected tall fencing to extend the security perimeter — some of which has recently been taken down.

While no additional significant threats have emerged since Jan. 6, the Pentagon approved a request from the Capitol Police in early March to keep roughly 2,300 National Guard troops in Washington for the mission, about half the number that was previously deployed there. Over the next two months, the department said it would work with law enforcement to reduce the troop presence “as conditions allow.”

The news of the missing rifle comes as the Pentagon is already under fire from lawmakers for allegedly slow-rolling the Capitol Police’s request for additional National Guard support as the situation unfolded on Jan. 6. Maj. Gen. William Walker, commander of the D.C. National Guard who was recently tapped to be House sergeant-at-arms, testified that senior officials took hours to approve the request, concerned that the optics of National Guard troops approaching the Capitol would “inflame” the rioters.

Pentagon officials dispute that account, saying that former acting Defense Secretary Chris Miller acted promptly to address the request, but acknowledged that the approval may not have been relayed quickly to Walker.

Still, Walker testified that a faster Guard response could have helped prevent the situation from escalating.

“We could have helped extend the perimeter and push back the crowd,” Walker said.