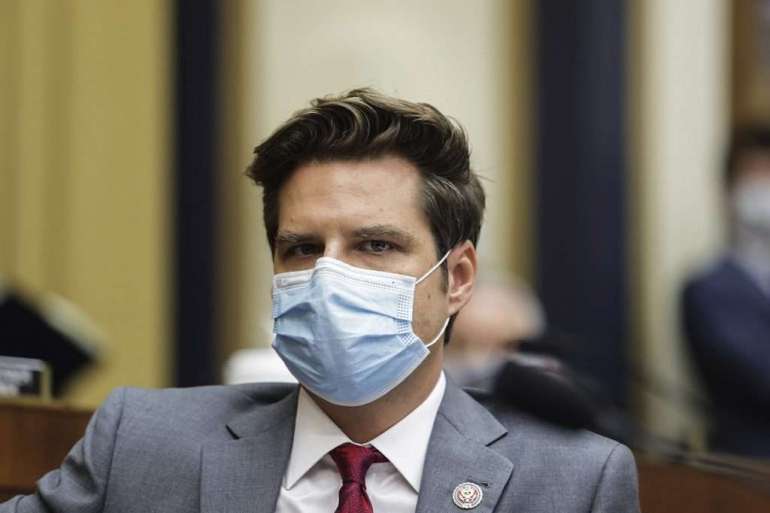 The departure of a senior staffer like Ball would seem to be a significant blow to Gaetz, a prominent Trump backer who has flooded Twitter and the airwaves with denials. Both House Speaker Nancy Pelosi and Minority Leader Kevin McCarthy have said Gaetz would lose his committee seats if indicted, as mandated by House rules.

The news of the departure comes in wake of a New York Times report that said the DOJ investigation into Gaetz and a former Florida local tax collector, Joel Greenberg, centers on “their involvement with multiple women who were recruited online for sex and received cash payments.” The report cited text messages and receipts as well as people “close to the investigation.”

The Times also reported, citing three unnamed sources, that Greenberg met women on websites that “connect people who go on dates in exchange for gifts, fine dining, travel and allowances.”

“Mr. Greenberg introduced the women to Mr. Gaetz, who also had sex with them, the people said,” the Times wrote. Gaetz denied “ever paying a woman for sex.”

In Gaetz’s effort to clear his name, he has claimed the allegations are part of an extortion plot, among other things.