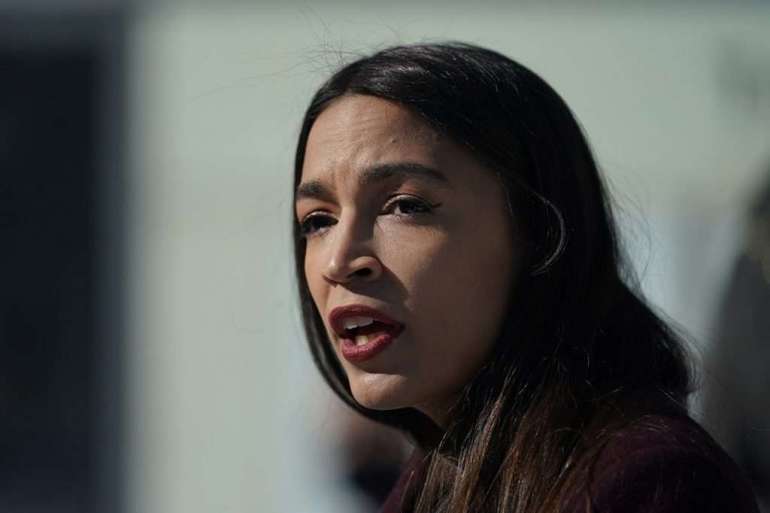 Even if imperiled House Democrats refund her contribution now, Ocasio-Cortez’s name is almost certain to show up on their Federal Election Commission reports when they’re due this month — creating a liability for members of her party who have to win reelection in districts where her political brand is poisoned thanks to years of unrelenting Republican attacks.

While some are grateful for the infusion of cash, at least three Democrats have so far either declined the initial transfer or said they would return the money: Reps. Conor Lamb of Pennsylvania, Carolyn Bourdeaux of Georgia and Elissa Slotkin of Michigan, according to multiple sources.

Several people involved with the episode described it as an unforced error by the DCCC, with the staff of its campaign arm failing to anticipate the political ramifications of putting their party’s most polarizing figure on their donor rolls of vulnerable members known as frontliners.

Chris Hayden, a spokesman for DCCC declined to comment on the details but said: “We appreciate Rep. Ocasio-Cortez’s ongoing commitment to a Democratic majority. Due to a miscommunication, some transfers were made in error, but that has been addressed.”

Normally, swing-district Democrats are scrounging for every last dollar to help them secure their reelections, particularly in a first quarter that has been tougher than usual for candidates across the board. But the Ocasio-Cortez donation, these Democrats said, was unsolicited and came without warning. Many of their campaigns did not receive a heads-up from the DCCC about the donation until after it hit members’ accounts — a move that surprised senior aides and campaign consultants.

“The GOP has spent four years saying the frontliners are all socialists. Now they’ve got the receipts to prove it. Anyone telling themselves this won’t be in campaign ads is in denial,” said one Democratic consultant who works for swing-seat members.

In the political donation world, wire transfers are commonly used to quickly move large sums of money from one account to another, particularly in the final stretch of a fundraising quarter and during a pandemic. The Ocasio-Cortez transfers carried clear political risk for some members, however, and some sources pointed out that she could have alleviated the current anxiety by giving to the DCCC directly.

Still, other Democrats said they saw Ocasio-Cortez’s interest in helping endangered incumbents as a positive sign for party unity, even if they were stunned by the method. And privately, the liberal star already is personally close with some of the frontliners, many of whom were elected in the same blue wave that helped Democrats recapture the House in 2018.

She offered to make similar donations to frontline Democrats during the 2020 election cycle but only contributed to those who took her up on the offer, according to two sources familiar with her political operation.

The sophomore New York Democrat spent years at loggerheads with the campaign arm and is among several progressives who have refused to pay member dues to DCCC, in part because of its treatment of liberal primary challengers.

Her current round of donations alone — an intended total of $160,000 — amount to more than half of Ocasio-Cortez’s entire dues goal for the 2020 cycle, according to a dues report obtained by POLITICO.

Ocasio-Cortez is a prolific fundraiser with a campaign machine of her own that could be a major asset to Democrats as they attempt to hold onto their majority next fall. While she has given to some individual frontline Democrats in the past, such as Reps. Mike Levin and Katie Porter of California as well as Rep. Jahana Hayes of Connecticut, her past giving has been more selective.

This year’s crop of DCCC frontliners include 32 hand-picked Democrats who face some of the toughest elections in the country next November. The majority of them flipped GOP seats in 2018. Some, like Levin and Porter of California, proudly identify with the left wing of the party, and would face minimal political risk from an affiliation from the progressive icon.

But Ocasio-Cortez’s money poses a problem for Democrats such as Reps. Jared Golden of Maine and Slotkin, who represent more moderate turf and have sought to distance themselves from the left wing of the caucus. Many of the Democratic frontliners are particularly anxious this cycle after their party’s down-ballot disaster last November, which wiped out 13 incumbents. Even Democrats who clung onto their seats saw victory margins much closer than expected and remain shocked by inaccurate polling.

Now Republican campaigns have obvious fodder for attacks on many of those Democrats as “funded by” or “taking money from” Ocasio-Cortez. Past GOP attempts to elevate Ocasio-Cortez and other younger Democrats of color into bogeywomen haven’t paid huge dividends with independent voters, but their effectiveness in motivating the Republican base means they’re likely to continue — particularly as President Joe Biden looks to incorporate some of her priorities into his agenda.

Still, several Democratic operatives said they are expecting GOP candidates to run attacks yoking their members to Ocasio-Cortez and democratic socialist policies whether or not her contributions get returned.

“If the Republicans are going to hit us on AOC, they’re going to do it anyways,” said one Democratic source close to the process. “They don’t care about the truth.”