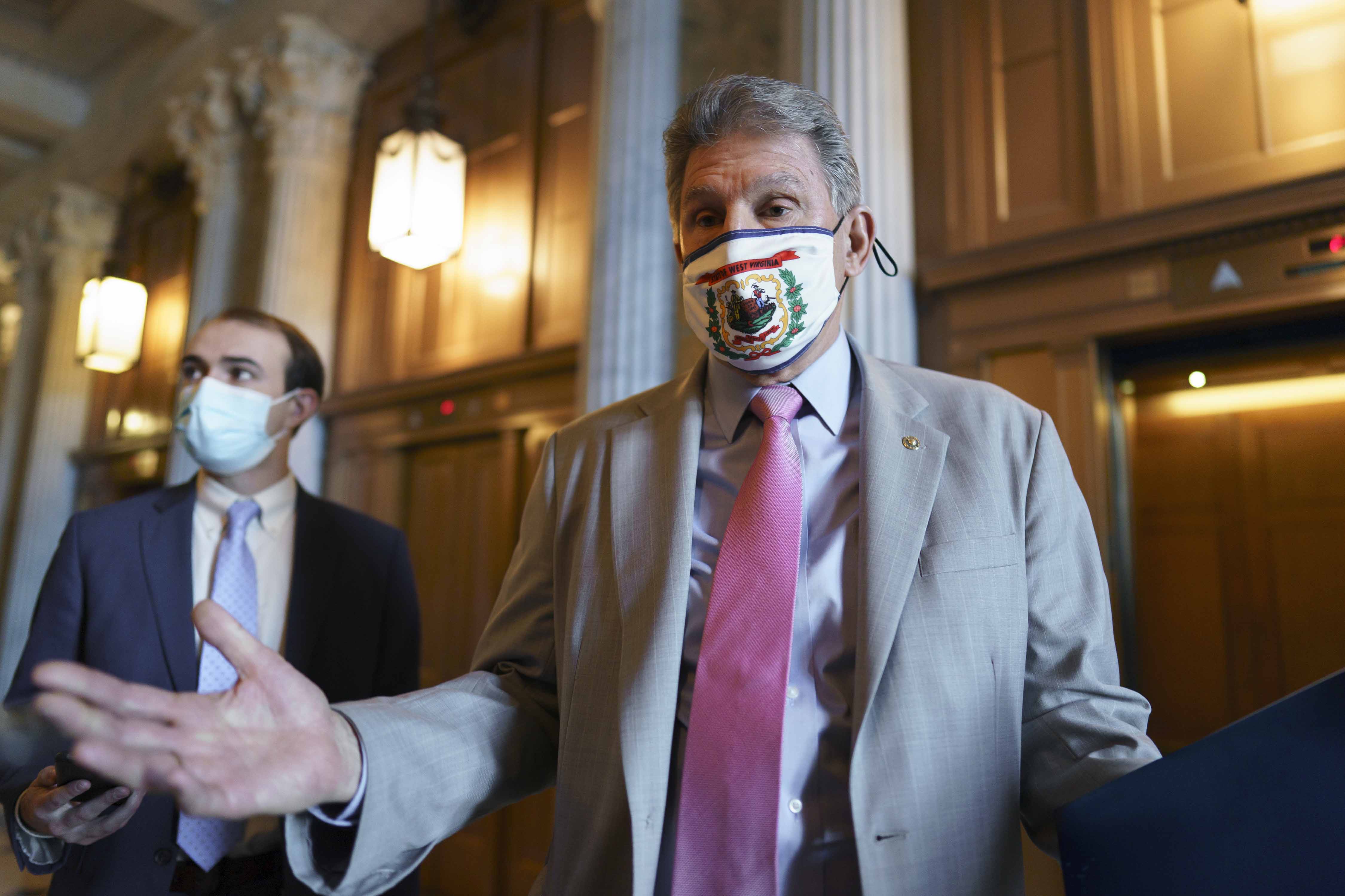 As the presumptive 50th vote on legislation, the Democrats’ most right-leaning senator holds immense sway over Biden’s agenda and made clear on Monday that he plans to use it as the president pushes infrastructure legislation through Congress.

“The bill, basically, is not going to end up that way,” Manchin said in his Monday radio interview. “If I don’t vote to get on it, it’s not going anywhere. So we’re going to have some leverage here. And it’s more than just me, Hoppy, there’s six or seven other Democrats that feel very strongly about this.”

In a telephone interview on Monday, Senate Majority Leader Chuck Schumer said Manchin’s position did not surprise him. He described Manchin as just one piece of the Democrats’ complex and diverse 50-member majority.

“Joe Manchin, look, I always try and show him respect even when we’re disagreeing and arguing. And he’s going to make his viewpoints known and so is Bernie [Sanders], so is Elizabeth [Warren], and we’re going to have to all come together as a unit,” Schumer said.

Indeed, Manchin is no outlier. A few hours later at the Capitol, Sen. Mark Warner (D-Va.) said Monday that he needs to have more input into the White House’s plan than he’s received so far: “I expect to have that input before there’s any package I could support.”

“I’ve had some outreach from the White House, but it was more heads-up than input into the development of the package. So I’ve already expressed some concerns,” Warner said. He declined to address his specific issues but said he would communicate them to the White House.

Manchin said he would be comfortable raising the corporate tax rate from 21 percent to 25 percent but said the United States has “to be competitive and we’re not going to throw caution to the wind.” Biden told reporters on Monday that he is “not at all” concerned about driving corporations overseas with the higher rate: “There’s no evidence of that.”

White House press secretary Jen Psaki said that Manchin’s comments were part of the give and take of the negotiation going forward and defended Biden’s proposal to pay for his big spending bill as “responsible.”

He also signaled he wants a tighter focus on infrastructure and still wants bipartisan buy-in, though he said his Republican colleagues “can’t just be against everything.”

While Biden and Democrats on Capitol Hill have expressed hope that the president’s priorities on infrastructure might pass with bipartisan support, even the most amenable GOP senators have expressed reservations about the bill’s scope and accompanying price tag. Without the support of at least 10 Republican senators, Democrats could pass an infrastructure package via budget reconciliation, a blunt tool that allows Schumer to bypass a GOP filibuster and approve legislation with his 50 members plus Vice President Kamala Harris’ tie-breaking vote.

But even if they take that approach, Democrats can’t go around Manchin, who said “this bill will not be in the same form” when it passes.

Quint Forgey contributed to this report.