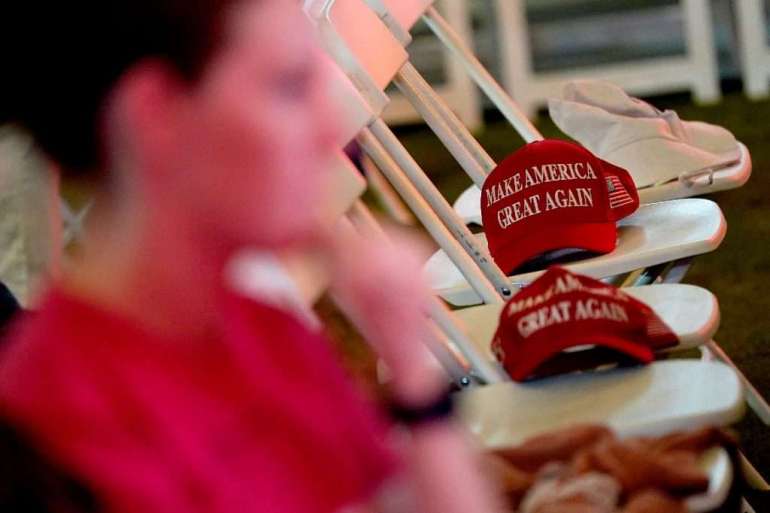 Trump’s email and text messaging machine — which blasted out thousands of fundraising appeals during the 2020 election — has been largely dormant since he left the White House. For weeks, the former president’s top political advisers, including Gary Coby and Brad Parscale, have been working behind the scenes to stand up his financial apparatus.

The effort illustrates how Trump is trying to capitalize on his considerable small-dollar base to establish a massive war chest, bolster like-minded candidates and grow his database of supporters.

“I expect former President Trump to remain a force in small-dollar fundraising. He maintains a pretty potent online fundraising base, which he can use for his political committees,” said Tim Cameron, a Republican digital strategist.

The proceeds are filling the coffers of Trump’s political action committee, Save America, which he can use for an array of political activities, such as holding campaign events and dishing out cash to favored candidates. Save America PAC currently has around $85 million in the bank, according to a Trump adviser, a substantial sum that is likely to dwarf what other conservative committees have on hand at such an early point in the 2022 election cycle.

Trump has long used merchandise to raise cash, most prominently through the red “Make America Great Again” hats that became ubiquitous at his 2016 events. During the 2020 election, his team expanded the effort, selling items that appealed to the grievances of his conservative supporters. The store included items like Trump-labeled plastic straws, an alternative to the paper straws that some environmental groups had proposed, and “Pencil-Neck Adam Schiff” T-shirts lampooning the Democratic congressman, a Trump antagonist.

The items fueled donations and gave the reelection campaign valuable contact information on buyers, allowing the president’s team to follow up with them repeatedly over the course of the election and appeal for cash.

But all that came to an end after Jan. 6, when Shopify announced that it was shutting down the store over Trump’s role in the Capitol riot, saying it “prohibits promotion or support of organizations, platforms or people that threaten or condone violence to further a cause.”

In the weeks to come, Trump advisers worked to reestablish the merchandising operation. Parscale, a former Trump campaign manager who directed his 2016 digital effort, said during a February meeting with Trump and fellow advisers at Trump’s Mar-a-Lago resort in South Florida that he would be focused on helping to rebuild Trump’s online operation.

The team decided to host the new store on WinRed, the Republican Party’s primary small-dollar fundraising platform. They also chose to develop a new email system housed by Parscale’s newly launched Campaign Nucleus, which describes itself as an “automated digital ecosystem made for efficiently managing political campaigns and organizations.”

The Trump team sent out text messages to supporters Wednesday telling them he was giving them “PRIORITY-ACCESS” to the new store, which they described as the “ONLY place to get your OFFICIAL Trump Merchandise.” They are also expected to send out emails promoting the shop.

“President Trump received almost 75 million votes only a few short months ago and leads the greatest political movement we’ve ever seen. His new fundraising effort for Save America will help keep this community intact and engaged, which will be crucial to Republicans winning back the House and Senate in 2022,” said Jason Miller, a Trump adviser.

Trump has been taking steps to develop his broader financial machine and maintain his connections with the party’s major givers. The former president has tapped former campaign manager Corey Lewandowski to oversee a super PAC. And later this week, Trump is slated to speak at a pair of donor retreats at Mar-a-Lago.

He has moved to lock down the party’s cash machine by imploring supporters to donate to Save America, which he has described as the “only” way to give to Trump-aligned candidates. Trump’s legal team last month sent cease-and-desist letters to GOP campaign committees asking them to stop using the former president’s name in fundraising appeals, a request that has been ignored.

Trump aides say the decision to migrate to conservative outfits like WinRed and Campaign Nucleus reflects a desire to end their reliance on big technology companies that shunned Trump following the Capitol riot. After being kicked off Twitter, Trump has been using a daily stream of Campaign Nucleus-sent press releases to communicate with the media and supporters.

Trump’s fundraising operation has come under scrutiny in recent days following a New York Times report that the reelection effort had misled unsuspecting online givers by defaulting them into giving recurrent donations up until the election. Trump, in response, has insisted his fundraising was done “legally.”

It is unclear whether Trump’s forthcoming online appeals will adopt the same tactics to push supporters toward recurring donations, or if the formatting of the messages will allow them to more easily opt-out and ensure they are only giving a one-time contribution.

Trump is widely seen as the most formidable fundraiser in the Republican Party, But as he embarks on his post-presidency some in the party question whether he can maintain his past performance.

“His supporter lists and ability to drive fundraising to his endorsed candidates is going to be very powerful,” said Eric Wilson, a Republican digital strategist.

But, Wilson added, “It’s going to be difficult for Trump to command the kind of attention he was used to when in the White House, especially given the limits platforms have placed on him.”