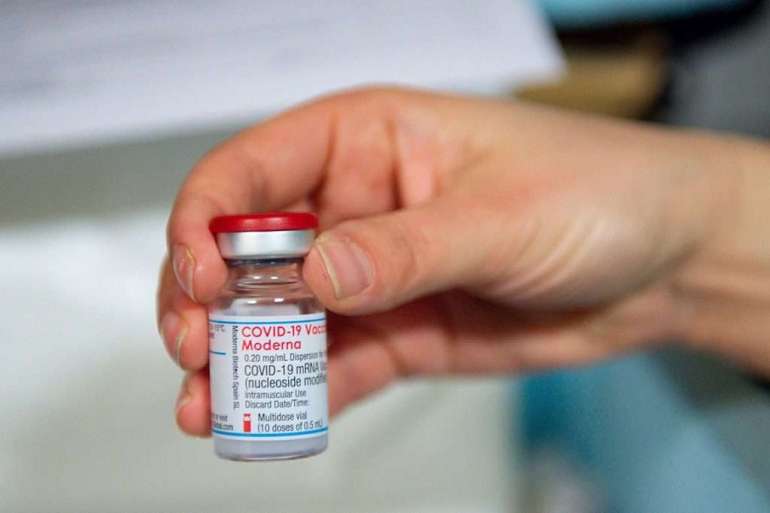 “We started, I would say, in a position that I don’t want to find ourselves to be in the future, whatever may come next,” Industry Minister François-Philippe Champagne told POLITICO in a recent interview.

But even as the government works to get the country ahead of Covid variants, it’s determined to establish better footing for the next pandemic. It’s not alone.

“Many countries of the world have drawn the same conclusion as Canada, that they would want to have more domestic capacity. … Part of the challenge is getting [companies’] attention and attracting them to Canada,” Champagne added.

Lessons from the fallout: The biomanufacturing scarcity in Canada has highlighted the health risks of foreign dependence as well as the political ones.

Prime Minister Justin Trudeau has faced flak for Canada’s program to get doses into arms. Trudeau has predicted everyone who wants to get vaccinated will be able to by September, though he’s recently said the timeline could end up being shorter. Just 1.76 percent of Canadians were fully vaccinated as of March 27 and only around 10 percent had received one dose, says the Public Health Agency of Canada.

Last year, his government signed contracts totaling more than C$1 billion with eight drug companies to line up promising vaccine candidates from abroad. Canada, however, won’t have the capacity to produce its own Covid-19 vaccine until the end of 2021 at the earliest.

An inside look at Canadian politics and power in Ottawa.

Criticism has focused on whether Canada could have produced its own vaccines, rather than depending on international drug shipments, some of which have seen delays.

Trudeau has acknowledged the pandemic caught the world off guard and there’s been much to learn from it.

Canada’s pitch to pharma: Champagne, who is Trudeau’s point person on rebuilding vaccine manufacturing in Canada, said he’s been working the phones with pharma CEOs trying to entice them to invest in the country.

The minister’s sales pitch includes promoting Canada’s research institutes, its highly skilled labor force and how it has the smallest population in the G-7.

“That is a true advantage because on one hand you can come here and satisfy our domestic needs relatively quickly and you can use Canada as a base to export to the world,” he said, noting Canada has trade deals with the Pacific Rim, Europe and North America.

The biggest obstacle? Champagne, who was foreign minister until Trudeau shuffled him into his new job in January, says it’s getting the companies’ attention in a crowded global field.

Future planning: Dr. Alan Bernstein, a member of Canada’s Covid-19 Vaccine Task Force, said in an interview that the pandemic has reinforced the need for governments to partner with the private sector.

For example, he said the U.S. government has had success by partnering with drugmakers on a vaccine through the Trump administration’s accelerator Operation Warp Speed. In contrast, he said the European Union decided it would only be a consumer.

“And look who’s in bad shape these days,” said Bernstein, who’s also president and CEO of CIFAR, a Canadian-based global research organization. “When there’s a pandemic — and there will be another one, of course … there’s a public interest at stake and therefore there has to be a public investment on the line.”

Bernstein argued Canada falls somewhere in between the U.S. and the EU because it secured vaccine doses and started investing in its own production capacity for the future.

From bad to worse: He said successive governments over the past 25 years failed to encourage drug companies to stay in Canada.

“We never worried about it because, of course, we had supply,” Bernstein said. “There was always lots of it around, so it was never viewed as being an issue until this pandemic came along.”

Pamela Fralick, who heads the pharma industry association in Canada, said that conditions in the country haven’t been hospitable to the sector for decades. In recent years, she said the Trudeau government’s costly regulatory measures made it worse.

Fralick, the president of Innovative Medicines Canada, said that prior to the pandemic relations between government and industry were at a low point. Global pharma CEOs, who have the power to direct the investments, reached out to the Trudeau government four times pre-pandemic and “effectively didn’t get any kind of meaningful response,” she said.

“We couldn’t even really get meetings with a minister as an association here in Canada,” said Fralick, who added that the pandemic has lowered the tensions and led to a “fragile, but positive change.”

Trudeau himself has highlighted his direct conversations in recent months with the top global pharma executives, including Pfizer’s Dr. Albert Bourla.

The global race: Bernstein said the pandemic has forced countries to find ways to shore up vaccine supplies, an environment that has created bidding wars with manufacturers.

“[They want] to make sure that, for the next pandemic, they’re not caught with their pants down,” he said. “Every politician is highly motivated to fix this situation.”

Fralick said the pandemic has indeed launched an international contest.

“Just about every country in the world will feel blindsided by this pandemic. … Canada’s certainly not alone,” she said, noting only a handful of countries produce the vaccines. “We were caught flat footed.”

The effort, so far: Last week, Champagne announced a federal investment of up to C$415 million towards a new Sanofi flu vaccine manufacturing facility in Toronto. The deal offered a roughly 50-50 split between governments and industry.

Fralick, who doesn’t know the terms of the deal, said “50-cent dollars” must have taken precedence over the company’s concerns about some of the other issues.

In February, Trudeau announced a memorandum of understanding with Novavax Inc. that would see the company produce its Covid-19 vaccines at a new Montreal facility, which received C$126 million in funding.

The facility is expected to be ready to produce vaccine in late 2021. The Novavax vaccine is still under review and has yet to receive Health Canada approval.

The government has also announced deals to expand biomanufacturing with domestic companies, including investments of up to C$173 million with Medicago and C$25.1 million with Precision NanoSystems Inc.

What’s next: Champagne says Canada is in talks with numerous players. “We’re trying to advance as many of them as possible and I think you’ll see more coming,” he said. “I don’t have a crystal ball, but I think we need to be better prepared for whatever may come next.”