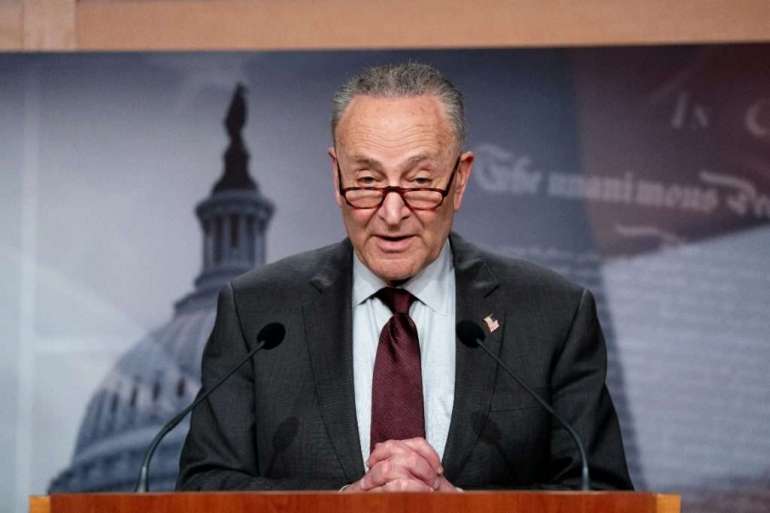 The befuddlement that still surrounds the parliamentarian’s opinion has major consequences for the Democratic agenda. The decision could give Democrats at least three more opportunities to steer bills past Republican opposition before the midterm elections without trying to axe the Senate filibuster — a move that doesn’t yet have universal support within their party. But if the ruling carries certain constraints, enduring the grueling budget process could be much less appetizing for Democratic leaders.

And their members already aren’t excited about turbo-charging a legislative path that demands hours of floor time.

“I think the appetite for another reconciliation bill is good. I think the appetite for a third reconciliation bill starts to diminish,” Rep. Jackie Speier (D-Calif.) said in an interview, referring to the arcane process that Schumer may have secured another chance at. “Regardless of what the parliamentarian has said, I think we recognize that we have a limited time and limited opportunity to achieve these goals.”

Senate Republican aides with firsthand knowledge of the parliamentarian’s decision said it isn’t clear what legislative priorities Democrats could pass with a possible extra shot at reconciliation, or even whether the ruling would limit Democrats’ use of their second attempt. The parliamentarian’s opinion also doesn’t specify whether such action is even allowable this fiscal year, or whether any party would have the freedom to unlock unlimited opportunities to use reconciliation.

One House Democratic lawmaker observed that the party “can put as much into one reconciliation bill as we can into two,” questioning the practical advantage of Schumer exercising the new power he appears to have earned.

“I think Schumer’s on very solid ground on allowing us to revise the budget resolution, but I’m not sure what that accomplishes for us,” this Democrat said, speaking candidly on condition of anonymity.

In fact, Democrats stress that they’ve made no decisions about whether to accept the binds of the budget process to help pass Biden’s infrastructure agenda or other legislative priorities. And they acknowledge that the parliamentarian’s ruling — while significant — raises a number of questions.

But if those questions result in another round of high-stakes jockeying for parliamentarian approval, Democrats are confident that their argument will win.

“The parliamentarian’s opinion was a significant development but certainly not a panacea,” said one senior Democratic aide. “Democrats will continue to have discussions and explore potentially using this tool in the most effective way possible.”

Schumer had asked the parliamentarian for permission to revisit the fiscal 2021 budget resolution that Democrats deployed to pass Biden’s $1.9 trillion pandemic aid package — hoping to unleash a second attempt at reconciliation. While the parliamentarian’s opinion appears to indicate the maneuver is possible, it isn’t necessary. Democrats already have a fiscal 2022 resolution at their disposal, free and clear of any tricky questions if they want to plow forward with the four-decade-old budget law that allows certain measures to evade the Senate filibuster.

Even if Democrats get a full green light to recycle the same reconciliation process used to pass Biden’s Covid bill last month, it’s unclear what they’d use it for, which priorities might get tossed for violating the rules that guide the process and whether it would significantly delay other items on the legislative calendar, like a budget and spending bills for next fiscal year.

Zach Moller, deputy director of economics at the centrist think tank Third Way, said that when he first saw the Schumer spokesperson’s description of the parliamentarian ruling, he thought: “‘Oh, OK, this is a big deal.'”

“And then I reread it and saw there are things that have to get worked out,” Moller added. “And then I thought, ‘Oh, I don’t really know what this means anymore.’ … Clearly this has sparked some debate.”

Democrats on Wednesday downplayed the notion that the parliamentarian’s signal — whether it’s a green or yellow light — would affect future spending bills. House Appropriations Committee spokesperson Evan Hollander said the panel “is moving full steam ahead with the fiscal year 2022 process, beginning with budget review hearings next week.”

Perhaps most importantly, Democrats may not have enough support within their own caucus to use reconciliation again, especially not in a way that could set a significant new precedent. All 50 Democratic senators would have to go along with that approach, which moderates like Sens. Joe Manchin (D-W.Va.) and Kyrsten Sinema (D-Ariz.) have advised against using a second time, not to mention a third.

Minority Leader Mitch McConnell said Wednesday in Kentucky that Biden’s infrastructure package is a “tough sell” in a split Senate, “with or without the reconciliation process.” At least one moderate Democrat, Manchin, has already signaled that he doesn’t support Biden’s plan to hike the corporate tax rate from 21 percent to 28 percent. And his colleagues are listening.

“We’re already hearing Sen. Manchin throw some cold water on it,” Speier said. “I just think that it’s really important to get the highest priority items into this next bill.”

Jennifer Scholtes contributed to this report.