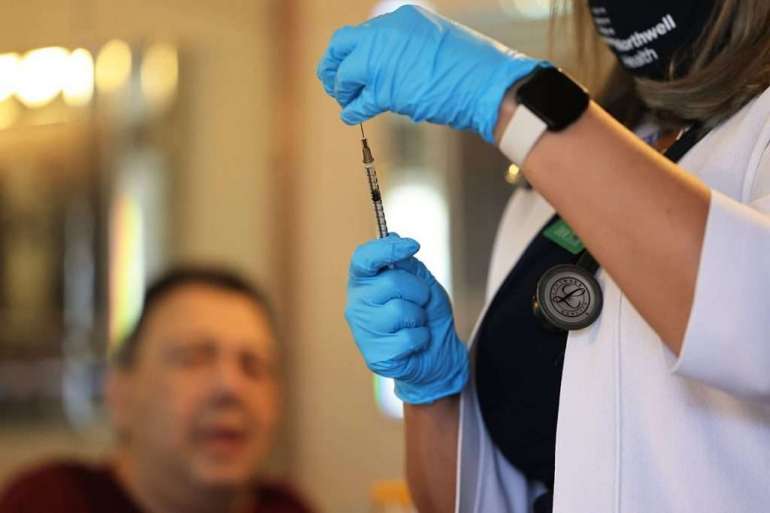 The potential manufacturing gap is the latest challenge to President Joe Biden’s promise to bring the pandemic to a close. South Africa has already rejected AstraZeneca’s vaccine because an early trial showed it wasn’t effective against the B.1.351 strain that dominates there and has now reached the United States. Another variant spreading in America — P.1, first found in Brazil — has raised similar concerns about its ability to evade some of the vaccines now in use globally. Biden administration officials are working overtime to understand how the variants’ spread could alter vaccination strategies. But the lack of manufacturing capacity is limiting America’s options.

For vaccine makers, it’s not clear when or how to begin prioritizing production of the revised shots, said Stephen Ostroff, who spent more than 20 years working at the Centers for Disease Control and Prevention and the Food and Drug Administration. “The question is who, and how, do you make the decision to pull the trigger?”

Preliminary data on the vaccines now available in the United States, from Pfizer, Moderna and Johnson & Johnson, suggest they can ward off the most worrisome known variants, although the shots are more effective against earlier forms of the virus. There is still a chance that an additional dose of those existing vaccines could provide all the protection against variants that people need.

Still, companies caught up in the vaccine race are studying updates to their regimens including booster shots, revised vaccines that target specific variants or a mix of the two.

Moderna, Pfizer and AstraZeneca are among the vaccine makers already testing variant-focused options in clinical trials, with early results expected within two to three months. And the U.S. government is encouraging AstraZeneca, Sanofi and other manufacturers lagging in the vaccine race to concentrate on modifying their original shots to tackle variants, said two senior administration officials.

“Obviously we have the capability of buying, if we need to, boosts with either wild type or variants,” said a third official, referring to the original “wild type” virus used in the first wave of vaccines.

Top Biden staffers communicate often with U.K. officials, where there is a solid grasp on variant spread, said two senior American officials. Health officials also have regular meetings with counterparts in other countries that include discussions of variants and possible strategies to fight them, said one U.S. official and a person familiar with the talks.

The White House did not respond to a request for comment.

Federal officials and outside vaccine experts say that Pfizer and Moderna shots are easy to modify and manufacture on a large scale, because the mRNA technology they use means very few changes need to be made to the original vaccine before plugging the formula back into the same manufacturing system.

But despite the U.S. government’s early conversations with AstraZeneca and Sanofi, it’s unlikely that either of those companies will be among the first to start manufacturing shots aimed at variants if the need arises this year.

5 million doses. Gone. All because a plant accidentally mixed ingredients. POLITICO’s Sarah Owermohle looks at how such a big mistake happened.

AstraZeneca’s original shot, in wide use globally but not yet available in the U.S., is mired in manufacturing challenges and safety concerns. The company is severing ties with a contract manufacturer, Emergent BioSolutions, at the government’s request after Emergent mixed ingredients from AstraZeneca and Johnson & Johnson’s vaccines. (The contractor will now focus on Johnson & Johnson’s shot, already in use in the U.S.)

AstraZeneca has not yet sought permission from the Food and Drug Administration to market its vaccine in the U.S. There are mounting questions about what authorization could look like given persistent concerns in Europe about rare blood clots linked to the vaccine, which have prompted several countries to restrict use of the shot to people 55 years and older.

It’s possible that FDA could follow suit and limit AstraZeneca’s use to older people — already the country’s most-vaccinated population — citing data out of Europe. If the British manufacturer wanted to produce a revised vaccine, it is unclear how long it could take and if Americans will want the shot.

“Regarding boosters, at this stage we are unable to say if or when booster vaccinations will be required. Clinical trials are ongoing and more data will be accrued to better understand durability of response,” an AstraZeneca spokesperson said.

Johnson & Johnson is studying whether two doses of its vaccine outperform the single dose that is now standard, but it has not tried to revise its formula. Moderna began a clinical trial of a booster shot and a modified vaccine with the National Institutes of Health in late March. Pfizer and its partner BioNTech started a booster trial with their original vaccine in February and said they are in talks with regulators about a variant-specific shot.

With these shots still in the lab or early human trials, health officials and pharmaceutical companies say it is too early to think about producing them on a broad scale. But the possibility is on peoples’ minds, especially as the B.1.351 and P.1 variants spread in the U.S. and other countries. Both are more contagious than earlier versions of the virus, and B.1.351 is deadlier.