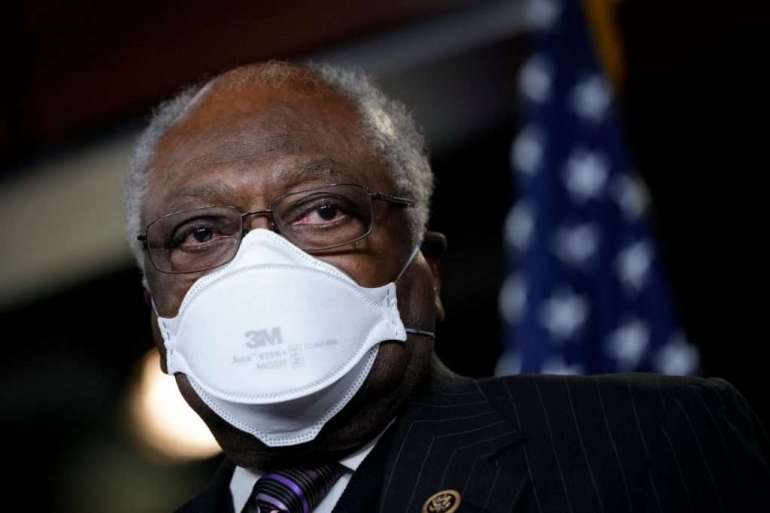 GOP supporters of the new restrictions claim they will hold up election integrity, despite a lack of evidence of any widespread voter fraud. But for critics of the law, it is the epitome of voter suppression.

President Joe Biden is among those vehemently opposed to the restrictions, calling the law shortly after it was passed an “atrocity” and referring to it as “Jim Crow in the 21st century.”

Clyburn echoed Biden’s sentiments on Sunday. When asked by Tapper if he sees the Georgia law as the “new Jim Crow,” Clyburn responded: “Yes, I do, no question about it.”

The South Carolina Democrat added that it’s important to not just look at the language of the law, but to also “look at the impact of what they do.”

Supporters of the bill, including Georgia Gov. Brian Kemp — who signed it into law last month — have defended it by comparing it to other voting laws across the country, even in blue states, and saying it would expand voting access in some ways, such as by guaranteeing a minimum number of drop boxes. But even though the language of the law doesn’t explicitly impose restrictions on a particular group of voters, certain provisions — such as adding new voter ID requirements — are likely to disproportionately affect minority voters.

Clyburn drew a comparison between the law and restrictions instated in the 1800s when Black people coming out of slavery were prevented from voting because they weren’t property owners.

“They were denied the right to vote because they didn’t own property. And then they went from that to having disqualifiers,” Clyburn said. “And they picked those offenses that were more apt to be committed by people of color to disqualify voters than they did for people who were not people of color.”