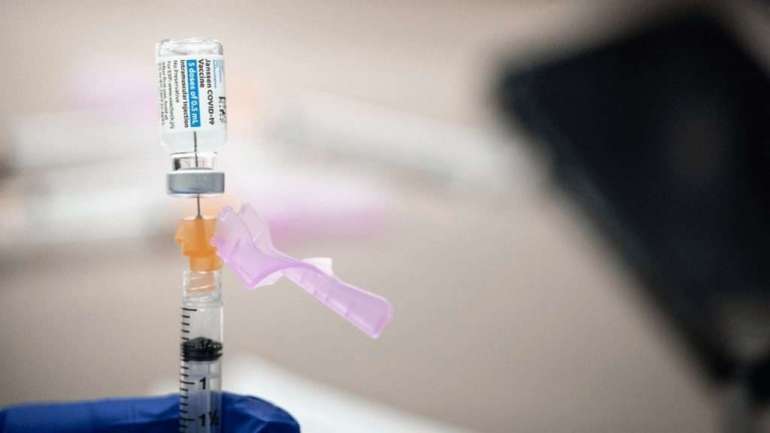 J&J said Tuesday it would delay the rollout of its shot in Europe while safety data is reviewed, and several U.S. states said they would immediately halt use of the vaccine.

More than 6.8 million doses of the single-shot vaccine had been administered in the United States as of Monday, the CDC and FDA said. “This announcement will not have a significant impact on our vaccination plan: Johnson & Johnson vaccine makes up less than 5 percent of the recorded shots in arms in the United States to date,” White House Covid-19 response coordinator Jeff Zients said in a statement.

CDC’s vaccine advisory committee will meet Wednesday to review the blood clotting incidents. The FDA will review the CDC analysis and conduct its own investigation.

“Until that process is complete, we are recommending a pause in the use of this vaccine out of an abundance of caution,” the FDA’s top vaccine regulator, Peter Marks, and CDC Principal Deputy Director Anne Schuchat said in a joint statement.

The officials said on a call with reporters that it is too early to tell whether the blood clots were linked to certain health conditions or other factors such as age and birth control use, but that it is possible more cases could be reported.

Marks also suggested that J&J was seeing the same problems that have led several European countries to limit use of AstraZeneca’s Covid shot, because both are made with adenovirus technology.

“It’s plainly obvious to us already that what we’re seeing with the Janssen vaccine looks very similar to what was being seen with the AstraZeneca vaccine,” Marks said. More than a dozen European countries paused use of AstraZeneca’s vaccine after blood clot reports last month, and while most have resumed use, several are restricting it to older populations.

“Out of an abundance of caution, the CDC and FDA have recommended a pause in the use of our vaccine,” Johnson & Johnson said in a statement. “In addition, we have been reviewing these cases with European health authorities. We have made the decision to proactively delay the rollout of our vaccine in Europe.”

The federal government’s advisory prompted states including Virginia, Ohio, West Virginia and Maryland to cancel plans to administer J&J shots. Some tried to mitigate the immediate disruption by sending doses of Moderna and Pfizer’s vaccines to sites that had been scheduled to administer the J&J shot.

“We are acting out of a wealth of caution,” said Clay Marsh, West Virginia’s coronavirus czar.

Walgreens and CVS also said they would stop administering the vaccine at their pharmacies and off-site clinics.

Providers are working with people scheduled to get the J&J shot to switch to other options, Schuchat, the CDC principal deputy director, said. “This may be a bit bumpy: we want to make sure we are getting the word out to the public and to our providers,” she told reporters. “We’re going to let you know what we know when we know it and what you can do to protect yourself. And our intention is to update you in the days ahead.”

Concerns about blood clots first emerged while the FDA was reviewing the J&J vaccine for emergency authorization. The agency’s vaccine advisory committee recommended the shot be authorized in a 22-0 vote in late March but noted a potential link to rare cases of clotting. FDA said then the available information did not demonstrate a link between the shot and the clotting reports, but that it would continue to monitor how often blood clots occur in the broader population to understand any connection to the vaccine.